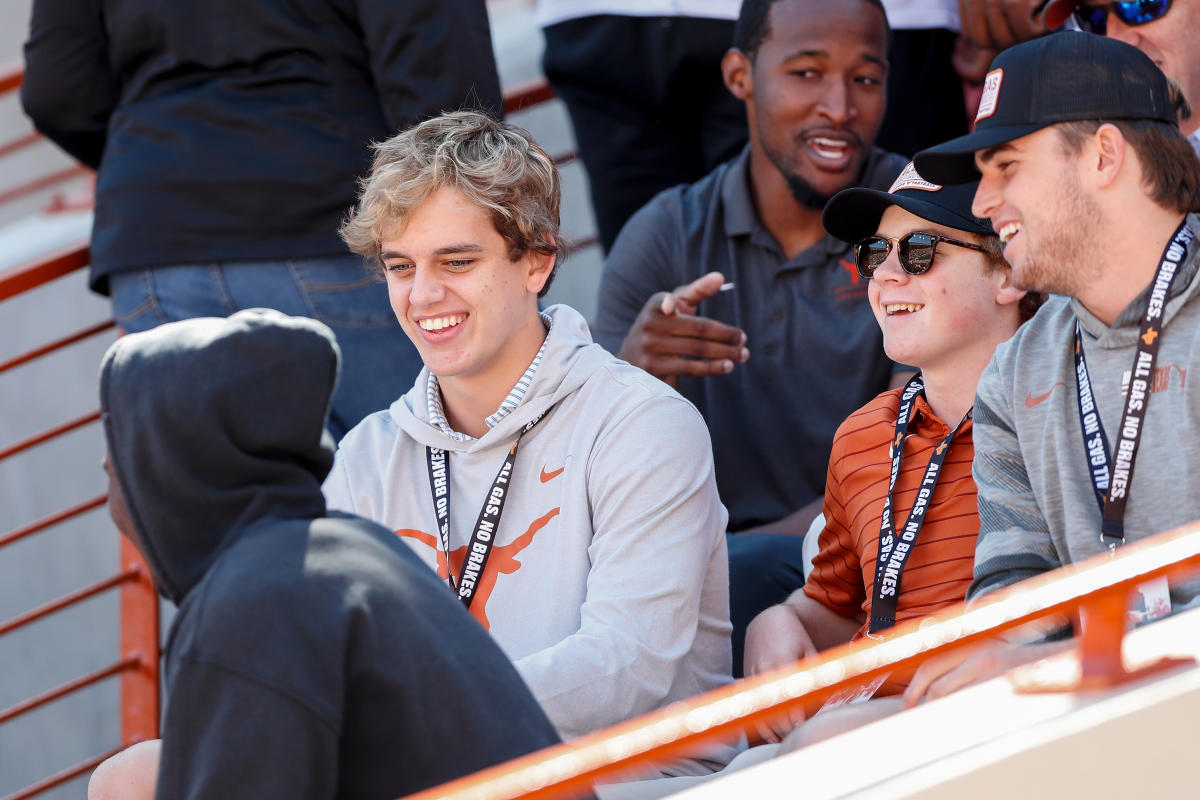 On Thursday, at 11:16 am New Orleans time, the Twitter feed of Arch Manning – whose bio reads “high school student” and account follows exactly no one on the social media platform – sent out its first and, as of now, only tweet.

It would end a recruitment that felt like it was out of the 1960s – almost no interviews, almost no photoshoots, almost no bravado. The news will have reverberations across the 2020s nonetheless.

Arch, the grandson of Archie (Ole Miss), and nephew of Peyton (Tennessee) and Eli (Ole Miss), all of whom went on to the NFL superstardom, is headed to Texas.

“Committed to the University of Texas. #HookEm:”The tweet read, over a picture of Arch dropping back to pass in a Longhorn T-shirt.

That was it. That was all.

Within 90 minutes, it had been retweeted nearly 25,000 times and the news had found its way to unlikely outlets ranging from the breaking news scrawls of cable television, to The New York Times to the Drudge Report. Every effort by the savvy and experienced Manning family to make this as simple and quiet as possible stood no chance to the modern realities of hype and expectation.

Part of it is the last name.

Arch’s grandfather, Archie, is such a legend at Ole Miss that the campus speed limit is 18 miles per hour, a nod to his jersey number. He then went on to become a two-time Pro Bowl selection despite playing on some abysmal New Orleans teams.

Arch’s father, Cooper, had his career as a wide receiver at Ole Miss cut short due to injury but has remained in public life due to an oversized personality and family connections.

Then there are the uncles. Peyton helped transform the Tennessee program in the 1990s before going on to become a five-time NFL MVP and two-time Super Bowl champion in Indianapolis and Denver. Eli starred at Ole Miss in the early 2000s and then won two Super Bowls himself with the New York Giants.

All of the above are regulars in national television campaigns.

Arch followed them to Isidore Newman High School in New Orleans and as a freshman established himself as a future star by displaying an uncanny combination of strength and touch. Scouts almost immediately pegged him as the No. 1 quarterback and overall recruit in the Class of 2023. They haven’t wavered. The recruiting site 247Sports gave him a perfect overall rating, just the seventh player to receive it.

Virtually every school wanted the 6-foot-4 QB and the pressure to get him was enormous. The Mannings tried to keep things simple and rarely discussed or acknowledged the situation. Contact with coaches was limited. Arch’s high school coach was used as a buffer to handle the onslaught.

Arch eventually pared the list down, including eliminating Mississippi and Tennessee to blaze out on his own. A final three of Alabama, Georgia and Texas emerged.

The Longhorns won out.

For head coach Steve Sarkisian, this was an enormous recruiting victory.

Manning brings not just his game to Austin in the fall of 2023 – he still has a senior year of high school to play – but is expected to cause a surge of additionally highly coveted recruiting commitments in the hours, days and weeks ahead.

The publicity and tangential talent that he just created is alone worth his scholarship – and whatever else is on the table.

Then there is the credibility for Sark, who enters his second season at UT coming off a disappointing 5-7 campaign. He has been shown to be a decent, but hardly great, coach during previous stops at Washington and USC.

In Manning, at least according to scouts, Sarkisian will have that.

Texas also has the No. 1 quarterback and overall recruit in the Class of 2021 – Quinn Ewers out of suburban Dallas. Ewers, who also received a 247 perfect score, spent last season at Ohio State before transferring to Texas. He can’t transfer again without having to sit out a season.

Ewers could start in 2022 as a sophomore and 2023 as a junior (with Manning as his backup) and then turn pro. That might make for a smooth transition.

In the past, the Mannings have not cared about freshman playing time. Peyton started his first season at UT as a backup and Eli barely saw any action as a newcomer at Ole Miss. Both stayed all four years of college to prepare for the NFL. It clearly worked.

Or the fall of 2023 could produce an epic quarterback competition in Austin. Either way, that’s the kind of problem Sarkisian will welcome. Too much talent, especially at the most important position, is rarely a problem for a coach.

That’s all over a year away. Right now, the Longhorns and their endless quest to “be back” are riding high. The more competitive SEC awaits in two or three seasons, but they just landed the most renowned prospect from the league’s traditional footprint in years.

Arch Manning is committed to Texas.

The announcement and recruitment was done quietly. The impact will be anything but. 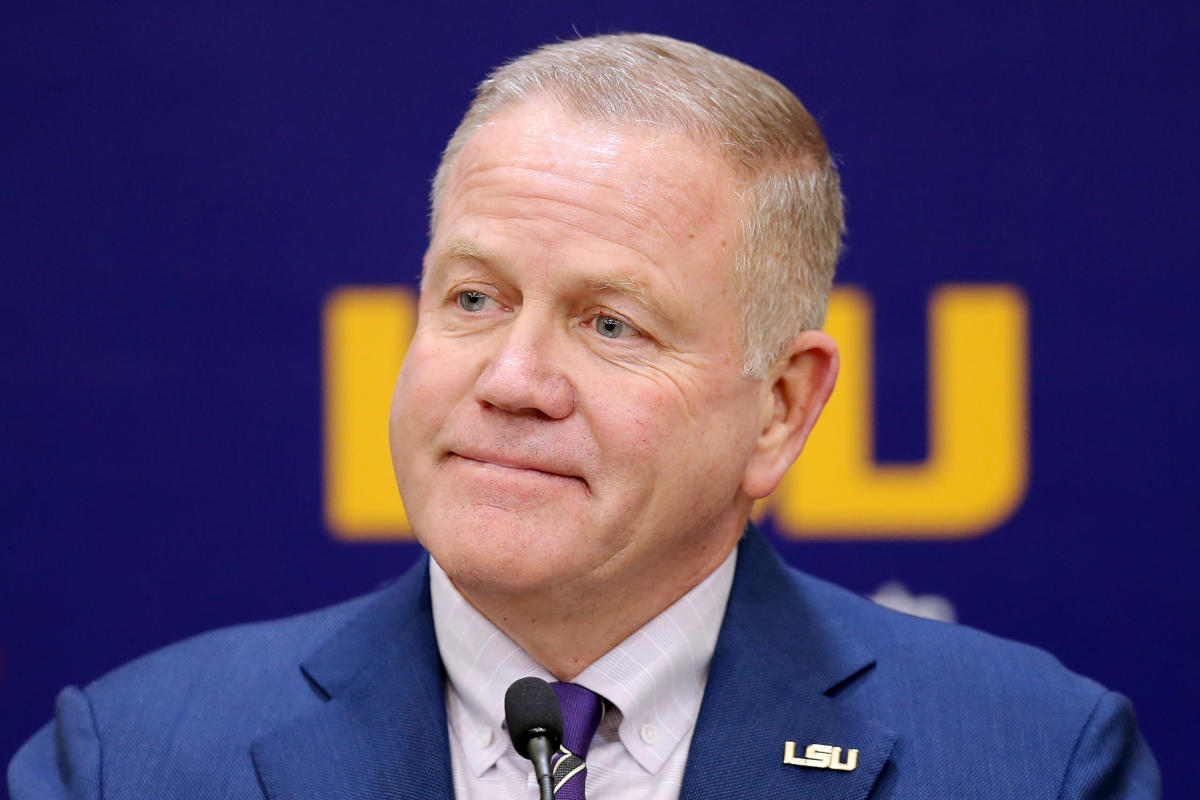 LSU is well-positioned for the future under Brian Kelly: