Brandon Moreno is not buying Deiveson Figueiredo’s injury claim, which is ultimately the reason why their rivalry remains unsettled.

The former UFC flyweight champion was expected to fight Figueiredo a fourth consecutive time this summer to settle the score in yet another championship fight. However, the UFC ended up going with an interim title fight between Moreno (19-5-2 MMA, 7-2-2 UFC) and Kai Kara-France for UFC 277 on July 30, as Figueiredo is unable to defend his title due to an injured finger.

Moreno feels that just another excuse from the Brazilian, as he’s felt Figueiredo has been avoiding fighting him.

“Look, anyone can make their own conclusions, but what I think is that he’s been making excuses since the beginning and he hasn’t stopped,” Moreno told MMA Junkie in Spanish. “He even tried to say I’m racist and those type of things. I feel like after that did not work for him, he had no choice but to say I’m injured and I can not fight.

Not to make a whole thing out of it, but he was ready to fight me this past pay-per-view event in May (UFC 274), but he asked for a lot of money and UFC denied him. That’s when the excuses started. If the guy is truly injured, speedy recovery, all the best to him. But if he’s not, I think a lot of people are thinking the same thing. So I do not know, I think it’s very cowardly from his part, but whatever. My goal right now is to close that chapter with Deiveson (Figueiredo) and give that respect that Kai (Kara-France) deserves because he’s a very dangerous opponent. ”

Alexandre Pantoja baffled by Brandon Moreno vs. Kai Kara-France interim title fight: ‘I beat them both in one week’

Moreno is coming off a unanimous decision loss to Figueiredo, losing his flyweight title at UFC 270 in January. It was the third consecutive fight with Figueiredo as the two had previously fought at UFC 263 2021, where Moreno won via submission, and UFC 256 in 2020, where they fought to a majority draw.

Figueiredo has been working with Henry Cejudo and his coach Eric Albarracin at Fight Ready in Arizona. Moreno does not know who, but he thinks Figueiredo is being ill-advised by his team, which is a big factor in their fourth fight not materializing.

“Look, from all the people I talk about this around the situation and everyone I’ve discussed this with, we’ve gotten to the conclusion that he’s not a bad person,” Moreno said in regards to Figueiredo. “I just think he’s not that smart, let’s just say. I think he surrounds himself with people who think they’re smart, but at the end of the day, regardless of how good of a person you are, you’re the one that makes your decisions, you know what I mean?

“At the end of the day, that’s what’s going to represent you and that’s how the world is going to perceive you. If he’s listening to people around him, I think they’re self-sabotaging him bad, very bad. And that’s the problem when you get together with people who think they know it all. I’ve always said it – it’s easier when you recognize you’re dumb.

“I think I’m dumb. I’ll admit it and I’m not ashamed of it and I’m happier that way. But I do not pretend to know it all and I try to learn something new every day. But there’s people that think they know it all and that’s when the mistakes come in. Again, I think he’s self-sabotaging himself, but that’s his problem. ”

Despite not getting an immediate chance to settle the score with Figueiredo, Moreno is happy to be fighting Kara-France. Although they fought in 2019 at UFC 245 where Moreno won in a unanimous decision, the Mexican fighter feels he’s getting a fresh challenge.

“One-hundred percent and I’m sure it’s not only me, probably him (Figueiredo) too,” Moreno said. “I’m sure from both sides, we do not want to see each other anymore. It’s tiring. So when they presented the opportunity to fight Kai, I was like, ‘Oh ok. That’s refreshing. Something new, ‘and new in air quotes because I fought him in 2019, but yeah. After three consecutive fights with the guy, a new face is something new. I feel very good and I’m optimistic about the challenge. “ 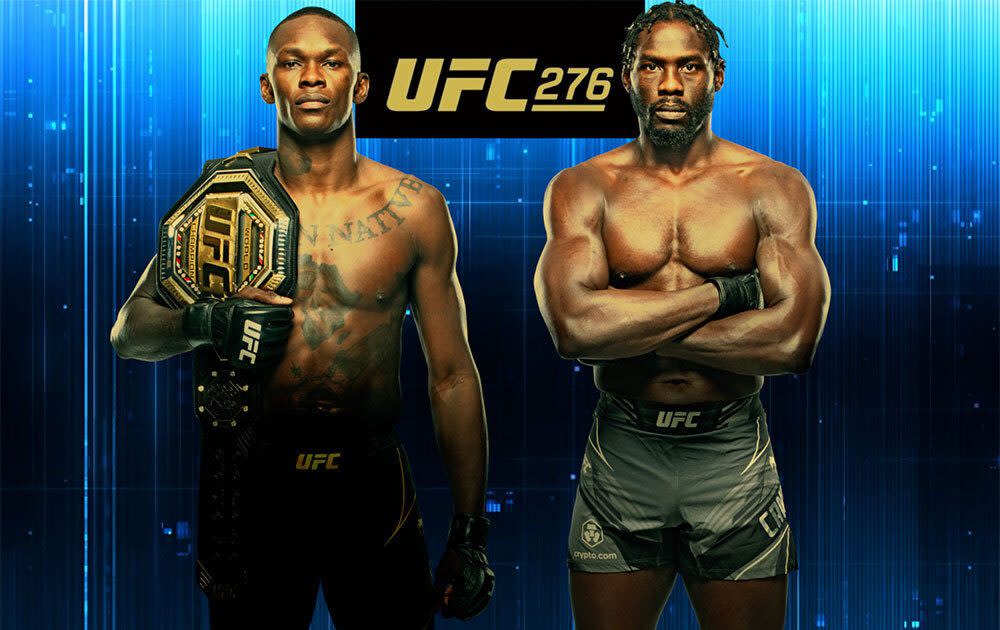 Can Jared Cannonier dethrone Israel Adesanya for the middleweight title?

Israel Adesanya has perfected his recipe for success. Now he’s ready to take it to the next level: