What we learned as Rodón shines in sweep of rival Dodgers originally appeared on NBC Sports Bayarea:

SAN FRANCISCO – There were some slight playoff vibes at Oracle Park this weekend, and for the third straight day, the Giants made sure things worked out better than the last time the Los Angeles Dodgers visited for a huge game.

In the first series between the rivals at Oracle Park since last year NLDS, the Giants picked up their first three-game sweep of the Dodgers in six years. They pitched well and played strong defense all weekend long, and that continued in Sunday’s 2-0 win, which was led by Carlos Rodón and a spectacular all-around day by center fielder Austin Slater.

The Giants gave up just four total runs in the three games, wiping away memories of a rough May for the starting staff and bullpen. That pitching guaranteed the first sweep of the Dodgers in a three-game series since the final weekend of the 2016 season.

Rodón had trouble getting deep in games but he found a good rhythm on Sunday and certainly had his best stuff, especially in tight spots. Austin Slater and Mike Yastrzemski homered in the first inning to give Rodón a lead and he carried that deep into the game.

The Dodgers had the heart of their order due up in the sixth, but Rodón kicked it off by freezing Freddie Freeman with a 98 mph fastball. After Will Smith walked with two outs, Rodón threw a breaking ball that Justin Turner bounced softly to third to end the inning.

The Dodgers kept the pressure on and it seemed like they would break through in the eighth. With Trea Turner on first, Justin Turner hit a liner to right that got past a diving Yastrzemski, but Slater was there to back him up and he kept Trea Turner from scoring.

Dominic Leone followed by striking out Chris Taylor, and he screamed as he came off the mound, the two-run lead intact. Jake McGee closed the Dodgers out in the ninth.

On his 79th pitch, Rodón threw an 0-2 fastball to Austin Barnes that was up and out of the zone. It registered at 100.2 mph, the fastest pitch of the season for Rodòn, who generally lives at 97-98 mph when he’s feeling good. The pitch was one of three that Rodón threw at 99 mph or above in the fifth, but the Dodgers were patient and put pressure on.

It seemed like they had gotten on the board when Hanser Alberto hit a spinner grounder to the right side with a runner on second, but Thairo Estrada managed to keep the ball on the infield and then get the out at first, as well. With runners on the corners and two outs, Rodón threw a slider in on Mookie Betts’ hands that was popped up.

Rodon gave up just two hits and struck out eight in his six innings. In two starts against the Dodgers this year, he has allowed just two runs.

Had It All The Way:

After a lengthy discussion in the dugout, Rodón was lifted for John Brebbia, who has become a trusted setup man for Gabe Kapler. Brebbia immediately gave up a double leadoff and he flirted with disaster, but he ended up walking off after a scoreless inning.

With two on and one out, Brebbia went 3-2 on backup catcher Austin Barnes and threw a slider that was up and should have loaded the bases for Betts, but Barnes took a hack at it and struck out. Betts, who has been slumping, then grounded out to short to end the inning. The inning was the third in which the Dodgers got a double leadoff and did not score.

The bid for a sweep could not have possibly gotten off to a better start. Rodón cruised through Betts, Freeman and Trea Turner in the top of the first and Slater gave him an immediate lead, lining a solo shot just over the center-field wall to kick off the bottom of the inning.

The leadoff homer was the third of Slater’s career and first this season. All three have come off lefties, with Slater getting to Colorado’s Kyle Freeland (2020), Milwaukee’s Eric Lauer (2021) and now Urias.

Slater had a big two-way game. In addition to the homer, he made nice running plays on a pair of sinking liners in the first two innings, which helped Rodón keep the Dodgers off the board and find his groove. 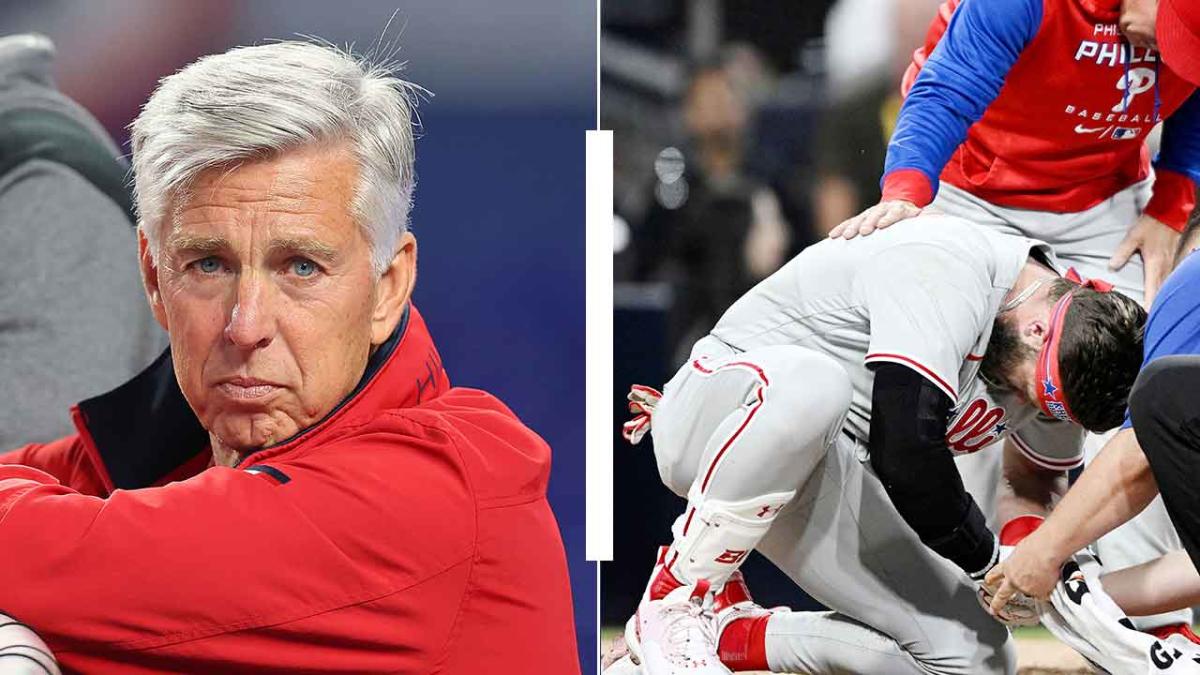