Just when it appeared the NBA was headed for a mid-summer lull, Kevin Durant to the Boston Celtics trade rumors have begun to heat up and basketball has once again taken the reigns of the sports news cycle.

The cataclysmic, league-altering trade proposed by Boston to the Brooklyn Nets included Jaylen Brown, Derrick White and one draft pick.

That proposal was “rejected,” according to The Athletic’s Shams Charania. Brooklyn countered with a package that would include Brown and Defensive Player of the Year Marcus Smart. Charania added that Brooklyn’s counter also came with several draft picks and “potentially one more rotation player” in return for Durant.

Boston is not the first NBA suitor linked to Durant this summer. Since the 12-time NBA All-Star asked out of Brooklyn on June 30, there have been almost a dozen of legitimate trade packages put together for the Nets to mull over.

The Brown-for-Durant swap being the latest — and perhaps most enticing offer yet. Let’s start in Boston and work our way around the league.

“Blowing it up” has never come with a more enticing risk-reward proposition, and that’s what leaves Celtics faithful on the fence as the NBA rumor mill gears into overdrive on the last Monday in July.

Yes, Kevin Durant is a two-time NBA champion and two-time NBA Finals MVP. He’s unquestionably a first-ballot Hall of Famer. The type of player you dream of becomes available on the trade market. But, are age and injury concerns too big of an obstacle to avoid at this point in his career?

Brown is a home-grown talent who has led the franchise deeper and deeper into the postseason throughout his career. The arrow on his career potential continues to point up. The same could be said about Durant — but it’s probably with a much quieter and hushed tone in 2022.

Phoenix was the team that Las Vegas oddsmakers positioned as the favorite to win the KD sweepstakes as his trade demands were first circulated in early July. Pair Durant up with Chris Paul and Devin Booker — who would say no?

Well, the Suns for starters. Recently-inked big man Deandre Ayton appears to be staying in The Valley which means the sun has set on this trade destination.

If Toronto wasn’t in the Eastern Conference, this deal might already be done by now but there has to be legitimate apprehension on Brooklyn’s part to deal Durant to a contender that stands directly in their path to the NBA Finals.

Plus, the package in return for Durant isn’t nearly the haul as other teams have offered — especially with the Raptors front office being so stingy on including Rookie of the Year Scottie Barnes in any Durant offers.

OG Anunoby, Gary Trent Jr, Precious Achiuwa and picks are probably on the table. The question then is: Are Pascal Siakam or Fred Van Fleet?

A reunion in the Bay seemed too good to be true, and that’s why it is just that — a fantasy.

Despite the initial rumored interest in Durant, the Golden State Warriors are staying put with their NBA Finals-winning roster as “very little traction” has come from trade talks with the Nets.

This destination never had many legs as Durant’s interest in playing in a small market seems close to nil. Of course, the NBA trade speculation was to pair him with Zion Williamson and let the chips fall where they may. It seems like a fun proposal … on paper.

Brandon Ingram, a few defensive wings and a boatload of Milwaukee picks isn’t enough to entice Brooklyn, especially when Jaylen Brown’s name is floating around.

As legitimate as the Heat looked at the beginning of the month, Miami was never close to landing Durant because they couldn’t offer a big man Bam Adebayo in return. The Nets would want to move Durant out of the conference if they had their druthers, and if he were to remain in the East it would have to be for a lot more than Tyler Herro and Duncan Robinson.

Another team like Toronto that could overwhelm Brooklyn with three to four NBA-caliber players — as well as a few draft picks.

Oddsmakers moved Memphis into the top five Kevin Durant destinations on July 1 behind the Suns, Heat, Raptors and Pelicans. The interest has subsided on both sides since but the facts remain. the Grizzlies have the cap space available to afford Durant long term and the young talent to lure in Brooklyn.

Another bonus: Memphis plays in the right conference (Western) to make this deal all the more plausible. Durant would have to make this an explicit destination before talks got really serious between either side.

Miami and Golden State have executed bigger deals — and more successful ones — in the past, but the Chicago Bulls’ current roster is an amalgamation of different NBA trades. And that’s why the Windy City came up as a possible Kevin Durant landing spot this month.

If the Boston and Toronto packages fall through and Brooklyn is left with the realization that an Eastern Conference franchise does offer them the best trade package, then Chicago’s offer of DeMar DeRozan, Nikola Vučević and Patrick Williams could be argued as the best available haul — at least when it comes to players in return for Durant.

The Bulls are missing future assets (ie draft picks) to really contend here though, thanks to deals with the Magic and Spurs to land Vučević and DeRozan, respectively.

If you thought we were going to forget Durant’s hometown team, then you were mistaken. The Washington Wizards pulled themselves out of the Durant sweepstakes pretty early by doubling down with Bradley Beal but they are always an ace-in-the-hole, back-of-the-pocket type option to acquire Durant whenever his name floats in NBA trade. rumours.

Playing in front of the DMV home fans is every basketball player’s dream, right? 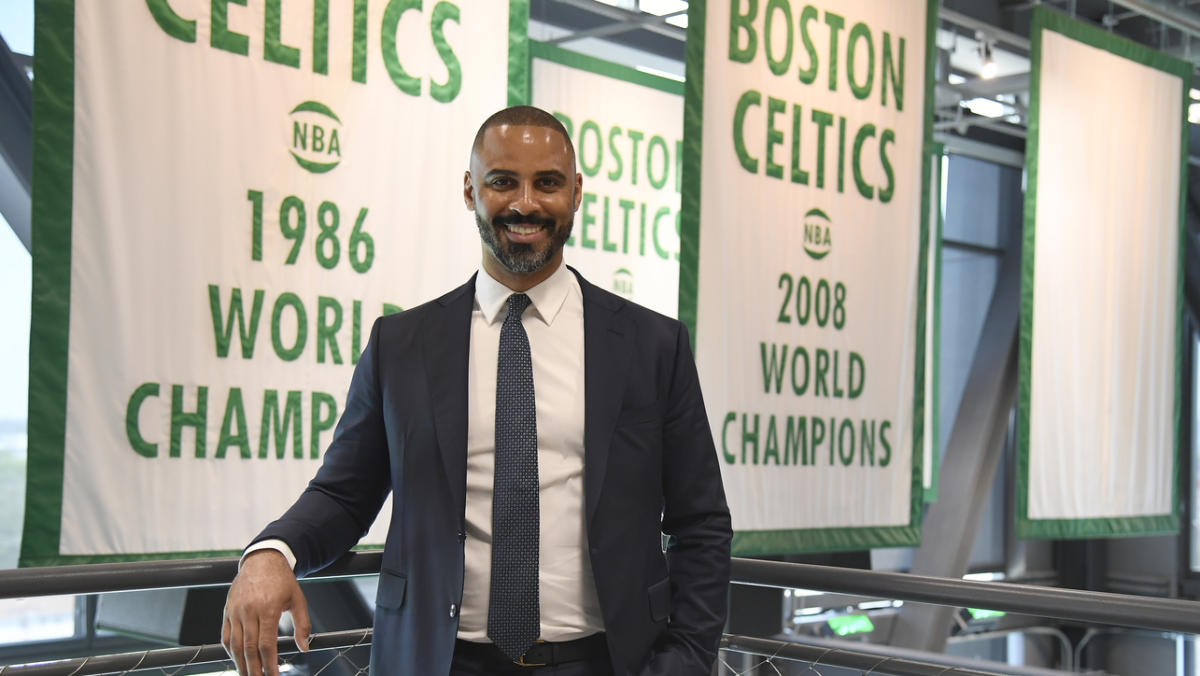 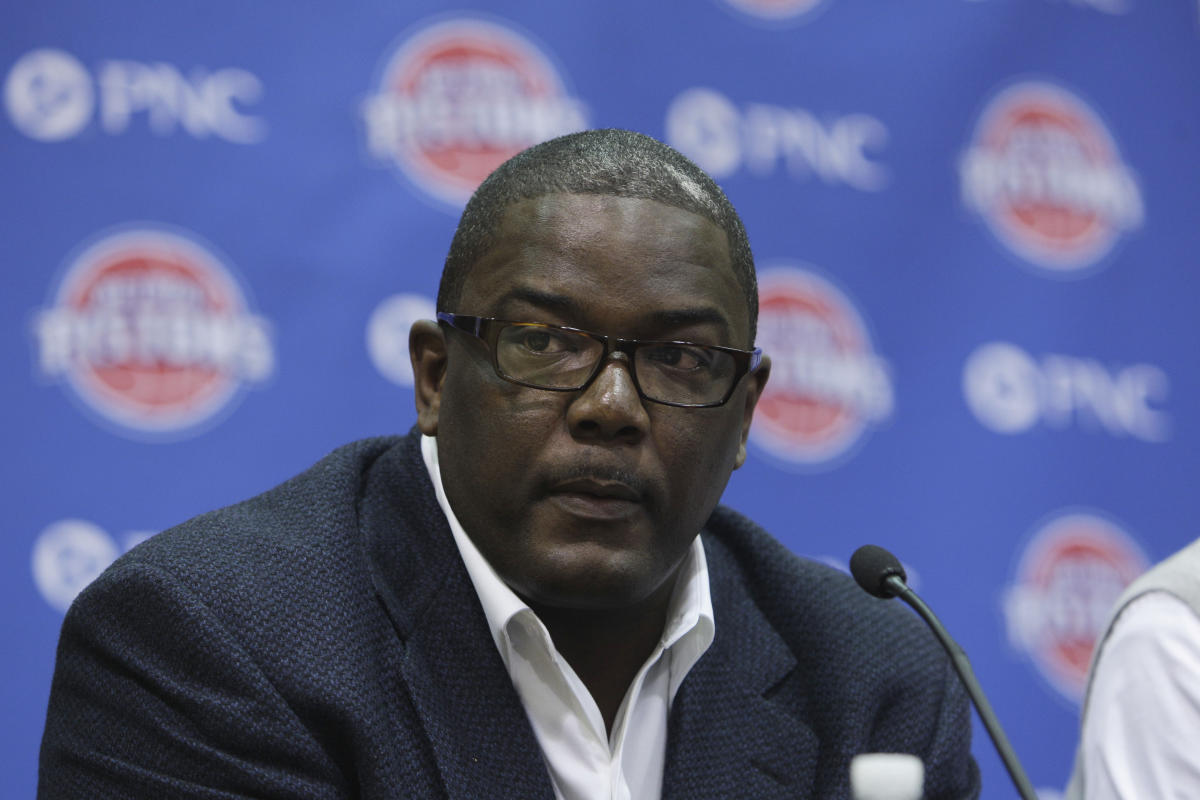