FRISCO, Texas – Dak Prescott agrees his current physique is “definitely” the leanest it’s been in his pro career.

Leaner even than he was in college?

“Total. Ever, ”the seventh-year Cowboys quarterback said Tuesday after minicamp practice. “In college, I was a meathead. I’m leaner. “

Prescott aims not for hyberbole, promising neither that he’s faster nor that he’s lighter just because he’s leaner. His weight hasn’t meaningfully changed since last season, in fact. But its distribution has led more than one person to tell him lately he looks slim.

“People tell me that. I say ‘thank you,’ ‘Prescott said. “It’s a product of working on everything and not just on my leg. Whether it be rotation, whether it be diet or whatever, just focused on every way I can get better.

“I think I have just dropped some of the baby fat off.”

Whether his body composition more reflects rotational exercises or a decline in Taco Bell and McDonald’s consumption – Prescott’s college fast-food staples – the Cowboys are eager for their quarterback to reincorporate full mobility into the game plan.

No longer is caution exercised following Prescott’s October 2021 ankle dislocation and fracture. Unlike last offseason, he’s fully participating in team and individual drills from OTA’s start. Prescott has fluidly executed scramble drills in OTA practices, and a minicamp pass rush that knocked him down raised no flags about his ankle stability. Even his lengthy “prehab” practice warmup has shifted, replaced by more efficient methods that he says still ensure he’s nimble.

“To have no limits has been outstanding, and I think you clearly see it in the way he’s moving this year,” Cowboys coach Mike McCarthy said. “You look at his body; he’s clearly different than the way he was last year. He’s leaner, more flexible and just the mechanics, to be able to really get after the mechanics.

“Quarterback drills last year, there was a gradual phase of the different type of drills, how we did them. So there was no progression to that this year. He’s been full-go since day 1. ”

Prescott returned from two ankle surgeries and started last season strong, completing 72.4% of passes for 403 yards, three touchdowns and an interception in the Cowboys’ season opener (a 31-29 loss at Tampa, then the defending champions). He drew MVP talk through the first six games, a stretch in which he completed 73% of passes for 16 touchdowns to four interceptions as the Cowboys won five straight to improve to 5-1.

Then Prescott strained his calf in overtime of a 35-29 win at New England. He rested during the bye week and missed the Cowboys’ Sunday night win at Minnesota before returning. He said his calf had recovered. But his footwork and mechanics weren’t as crisp. He’s kept that top of mind this spring, emphasizing making throws from every platform as well as using his back leg, and keeping it under him, on every throw.

“My details are footwork in the sense of being consistent late in the year,” Prescott said May 25. “You work a lot on things and throughout the offseason, but making sure I continue to do it throughout the season so that they’re showing up late. You do not take those things for granted, or you look up late and the details are the reason you lost, so just trying to be dialed in. ”

The Cowboys hope that footwork will also allow Prescott to extend plays more than he was asked to in 2021, an element of Prescott’s ability that McCarthy says coaches “tried to be smart” with last year given the lengthy rehabilitation trends of major joint injuries. McCarthy conceded that he “hopes” Prescott, who rushed for six touchdowns each of his first three pro seasons, will run more this year than last. Prescott averaged more than four yards a carry in each of his first five seasons, and at least 17 rushing yards per game.

In 2021, he averaged a career-low three yards per carry and 9.1 yards per game, contributing just one touchdown on the ground.

The now $ 40 million-a-year quarterback aims to practice as many mobile scenarios as he can in order to ready his reflexes – while also acknowledging the calculus has changed since his rookie days.

“Risk versus reward,” Prescott said. “Understanding that some of those are called and why are they called? To go get the first down. Get some yards and get out of bounds. And just know the importance of everything.

“The coach isn’t going to call that for me to try to go run people over and stiff arm. Being smart and understanding that me being available is the best for me. ”

Prescott played coy on how much more the Cowboys’ 2022 offense will feature his legs than the group’s 2021 attack, arguing that his fewer runs in 2021 could have resulted more from defensive looks than play designs. He did admit, though, that he would consider the draw on third-and-short and red-zone opportunities to come.

So how much more might fans see him take off this year? Prescott laughed when asked.

“I mean, I expect have about 20 carries a game,” he quipped. 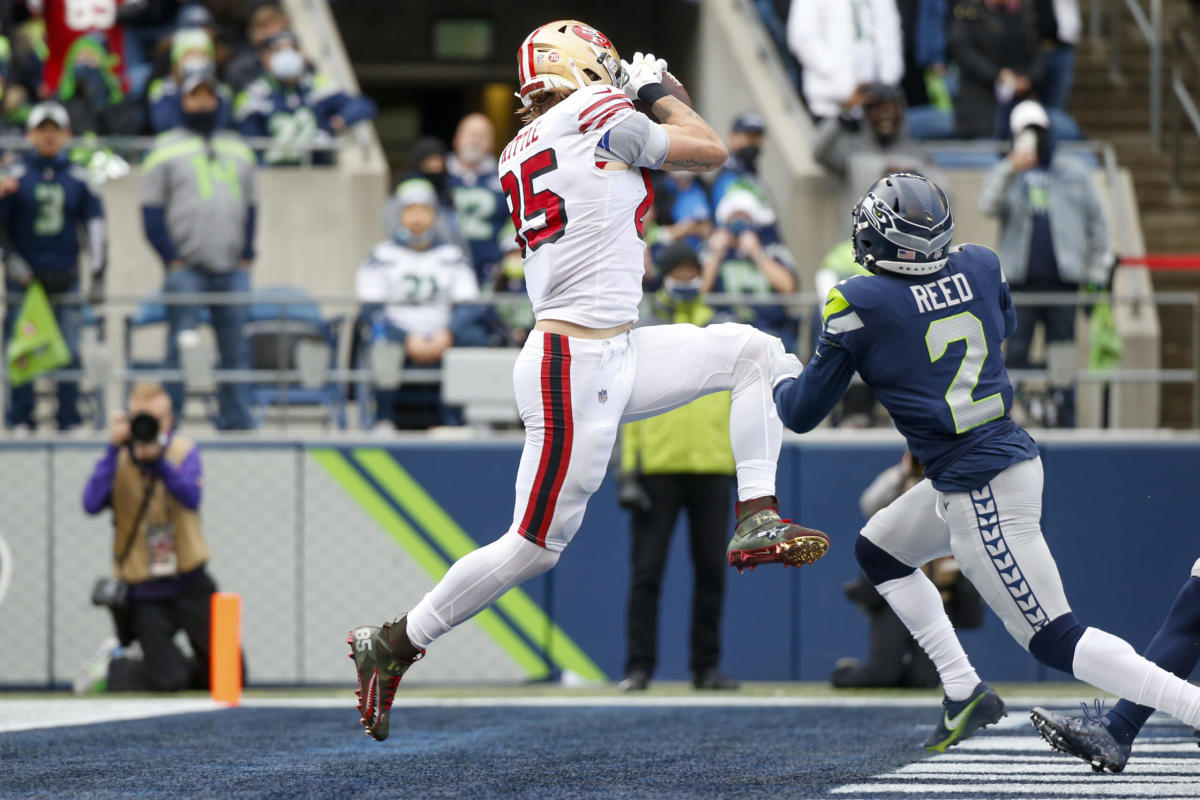 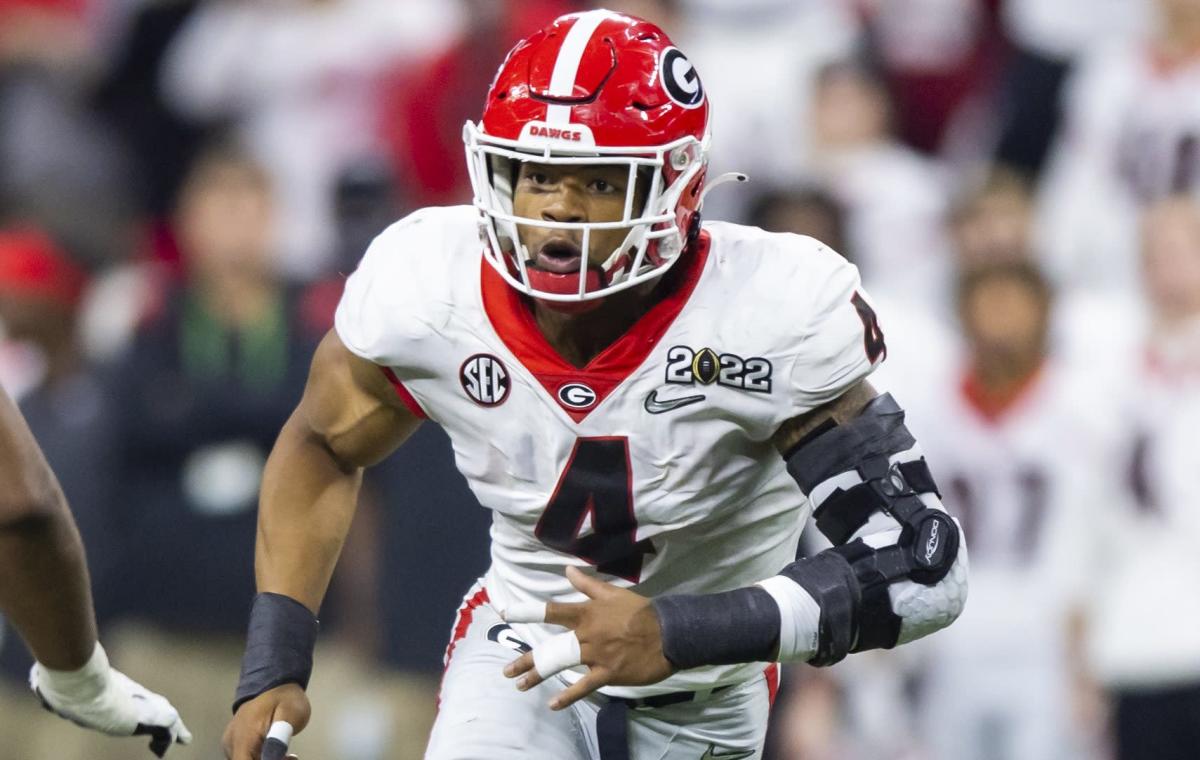