The reigning defensive rookie of the year aspires, respectfully, to thwart it.

“Become the sack leader again,” Lawrence explained his objective entering Year 9 of his career. “I let a rookie show me up last year. Shout out to my boy Micah. But (I want to) restate my dominance. Let everybody know that I’m coming, how I feel and the type of respect I’m going to demand when I step on that field. “

Most of that vision, to be fair, sits well with Parsons. The Cowboys’ 2021 first-round selection wants the 30-year-old Lawrence to capitalize on a healthy and productive campaign in Year 2 of coordinator Dan Quinn’s system. Parsons also wants for Lawrence to enjoy the game and thrive.

SPORTS NEWSLETTER: Sign up now to get daily updates sent to your inbox:

BUCCANEERS: Tom Brady explains why he felt pressure to unretire:

But after Parsons notched 13 sacks despite not pass-rushing full time, he does not plan to concede the sack leadership.

“I want D-Law to step up, I want him to be who he is, I’m not taking that away from him,” Parsons said Thursday after the Cowboys’ latest OTA practice. “But I’m sorry to tell him he’s never getting that (the sack lead) back. I want him to get all the enjoyment that he possibly can, feed his head so he can be a 10-sack guy.

Parsons’ All-Pro debut year included not just 13 sacks but also three forced fumbles, three pass deflections, 84 tackles and 30 quarterback hits. He delivered a tackle for loss 20 times. He rushed from outside and played coverage underneath, beating opponents to the sideline with rare lateral speed and even occasionally covering a weapon downfield. Parsons understands the likely increased attention he will draw in Year 2. He embraces that responsibility.

Parsons hasn’t structured his offseason work on reshaping his frame. He’s neither working toward gaining weight nor losing it, instead doubling down on the routine that kept him healthier and more durable than perhaps one could have expected after the 18-month, COVID-opt-out hiatus that immediately preceded his rookie year.

Parsons is, however, delving into film in team meetings and beyond. He meets with former Cowboys pass-rushing technician DeMarcus Ware for additional training sessions. Parsons considers how pass rushers he admires read and react to situations in hopes of culling that body of knowledge to “play with my own style.”

Lawrence, if healthy, will continue to start at left defensive end. The Cowboys’ 2014 second-round pick collected 25 sacks across two seasons, his Pro Bowl years of 2017 and 2018. But Lawrence hasn’t hit seven sacks in a season in the last three campaigns, and he has struggled to stay healthy. He underwent the third back surgery of his career last offseason in addition to shoulder surgery in spring 2019. Lawrence also broke his foot in practice after the Cowboys’ 2021 season opener, sidelining him for 10 games. He was productive when on the field, registering three sacks, two forced fumbles, an interception returned for a touchdown, seven quarterback hits and 21 tackles. Coaches also praise his run-stopping efforts that do not show up in box scores. Still, availability must help rather than hinder his ability.

Parsons, meanwhile, has the chance to follow in his mentor Ware’s footsteps if he can continue his multifaceted and impactful performance. Cowboys coach Mike McCarthy explained his four-category breakdown of player talent when asked Thursday about Parsons’ growth trajectory.

“I think it’s important to recognize that every one of these players is a really good football player,” McCarthy said. “There’s no such thing as, ‘He can’t play here,’ or ‘That guy is…’ They’re all really good players.”

But will good players advance into one of three superior categories?

“You’ve got good players that have great moments,” McCarthy said. “Then the third category is now you got great players that are just individually able to perform at an extremely high level consistently.”

The highest level, McCarthy said, is an “elite” player – a player who not only consistently contributes but also makes teammates around him better. Can Parsons jump from Level 3 to Level 4?

“He has an opportunity to really make a huge impact in our football team.”

Parsons has already shifted his demeanor to answer those expectations. Even as he straddles two position groups in a manner no other Cowboys roster member does, Parsons has started speaking up in meeting rooms more frequently this offseason. He no longer feels like the rookie who needs to proverbially shut up and listen. Parsons wants to listen and lead, advising rookie linebackers on when to follow coaches literally and when to let their instincts take over. A few of his tips?

Be a baller. Don’t overthink. Have fun.

He tutored Williams in an OTA practice on reading an offensive lineman’s angle to determine whether to rush inside, and encouraged young players to find a dimension of their game in which they can dominate so thoroughly that they inspire fear.

“Once you show that, then you can do all your counters and all your moves and things you want to show. But they’ve got to respect you in some aspect. “

Parsons believes Lawrence demands that respect for several reasons, perhaps chiefly of which is Lawrence’s “dog” mentality. Even as the two playfully spar and compete to lead the defense, they each know that the engine will run most smoothly when they complement each other and nine other teammates simultaneously on the field.

Still, with 101 days until the Cowboys kick off against Tom Brady and the Tampa Bay Buccaneers, players must largely stoke their competitive fires against teammates. To be elite, as McCarthy said, they must lift themselves and those around them.

“If you play hard, people want to play with you and be on the same page,” Parsons said. “I think him getting someone else who challenges him and plays the same way as him on this defense maybe sparked the (Lawrence) y’all saw from way back when. So I’m excited and he has something in him that I do not see many people have: and that’s just the dog.

“It’s going to be a race to the quarterback, like it or not.” 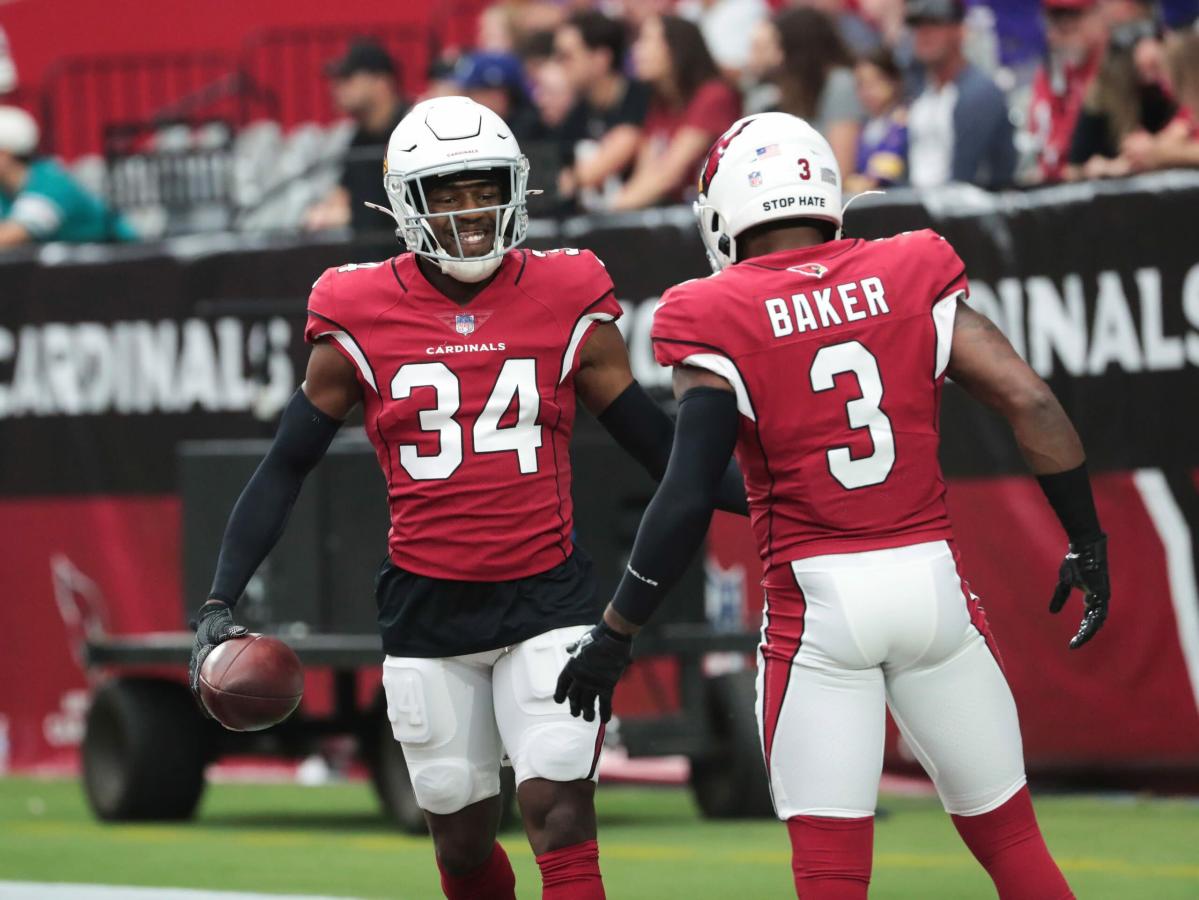 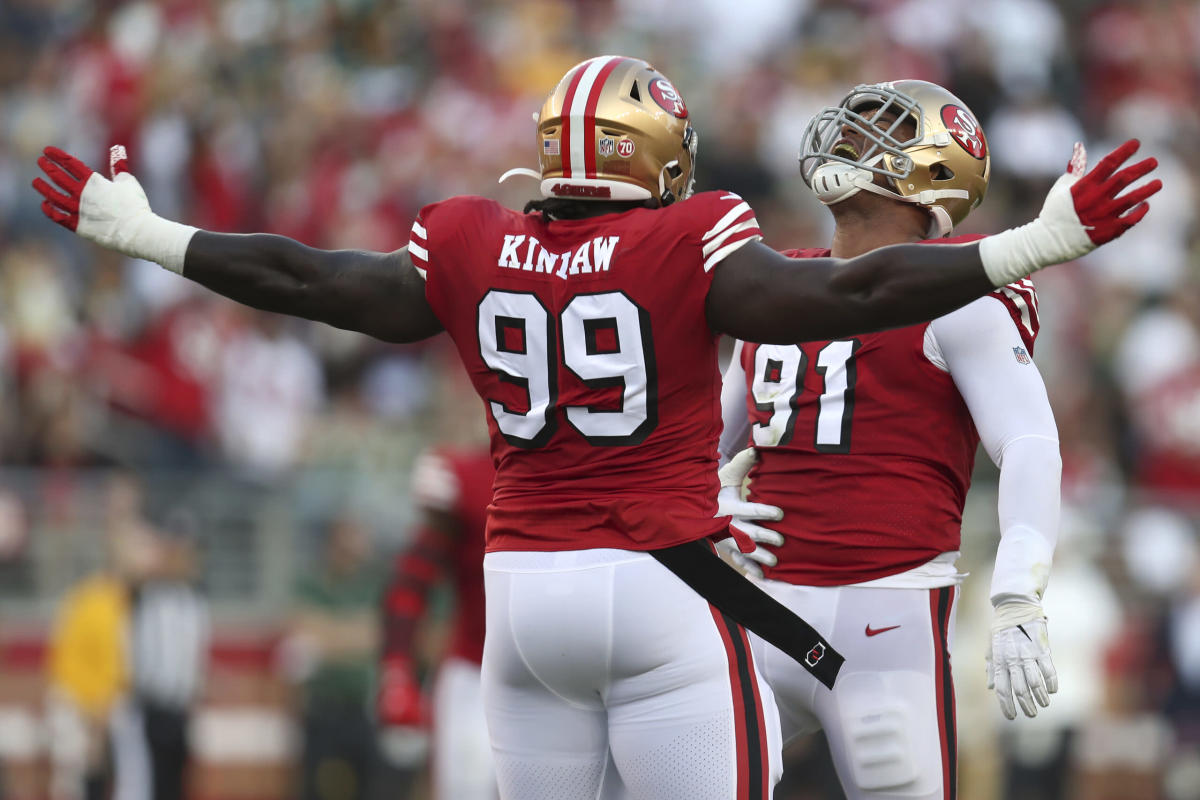