If: Michael Pineda could pitch in games without his slider, he might jump at the opportunity. That’s not happening, but Pineda is eager to return to the starting rotation and needs his slider to do so.

The: Detroit: Tigers placed the 33-year-old right-hander on the injured list May 15 with a right middle finger fracture. The day before, he suffered the injury on a hard-hit comebacker against the: Baltimore: Orioles.

Pineda threw a bullpen Friday at Comerica Park. His fastball and changeup are ready to go, but not his slider. He tossed a few sliders at short distance at the end of Friday’s session.

“I have to put pressure (on my middle finger) to throw my slider,” Pineda said. “That’s where I feel it a little bit. But they tell me, the more that I’m throwing, the better I’m going to feel. That’s what I’m doing now.”

He hopes to begin a rehab assignment in about a week. The Tigers brought him to Comerica Park so he could throw a couple bullpens in front of pitching coach Chris Fetter and pitching assistant Juan Nieves. Only then will the organization consider sending him on a rehab assignment.

Pineda will throw his next bullpen Monday.

“I feel really good with my fastball and my changeup, so I can pitch with that,” Pineda said. “But they want to make sure everything is good, especially with my slider so I can feel good and take the mound. But I’m feeling pretty close.”

Throughout the process, Pineda has maintained his arm strength by throwing his fastball and changeup. Once he gets the feel for his slider, he should be able to pitch three or four innings in his first rehab start.

He probably won’t need a lengthy stay with Triple-A Toledo.

“Right now, I’m feeling pretty good with my fastball,” Pineda said. “I’m keeping my strength, doing everything normal and continuing to do my rehab and everything in the training room to feel better with my slider. I think it’s very important because I do not want to take so long.”

Before landing on the injured list, Pineda had a 3.22 ERA with four walks and 12 strikeouts in 22⅓ innings. He showed up late to spring training due to a work visa issue, after signing a one-year, $ 5.5 million contract, and made five starts in the majors.

Pineda is confident he will return soon.

“I feel a little sad because I love pitching and everything has been feeling good,” Pineda said. “This injury makes me sad. But I’m keeping my head up, and I’ll continue working hard. I know I’m close. I’m happy to be here, and I’m good.”

No throwing issues for Willi Castro:

In his past five starts, Willi Castro has racked up four outfield assists: three from left field and one from center. The 25-year-old, a former infielder, threw out Teoscar Hernandez trying to advance to third base on a single in Friday’s sixth inning.

The outfield positions are new for him, and although he’s still learning, he is making some impressive throws and taking care of most routine plays.

“Willi’s outfield defense, we can talk until you guys are done asking about it,” Hinch said. “He’s pretty good. There’s a lot of learning that has to be done. He’s fearless when it comes to throwing.”

Castro overthought his throwing mechanics as an infielder, which led to too many errors, but in the outfield, he relies on his instincts and preparation. He credits bench coach George Lombard for his development.

“We do the same routine every day,” Castro said. “One bounce to the base, that’s the big key for me with the strength that I have in my arm. It’s helping me a lot. The preparation is helping.” 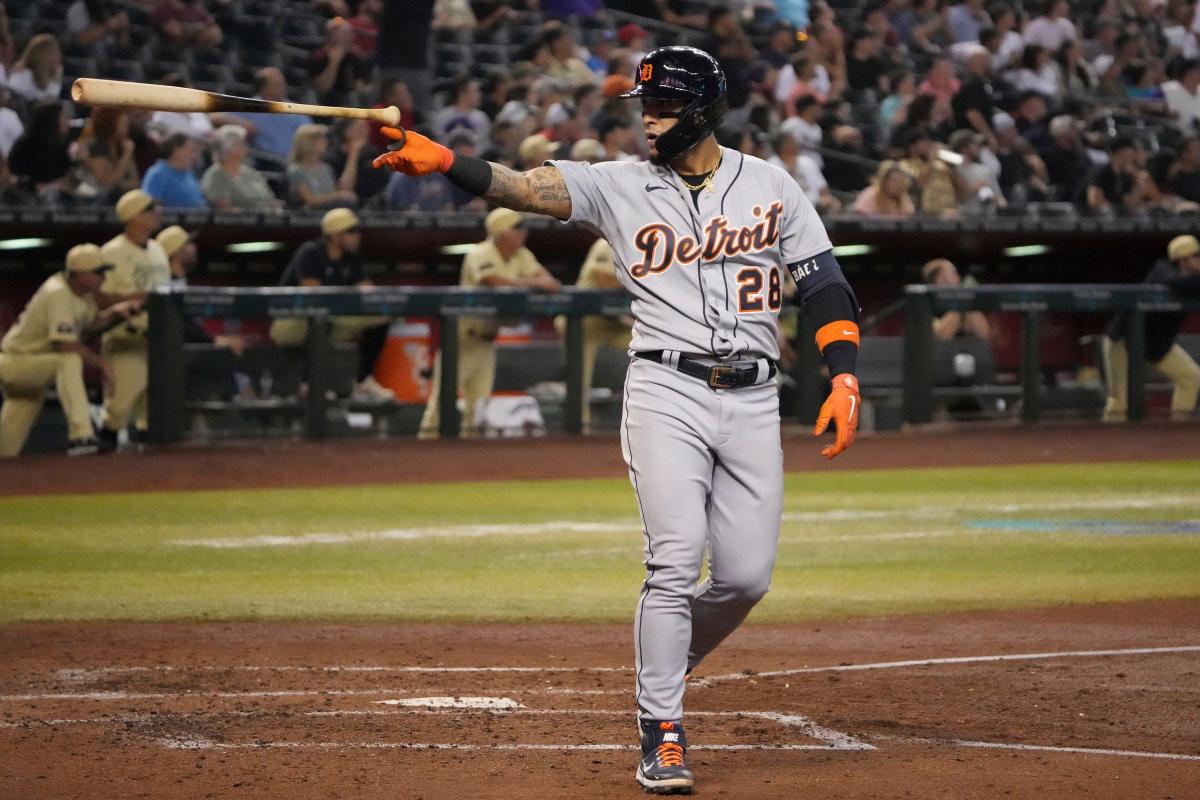 How the Guardians leapt into AL Central contention behind a group of unheralded young hitters: