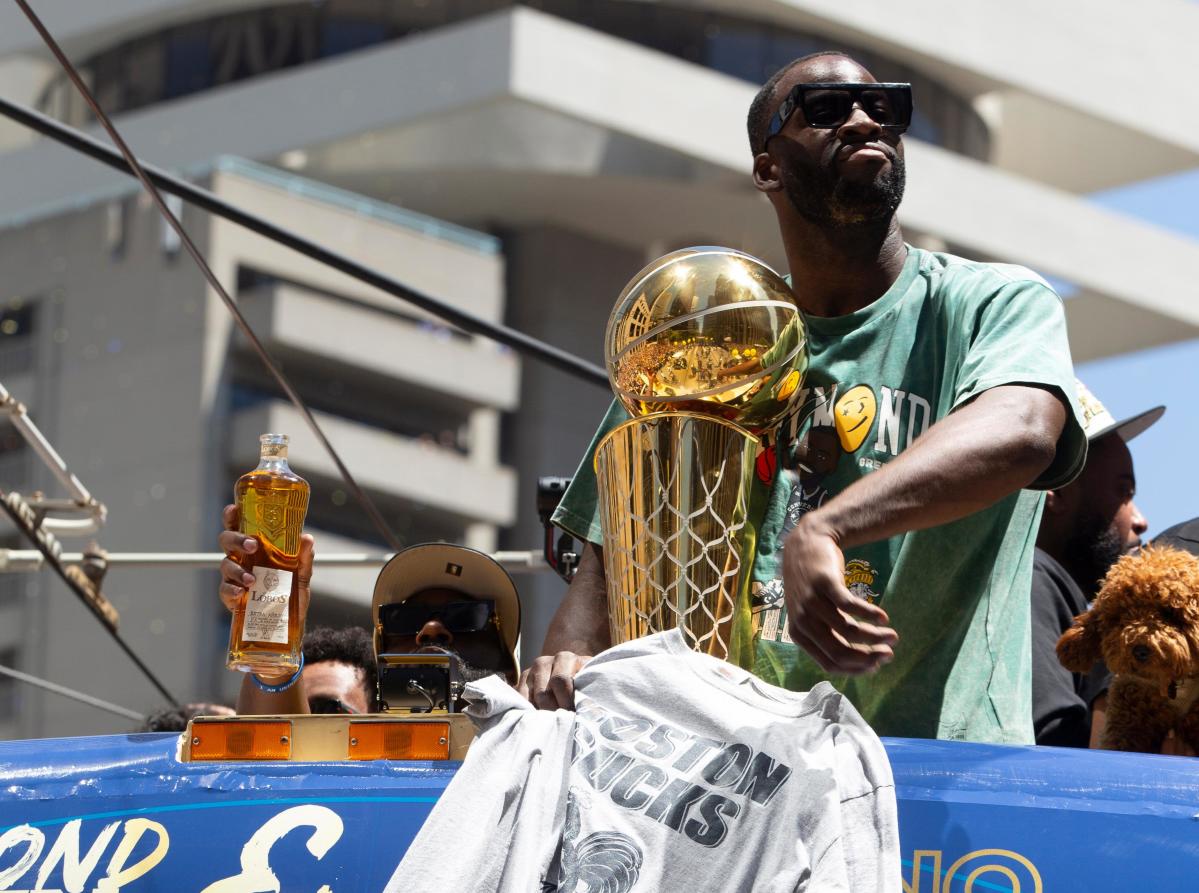 I have a confession to make as a Boston sports fan: I love Draymond Green.

It is controversial given that Green’s main role in the Golden State Warriors’ win over the Boston Celtics in this year’s NBA finals was to do everything in his power to get under the skin. The truth is that the league needs its trolls – and Green has spent his post-championship victory lap cementing his status as its alpha disruptor.

Most players would be happy to bask in the glow of a title victory, but Green will not be satisfied until he drinks the tears of his foes. So, of course, he’s not letting the Memphis Grizzlies off the hook just because the Warriors eliminated them more than a month ago. Back on March 28, the Grizzlies’ Jaren Jackson Jr trolled the Warriors by tweeting the phrase “strength in numbers” after a regular-season victory.

Golden State guard Klay Thompson was the first to bring that tweet up after the Warriors clinched their fourth championship in eight years last week, using a press conference to call Jackson a “freaking bum.” Memphis’s Ja Morant went to Twitter to suggest that his team was still living in the Warriors’ heads (which may be a valid point). That was a tactical mistake, because the Warriors promptly unleashed their not-so-secret weapon in a war of words: Green, who went scorched-earth on the Grizzlies’ young star.

Here’s the problem for those who do not like Green verbally demolishing a team the Warriors already humbled on the court: there’s nobody that can tell him he hasn’t earned the right to say what he wants. With the Warriors’ latest title, he now has four rings as part of the core of a genuine NBA dynasty. He’s been named an All-Star four times and was the Defensive Player of the Year in 2017 (and probably deserved that honor in other years). Not a bad career for a relatively undersized power forward who infamously was not selected until the second round of the 2012 draft.

Green is a Basketball Heel, which is beyond a simple Trash Talker. Trash talking, after all, is an accepted and vital part of the game: there’s something about a sport that requires players to constantly pester opponents that has made the personal insult a useful tool. Even Hall of Fame players such as Michael Jordan, Larry Bird, Kobe Bryant and Kevin Garnett (possibly the most extreme trash-talker in NBA history) had reputations as being extremely unfriendly during games.

Yet, those players mostly confined their efforts to the court, especially the ones who were trying to sell you shoes. The Basketball Heel keeps their mouth going after the game, even after losses and especially after wins. In an essay for GQ about the modern-day phenomenon of NBA heels, Nathaniel Friedman pinpointed the origins of the modern-day basketball Trickster figure to Allen Iverson – loathed by the NBA establishment during his career but venerated by the younger generations – whose legacy turned on a single word: “Practice.”

Maybe Iverson is the best example, but there are others from the 1990s-00s who fit the bill. Shaquille O’Neal and Charles Barkley were would-be comedians who have devoted their entire post-playing careers to essentially treating the league like Statler and Waldorf treated The Muppet Show. Even those that hated Rasheed Wallace during his NBA days find themselves repeating his “ball do not lie” catchphrase when opponents miss free throws they were given thanks to questionable whistles. The man once known as Metta World Peace once so successfully trolled a city that it resulted in a full-blown riot.

OK, that last example isn’t exactly positive, but heels are bringers of chaos and not even they can predict what is to come. In ancient mythologies, the Trickster archetype sometimes brings with them the forces of creation… and sometimes nothing but destruction. There’s no denying that Green brought both of these with him in the playoffs, possibly in unequal measure.

As the Guardian’s Andrew Lawrence wrote back during that series against the Grizzlies: “There’s been a lot of debate as to who’s the best remaining player in the NBA playoffs. But there is no doubt about who’s the most exasperating. ” Green went on to put his stamp in Game 2 of the NBA finals, gaming the system to escape a should-have-been ejection while committing enough not-entirely-clean plays that Celtics fans spent the entirety of Game 3 aiming abuse at him.

He ended up having the last laugh. After the Warriors closed out the Celtics in six games, Green went to Twitter (the Heel’s playground) to write the following:: “Getting ready for Game 7 tonight… (lock emoji) in !!! Happy Father’s Day. ”

It should have infuriated me, both as a mourning Celtics fan and as someone who lost out on a chance to liveblog a Game 7. Yet all I could do was laugh. And then retweet him.

In an ideal world, every team would have a Designated Heel like Green to get into the other’s team head, launch and maintain feuds and provide the public with an endless amount of free entertainment. Like professional wrestling except with mostly unscripted results (give or take a Tim Donaghy or two), the NBA is grand entertainment that centered around oversized personalities. There’s a reason why the wrestling term “heel” quickly wormed its way into the basketball lexicon and there’s definitely a reason that we sportswriters can’t stop using it to describe Green. Heck, he even owns his own custom-made WWE belt!

More than maybe any of his peers, Green has earned the right to needle the rest of the league. If anybody in the league wants to shut him up, well, they can probably find him in next year’s playoffs. 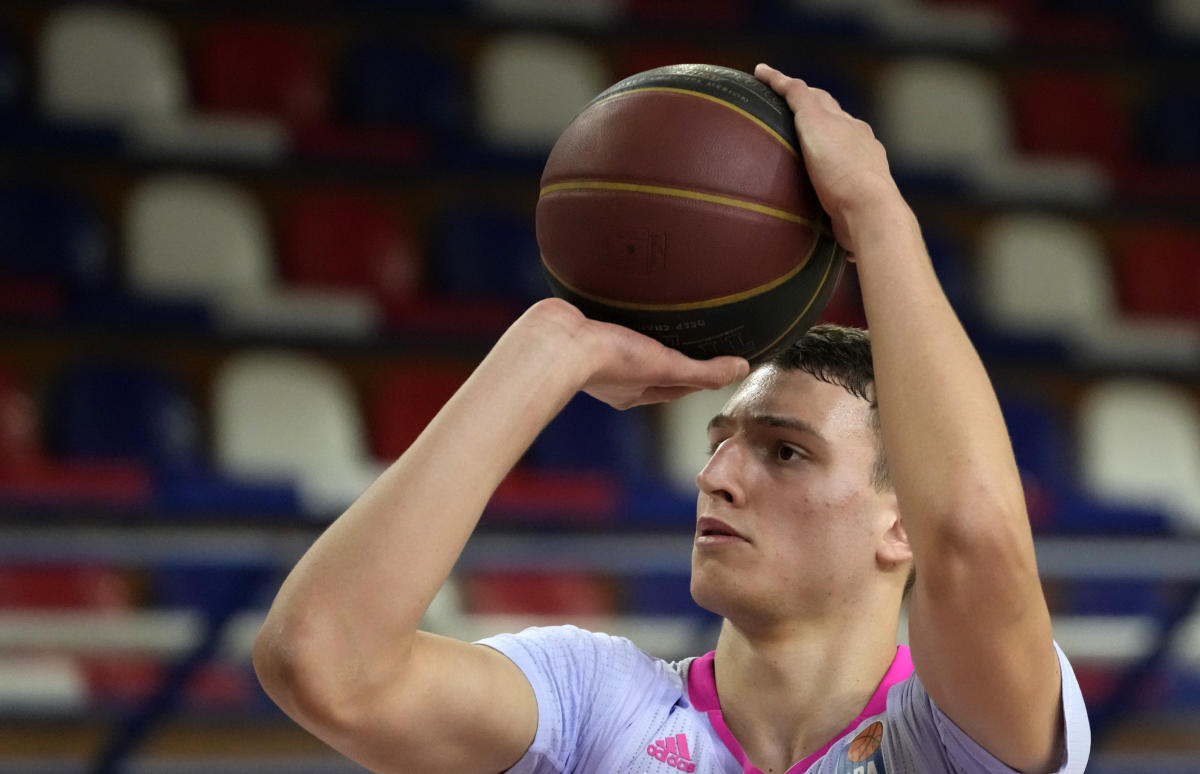