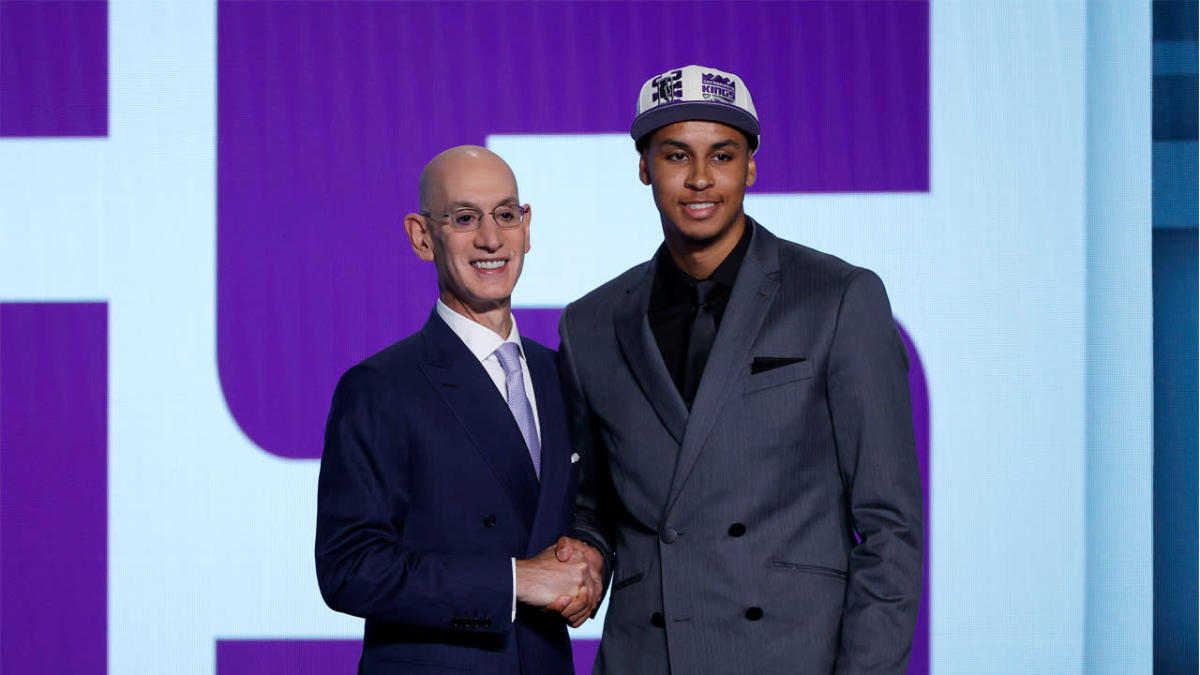 Keegan Murray, not Jaden Ivey, became the new face of the Sacramento franchise when the Kings decided to keep their No. 4 pick in the 2022 NBA Draft and select the 6-foot-8 Iowa forward on Thursday.

Of course, Ivey being the projected player to join the Kings led to mixed reviews about Sacramento’s decision.

It didn’t take long for the chatter to break out, and now, the grades are in.

Here are what draft experts around the web are saying about the Kings’ first-round pick.

“We’ve got our second surprise inside the top four: Keegan Murray is a King. You have to wonder if Sacramento could have traded down and gotten something from another team while still taking Murray. Teams have been lining up for the no. 4 pick for a long time. I wonder if there was something from Indiana at no. 6 or San Antonio at no. 9? We do not know all the details. While there might have been some higher-upside prospects on the board, Murray is a terrific fit alongside Domantas Sabonis and De’Aaron Fox. ”

“This pick was long expected to be Purdue’s Jaden Ivey but instead, the Kings go with Murray. Murray adds a level of defensive versatility that Sacramento could use in its frontcourt and its efficient and effortless three-level scoring will fit nicely with playmakers like De’Aaron Fox and Domantas Sabonis. I still think the Kings should have taken the best player on the board here, but they certainly fill a need by drafting a forward like Murray. ”

“I like Murray, but it’s not what I would have done. I would have taken Jaden Ivey. But he made it crystal clear he did not want to be there. I do not think that is enough to explain not taking him, but I do understand where the Kings were going with this move. Murray was a tremendous player this season – the second-best college basketball player in the country. ”

“After earning the Big Ten All-Freshman Team honors in 2020-21, Murray rocketed into becoming one of college basketball’s best players as a sophomore. He took what appeared to be a retooling Iowa program and powered Fran McCaffrey’s Hawkeyes to the program’s first Big Ten Tournament championship since 2006. Murray used his 6-foot-8 frame to his advantage, combining size with a smooth level of body control to be a difficult force to stop on the go.

The Iowa native was as efficient as any player in college hoops this past season and proved he could score in a variety of ways. Defensively, there’s room for improvement for Murray, and he won’t be confused as a great passer. But, in a scoring-driven league, that area of ​​Murray’s game is going to translate at the next level.

The Kings need perimeter shooting, and Murray fits that mold to a tee. They shot 34 percent from the floor last year, so this addresses a need. He fits well potentially with De’Aaron Fox, but is he the fourth-best player in this draft? Not so sure about that. ”

Keegan Murray is going to be a good NBA player for a long time. At 6’8, 220 pounds, Murray can rip three-pointers off movement, score in transition, and play solid team defense. At the same time, he feels like more of a “high floor” pick than a “high ceiling” pick – and the Kings need all the upside they can get. Jaden Ivey was the best player on the board and the Kings did not take him because of his fit with De’Aaron Fox. Drafting for fit is the wrong move for almost every team. Sacramento hasn’t made the playoffs since 2006 in large part because they are so inept in the draft. The Kings once passed on Luka Doncic to take Marvin Bagley III. Somehow, they’ve made another blunder by overthinking fit instead of just going with the best player on the board. We had Ivey as our No. 3 overall player and Murray as our No. 9 overall player. He just doesn’t have the upside to warrant this selection. ”

“It was clear that the Kings were zeroing in on Murray at the beginning of the week. He had a strong workout with them leading up to the draft and is a nice complementary piece to Davion Mitchell and De’Aaron Fox. The Kings haven’t had much luck drafting bigs but Murray’s hybrid role to switch off the wing to the post will bring versatility in the front court. “

“I buy Murray becoming an impactful and probably starter-quality NBA player who puts up numbers as a scorer. He’s going to knock down shots, attack closeouts and take advantage of any leverage-based mismatch he gets. Tobias Harris is the current NBA player I see most when I watch Murray. He is at his best when keeping things simple, with no frills. Murray will push the ball in transition, catch and shoot, make the occasional mid-post self-created bucket, and hit opposing guards on post mismatches. I also buy him as a shooter from all over the court in a variety of situations, meaning coaches will be able to move him around. Ultimately, his value will come down to whether he can be a switch guy on defense who can at least hold up at the point of attack, even if he’s not a lockdown stopper.

Hollinger’s team fit: Another surprise in the top 4! The consensus pick here was Purdue’s Jaden Ivey, but the Kings went with the better roster fit of Murray instead. The Kings only had one real forward on the roster and Murray’s effortless bucket-getting will help them in the short term, especially if new coach Mike Brown runs a similar system to Golden State’s. But this is a pretty big windfall to Detroit right behind them, who I expect to pounce on Ivey at 5. ”

Kemba Walker, Pistons to discuss buyout that will let him hit free agency: 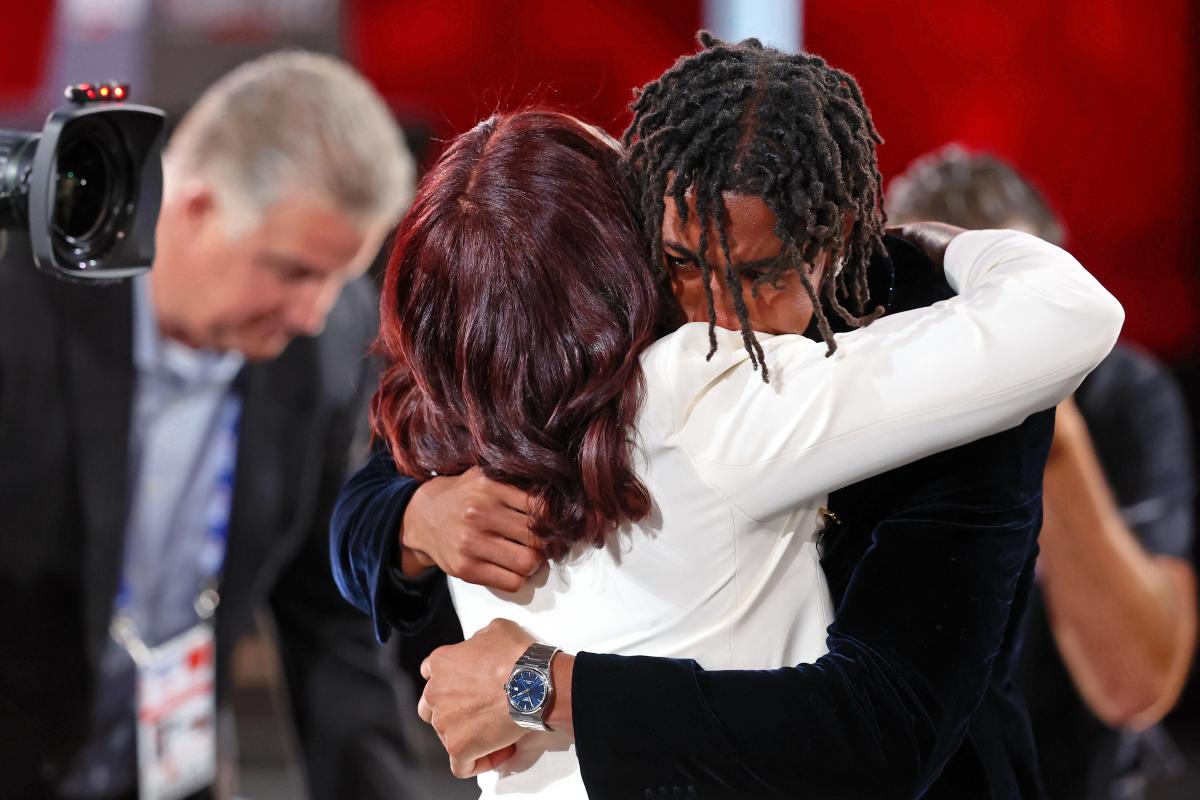 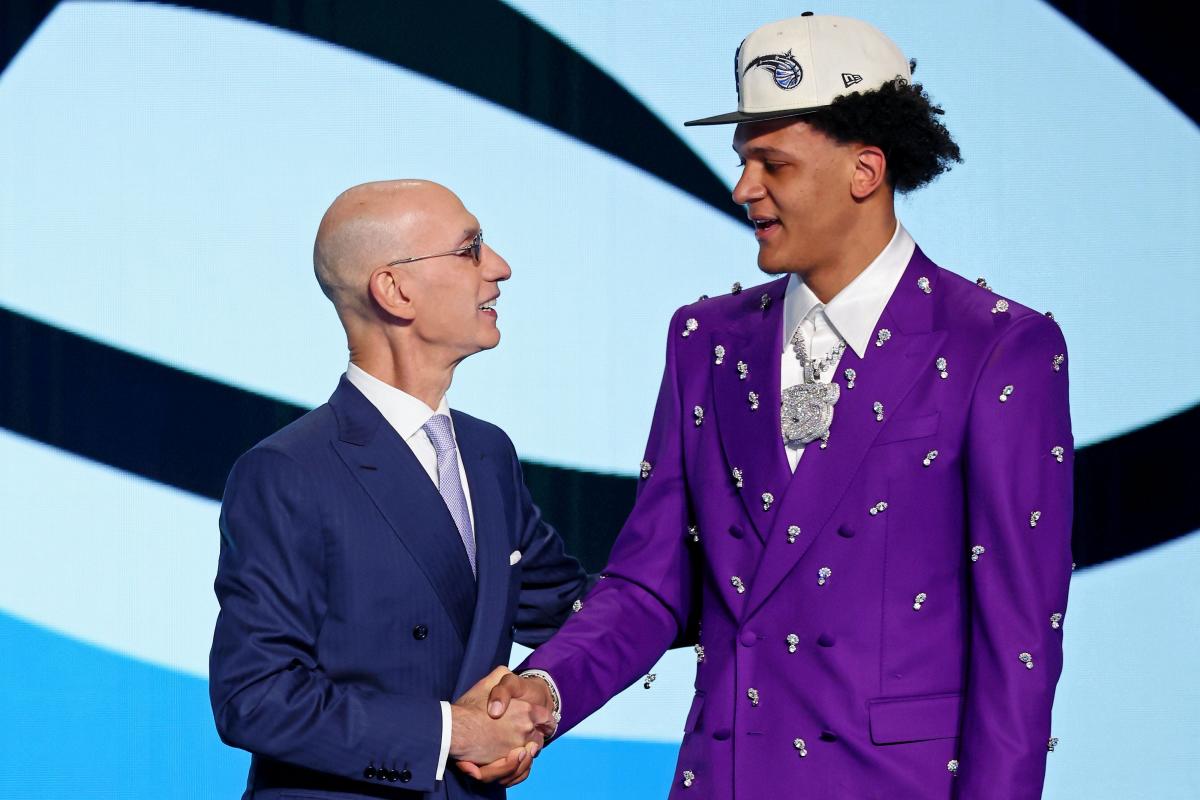