LAS VEGAS – After a fun slate of 12 fights, the UFC once again strayed away from the norm and issued bonuses to a total of five fighters.

The main UFC event on ESPN 38 was a hard-fought 25-minute battle between Mateusz Gamrot and Arman Tsarukyan. Both lightweight contenders competed in the first main event of their UFC careers, and their performances showed as they both wanted to make a statement. It was a high-paced, all-action bout that pushed the limits of both fighters. When it was all said and done, Gamrot earned the unanimous decision nod from the judges. For their efforts though, both men take home an extra paycheck for the Fight of the Night.

The promotion issued three Performance of the Night bonuses in addition to the FOTN. Check out who all earned the $ 50,000 award below.

‘Performance of the Night’: Thiago Moises:

[autotag]Thiago Moises:[/autotag] picked up the fifth win of his career on Saturday by submitting Christos Giagos. The victory was the quickest of Moises’ UFC run thus far. He quickly found his way to the standing Giagos’ back, slapped on a body triangle, and began hunting for the neck. He found the opening he was looking for and got the tap from a rear-naked choke just over three minutes into the main card bout. For his efforts, Moises takes home his first Performance of the Night bonus.

‘Performance of the Night’: Shavkat Rakhmonov:

In what was the toughest test of his career to date on paper, [autotag]Shavkat Rakhmonov:[/autotag] made his co-main event showdown against Neil Magny look relatively easy. The undefeated welterweight established his game early in the fight and took control of Magny on the ground in the first and second rounds. With time running out in the second, Rakhmonov found the neck of Magny and sold out for a guillotine choke. With just two seconds remaining, the tap came. Taking out a fighter like Magny in that fashion is no easy task, so naturally, Rakhmonov takes home his second-straight Performance of the Night bonus.

‘Performance of the Night’: Josh Parisian:

It wasn’t all easy for: [autotag]Josh Parisian:[/autotag], but he got his hand raised on Saturday night after some early adversity. His opponent Alan Baudot brought the pain early, but the Parisian was able to weather the storm and turn things in his favor in the second round. Parisian battled back with hard punches and eventually found himself being pulled off by the referee after a TKO stoppage just over three minutes into the second frame. It was a nice rebound to the win column for the Dana White’s Contender Series veteran, who earned an extra $ 50,000 for a Performance of the Night in the comeback win.

‘Fight of the Night’: Mateusz Gamrot Vs. Arman Tsarukyan:

The main event of UFC on ESPN 38 turned out to be an incredible battle. [autotag]Mateusz Gamrot:[/autotag] and: [autotag]Arman Tsarukyan:[/autotag] entered the first main event of their UFC careers and gave their best efforts over the course of 25 minutes in a fast-paced war. Both men had their moments throughout the fight, but when it was all over, the official judges were unanimous in declaring Gamrot the winner of the bout. While one takes the win on their professional record, they both take home a $ 50,000 check for the Fight of the Night. No strangers to exciting performances, Saturday’s award marked the fourth bonus for each fighter. 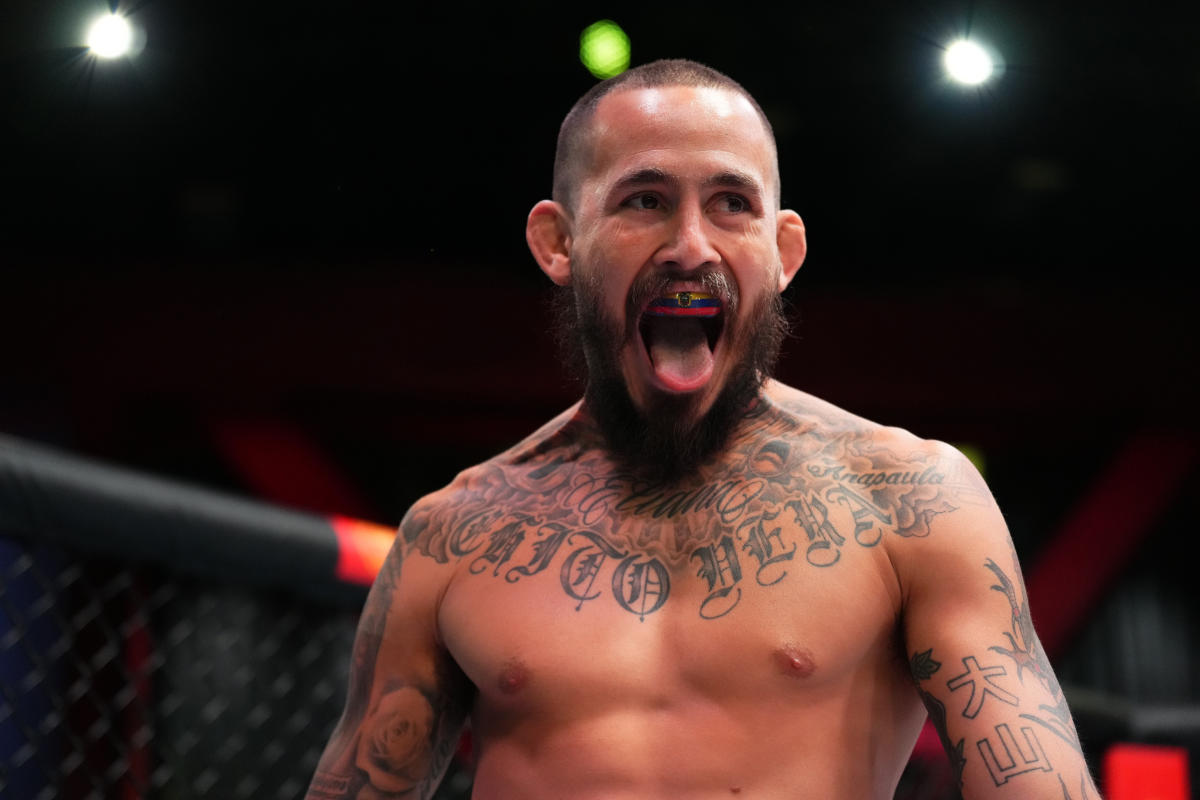 Marlon Vera doesn’t ‘give af***’ about Dominick Cruz’s legend status, among other things

Who are our two unanimous picks in Sioux Falls?