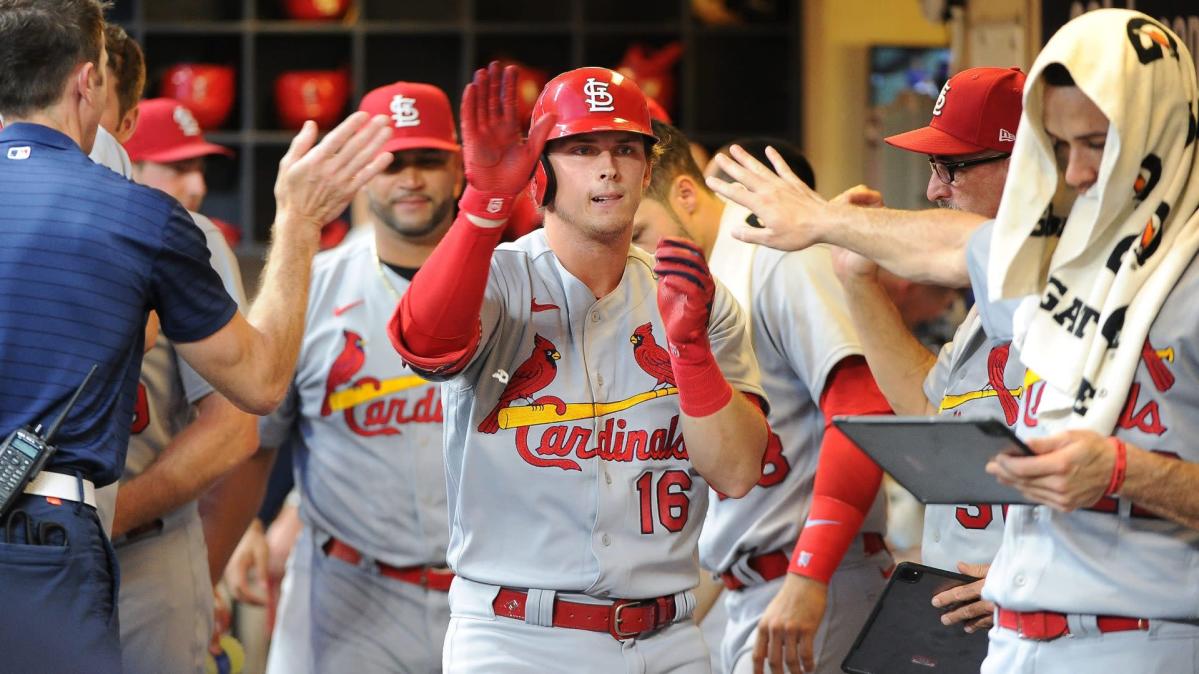 MILWAUKEE – St. Louis manager Oliver Marmol believes the Cardinals’ fortunes this season depend on the progress of their rookies.

“Their ability to not rely on their talent but develop it is going to be the key to our success,” Marmol said.

Gorman went 4 for 4 with a pair of solo shots and four RBIs as the Cardinals snapped Milwaukee’s four-game winning streak and regained a share of the NL Central lead. The Cardinals and Brewers are both 39-31 after splitting the first two matchups of this four-game series.

Gorman broke a 2-all tie and put the Cardinals ahead for good with a homer to center field off Chi Chi Gonzalez (0-1) in the fourth inning. The rookie extended the lead to 4-2 with a drive over the right-field wall against Miguel Sanchez in the seventh.

“It was just his night,” Gonzalez said.

The 22-year-old Gorman could have plenty more ahead of him.

Since making his major league debut May 20, Gorman has six homers in 29 games. His first five all traveled at least 400 feet, including his 428-foot shot in the fourth. The streak ended when his seventh-inning homer went 396 feet.

Gorman also has 33 strikeouts in 93 at-bats, but the Cardinals like the way he’s adapted. He arrived in the majors with a high leg kick that he later stopped using so much, though Gorman believed he employed it again Tuesday night.

“Just kind of the small adjustments here and there (are) needed throughout my career,” Gorman said. “Kind of having the ability to do it, whether it’s overnight or that day when I get to the field, has been huge for me.”

“That swing he has and overall approach, you make a couple of adjustments, and I think the swing-and-miss goes down and you still see the power we’re seeing right now,” Marmol said.

The Cardinals also got great work from their bullpen.

Zack Thompson (1-0), Drew VerHagen, Giovanny Gallegos and Ryan Helsley combined to allow just one hit and one walk in six innings of scoreless relief. The Brewers had only four hits.

Gorman’s big night started with a two-out RBI single in the first as the Cardinals grabbed a 2-0 lead. Willy Adames tied it in the bottom half with a two-run homer off Jack Flaherty.

But the Brewers failed to capitalize on Flaherty’s control issues.

Flaherty retired just one of his first five batters – allowing Adames’ homer and three walks – but avoided further damage in his three-inning stint by continuously pitching out of trouble. Flaherty matched a career high with five walks.

“We felt like we had Flaherty on the ropes a little bit in every inning, but the next hit just never happened,” Brewers manager Craig Counsell said.

It was Flaherty’s second appearance after having a platelet-rich plasma injection in March while recovering from shoulder inflammation. The right-hander made his season debut last Wednesday.

“I’ve been pitching pretty regularly for the last couple of months, maybe not at the big league level, but I’ve been pitching pretty regularly,” Flaherty said. “For things to have been as in sync as they were, and then to come here and have them kind of be out of sync is very frustrating, but it’s things you go through. Guys go through stuff like this all the time. I’ll figure it out. ”

Gonzalez allowed three runs and four hits over four innings with two strikeouts and one walk in his Brewers debut after getting claimed off waivers from Minnesota. He started in place of Aaron Ashby, who went on the injured list Monday.

Cardinals: 1B Paul Goldschmidt was not in the lineup due to back tightness. “He’ll experience it from time to time,” Marmol said. “Usually he takes a day, it loosens up, he’ll get treatment and be back at it. That’s our hope. ” . RHP Jordan Hicks pitched one scoreless inning in a rehabilitation assignment with Triple-A Memphis as he recovers from a forearm strain. He threw 14 pitches, walked one batter and allowed no hits.

Brewers: Counsell said Kolten Wong had a setback in his recovery from a strained right calf and isn’t doing any on-field activities right now, though the second baseman is swinging a bat. Wong hasn’t played since June 7.. INF Mike Brosseau (ankle) and RHP Trevor Gott (right groin) began rehab assignments with the club’s Class A affiliate in Appleton, Wisconsin.

RHP Adam Wainwright (5-5, 3.06 ERA) starts for the Cardinals and LHP Eric Lauer (6-2, 3.57) gets the call for the Brewers when the four-game series continues Wednesday night. 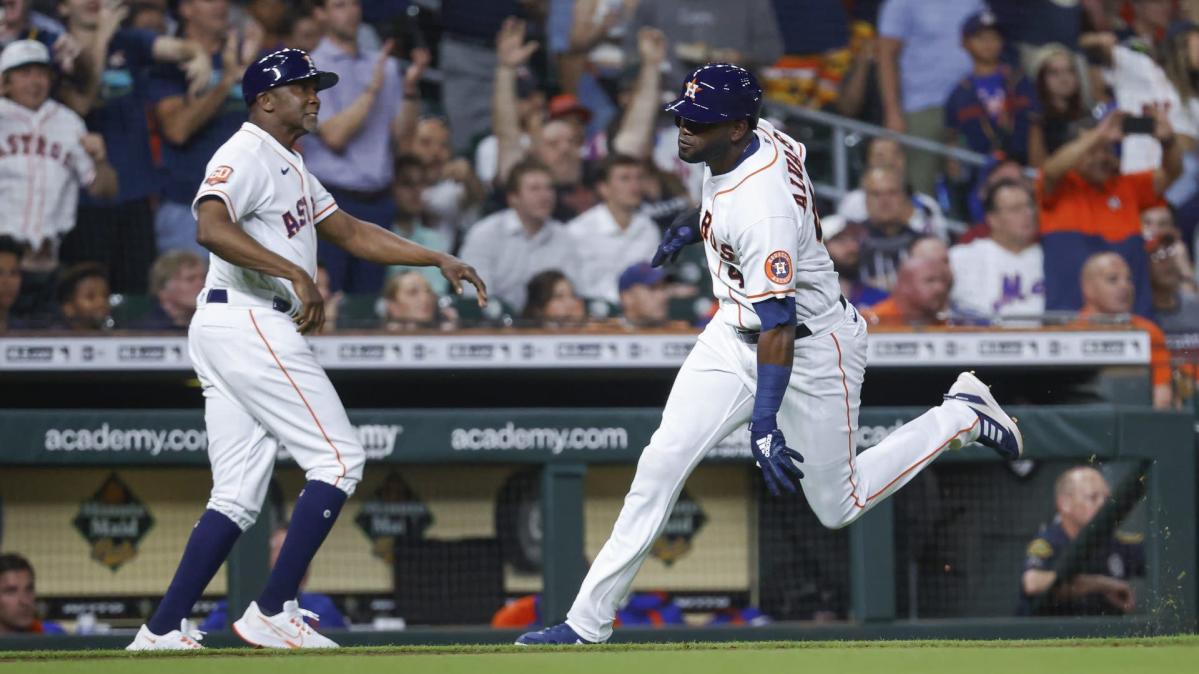 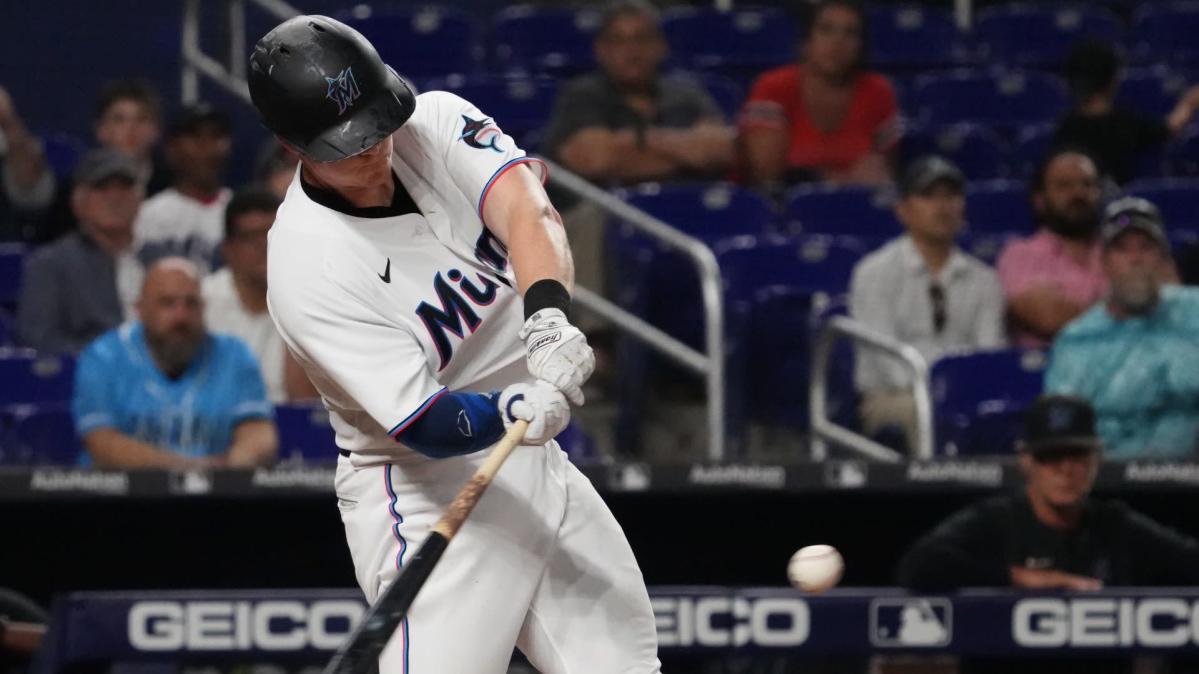