A bit of news trickled out of MLB headquarters this week with ramifications for the Red Sox. The league and union predictably failed to agree on an international draft by Monday’s deadline, leaving the qualifying offer system in place.

That means potential free agents like Xander Bogaerts, JD Martinez, Nathan Eovaldi, and Christian Vazquez can be offered one-year deals for the average of the top 125 salaries in the game ($18.4 million this year), with the signing team losing draft picks. and maybe international bonus money.

This affects how the Red Sox act at the trade deadline in two key ways. First, they now have a baseline for what kind of return they can request in any trade — the equivalent of a high draft pick. And second, they’re further incentivized to dump payroll to drop below the luxury tax threshold.

These two goals would appear to work at cross purposes, since the clearest way to shed salary is by trading the players who would eventually bring back draft picks. But let’s break down some possibilities.

Teams above the $230 million luxury tax threshold, as the Red Sox currently are, will receive a fourth-round pick in next year’s draft if a qualified player signs elsewhere. Teams below it will pick at the end of the second round. Given the premium placed on young talent, that difference is treated as significant by modern front offices.

But qualifying offers can depress markets, and in the most extreme cases, eliminate them. Red Sox fans no doubt remember All-Star closer Craig Kimbrel remaining unsigned until after the 2019 draft, when he’d no longer be subject to compensation. The same fate befell former Cy Young Award winner Dallas Keuchel, and neither of their careers has ever been quite the same.

The Red Sox won’t tender everyone. Vazquez, for instance, would be considerably overpaid at one year and $19 million if he accepted the offer, and there’d be no guarantee he’d sign before next year’s draft if he declined it. So if the Red Sox don’t trade him now, they’re probably consigning themselves to losing him for nothing.

And maybe that’s OK, if the club prioritizes making one final run with a group that manager Alex Cora and chief baseball officer Chaim Bloom insist is playoff-worthy. But if they’re not planning to pursue significant upgrades, then keeping their starting catcher when his rental market will never be higher makes little sense.

There’s less worry about Martinez’s free agent market, especially from a National League team, although there’s always the chance he accepts the qualifying offer before becoming an unfettered free agent in 2023, since players can only receive the QO once in their career. There are worse outcomes than retaining an All-Star DH for another season at a market rate, but if the plan is to reallocate his money, then the Red Sox can only guarantee that by trading him now or letting him walk.

Thanks to his age (32) and troubling injury history, Eovaldi might very well accept the QO. With the draft moved back to July the last two years, that makes it harder for teams to leave talented free agents on the sidelines, à la Kimbrel and Keuchel, who signed in June. But Eovaldi could easily decide he doesn’t want to take that chance, in which case, keeping him could actually turn into a bargain.

Both Bloom and CEO Sam Kennedy are already on the record saying they have no plans to move Bogaerts, a long-time franchise stalwart. He would definitely decline the qualifying offer and easily find a new job, if it comes to that, this fall.

So that leaves the luxury tax. The Red Sox sit roughly $13 million above the threshold. Since the tax is calculated at the end of the season, the money they’d need to cut is prorated, so lopping off Eovaldi’s $16 million wouldn’t be enough. They’d need to cut more like $37 million in full-season salary, which means Martinez would probably have to go, too.

No matter how they spin it, that would be waving the white flag on 2022. The Red Sox must decide if that’s worth the payoff of moving up two compensatory rounds for Bogaerts this fall. 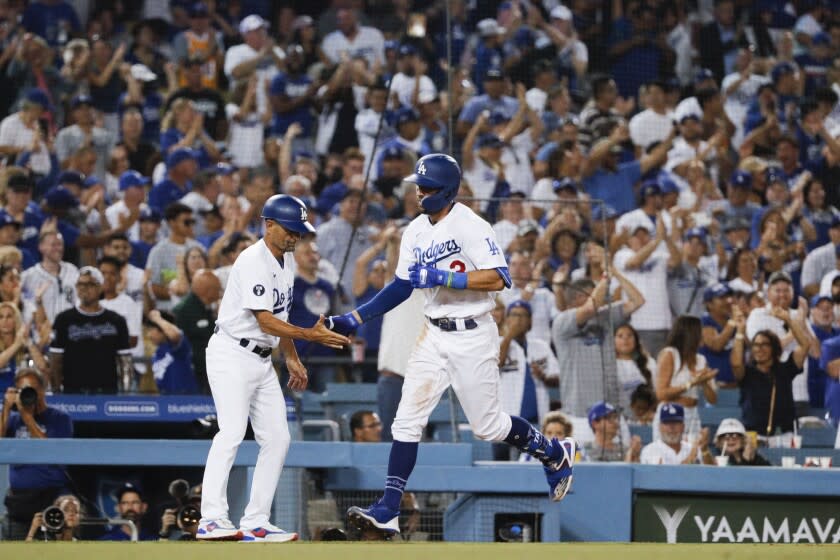