In 1984, Joe Maddon was the manager of the Peoria Chiefs, a team that played in a cozy Illinois ballpark located next to an agricultural research center. The minor leagues were, shall we say, a little more informal in those days.

And there was Benny Gallo, a left-hander whose career was derailed because his pitches had only a casual acquaintance with the strike zone.

“Great guy,” Maddon said. “I used to really enjoy my conversations with him.”

He could have gotten the shot, if for no other reason than to save his job as a scout. Instead, he is suing the Nationals.

In the short run, he is devastated. He misses baseball. At 63, he has no idea if his days of working in baseball are over. We met at the Encinitas Little League fields, where he played as a kid.

He played seven professional seasons, none above Class A, before retiring in 1987. He tended bar. He sold cars.

“I tried to sell insurance,” he said. “I was awful at that.”

One of his old Peoria teammates, Kris Kline, runs the Nationals’ scouting department. After Gallo completed the major league scout school, Kline took him under his wing. Gallo worked as a part-time volunteer assistant for the Nationals for four years.

“As good a job as you can have in baseball,” Gallo said.

In 2021, the Nationals mandated employee vaccinations, citing the need “to safeguard the health of our employees and their families, our customers and visitors, and the community at large.” The Nationals said they would work toward “reasonable accommodation” for employees who cited religious or medical reasons for declining the vaccine.

Gallo cited both. In his lawsuit, which discusses his convictions “as a devout Christian regarding the sanctity of his physical body” and his control over what goes into it, a footnote cites three passages from the Bible, in support of what the team had said would need to be a “sincerely held religious belief.”

After meeting with Gallo, the team informed him it “recognizes and respects your religious beliefs and would accommodate those beliefs if it could.” However, the team told him that not getting vaccinated would “pose an unacceptable risk to the health of company employees (including you), customers, visitors, and others with whom you are required to interact.”

His termination marked a bitter end to a lousy year. In January 2021, Gallo contracted COVID. His body ached. His chest was congested. He lost his sense of smell.

He recovered in about two weeks. In August, according to a lab report included in his lawsuit, a blood test revealed he had antibodies to combat the virus. Six months later, Gallo said, another test showed the same thing.

Gallo told the Nationals he had “natural immunity” from the virus. A physician had told him such immunity might be stronger and last longer than whatever immunity the vaccine might provide.

Yet, according to the lab report: “It is yet undetermined what level of antibody… correlates to immunity.” And just check the news, or your social media feeds: Who among us has not heard of someone getting COVID once, getting better, and getting COVID again?

“His prior infection does not give him durable immunity,” said UC Irvine epidemiologist Andrew Noymer.

The vaccine might not do that either. Gallo wondered how we can proclaim the vaccine is effective when vaccinated people keep getting infected.

“I’m sorry to say he is right on that point,” Noymer said, “at least partly.”

When COVID-19 vaccines made their debut in December 2020, the Food and Drug Administration called the Pfizer vaccine “95% effective in preventing COVID-19 disease.” The hope, and the hype, that vaccines could stop the disease have waned, and variants have emerged. Perhaps future vaccines can stop the disease.

For now, Noymer said, the COVID vaccine resembles the flu shot: It can reduce your risk of infection, and it can reduce the risk of severe illness if you do get infected, but it cannot eliminate the risks.

“You do not hear many stories about people getting sacked because they did not get the flu jab,” Noymer said.

“Personally, my reaction to someone like this is: ‘Don’t be a schmuck, just get vaccinated.’ But, if we’re taking a cold, hard look at the data, I have to say it’s not at all cut and dried that taking a hard line on vaccination is the most productive way forward for everyone. “

Gallo would like the Nationals to find a productive way forward with him. He is suing to get his job back, and to get the team to provide the accommodations he alleges are required by law.

He told the team he would get tested once a week, and he would wear a mask indoors. In nine years with the Nationals, he said, he participated in three in-person meetings.

He took care of some business by telephone, or on Zoom. He spent almost all of his work time at a baseball field.

I asked the Nationals why they could not accommodate Gallo, or what they had to say about the lawsuit he filed. The team declined comment.

If the lawsuit goes to trial, Noymer said, the jury would see “a clash of expert witnesses.” Years could pass before a trial, and before a jury would decide whether the Nationals broke the law – and, even if they did, whether they would have to reinstate Gallo.

Baseball preaches the importance of team, and of putting what the team wants ahead of what you want, for the sake of the greater good. I asked Gallo if getting the vaccine might not be an example of that.

“They could have sent me to the Himalayas to go look at a shortstop. I’d have gotten on a plane, climbed Mt. Everest and figured out a way to go see the shortstop in Nepal, ”Gallo said. “But guess what? This has nothing to do with baseball or teamwork.

“This is America. No one is going to tell me what medical procedure I need to do to be part of the team. This is wrong. This is absolutely ridiculous. ”

The Nationals won the 2019 World Series. Gallo is the proud owner of a championship ring.

These days, a ring that should bring him joy now brings despair.

We shook hands and bid farewell. Gallo had to get back to work. He had cars to sell. 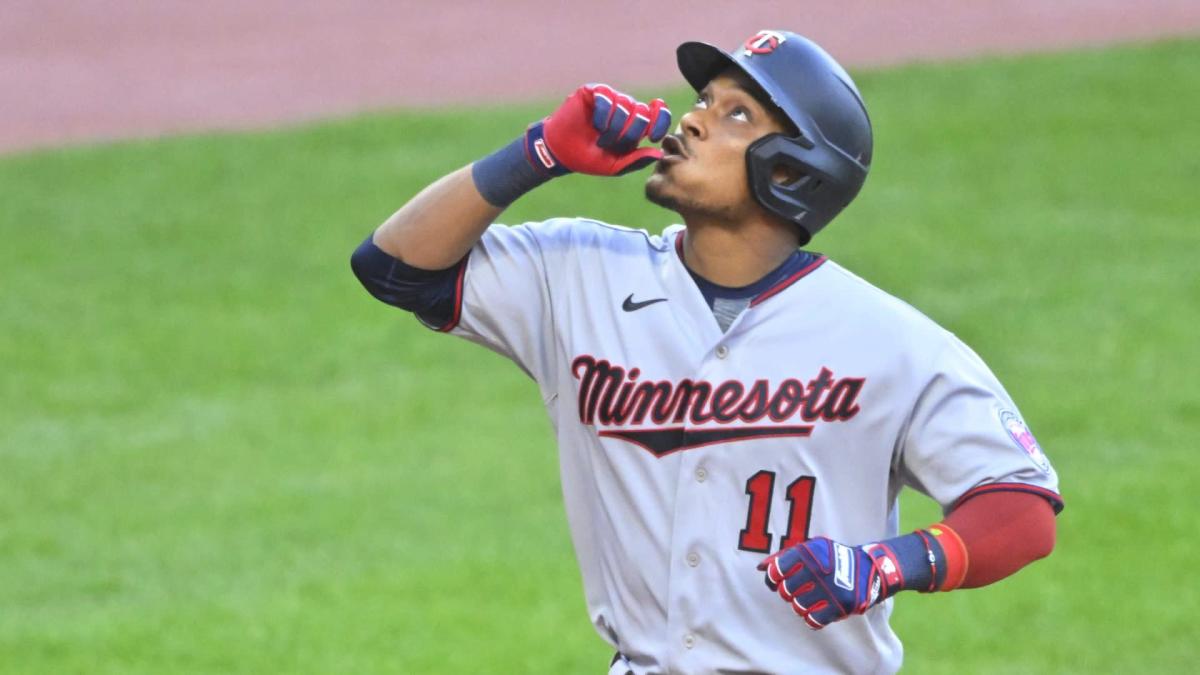 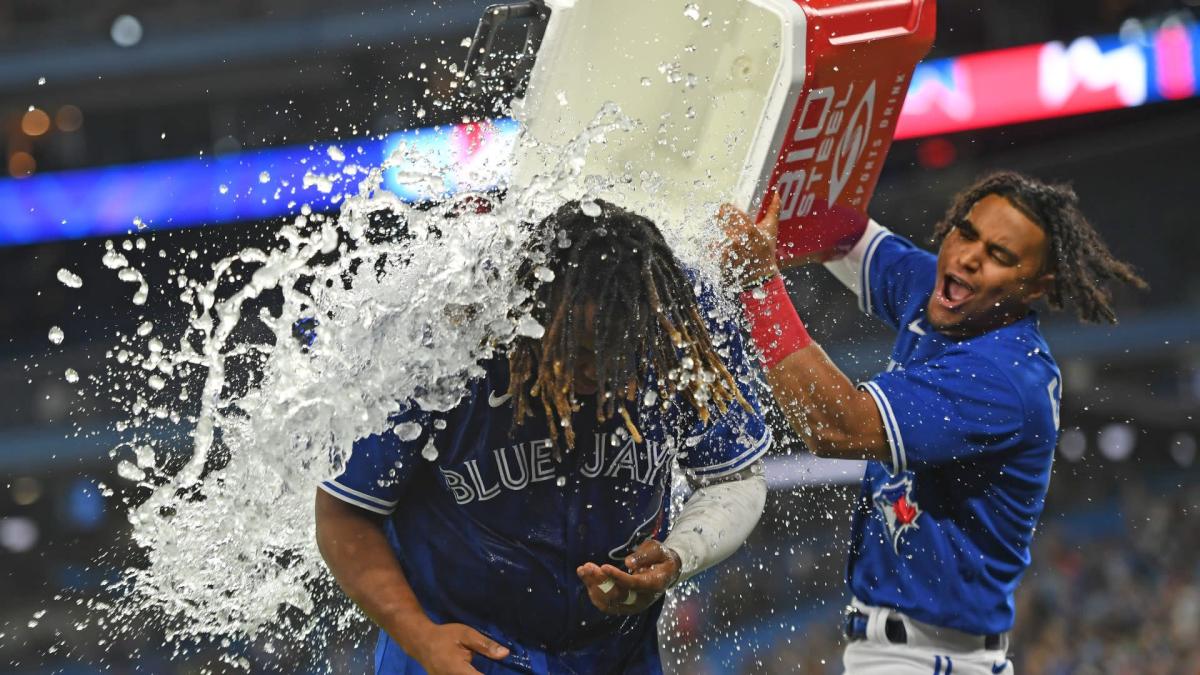