In Boston, right-hander Nick Pivetta threw just the fourth complete game in baseball this season, two-hitting the Astros in a dominating 5-1 victory. An hour west, right-handed prospect Brayan Bello made his Triple-A debut in Worcester’s Polar Park, striking out 10 over six outstanding innings.

The two pitchers highlight what is proving to be a strength of Chaim Bloom’s leadership: identifying and developing pitching. Bloom recognized Pivetta as an undervalued asset when he acquired him for veteran relievers Brandon Workman and Heath Hembree from the Phillies at the 2020 trade deadline. He inherited Bello, but he has overseen the prospect’s development from sub- $ 30,000 international flyer to legit top-100 arm who could force his way to Boston sometime this year.

In a season where the Red Sox have largely wasted their best starts, it’s worth noting that they’re laying a foundation in a rotation that a year from now could feature Garrett Whitlock, Pivetta, Bello, Chris Sale, and James Paxton, with Tanner Houck in reserve. And that’s without even mentioning the possibility of re-signing Nathan Eovaldi or promoting top left-handed prospect Brandon Walter, who has struck out 49 and walked three at Double-A Portland.

That’s a solid potential base from which to build, and Pivetta has certainly done his part over the last three weeks to suggest that a lousy April is a thing of the past. On Wednesday, he served up a leadoff homer to Jose Altuve at the end of a 10-pitch at-bat and then simply locked in.

He retired the next 18 batters before Michael Brantley doubled leading off the seventh. He finished the eighth with strikeouts of Chas McCormack and Jeremy Pena at 102 pitches, but if anyone thought the fiery right-hander’s work was done, guess again.

“The way he was looking at me, I was like, ‘Let me stay away, he might kill me,'” said manager Alex Cora. “He had that look. He had it. From the bullpen, he came in, he gets into his … he goes somewhere else mentally.”

Pivetta made short work of the Astros during a 1-2-3 ninth, grounding Brantley into the shift to end it and continuing an excellent run in May. He allowed just one run in seven innings vs. the Rangers in his last start, and is 2-1 this month with a 1.70 ERA.

“I did not want to come out,” Pivetta said. “After the last game, I felt like I could go the extra two innings, pick up the bullpen a little bit. I felt good, I felt confident. I was in the zone. They weren’t taking great hacks against me. I just kind of ran with that. “

Meanwhile, in Worcester, Bello took the hill against Scranton Wilkes-Barre with the eyes of the prospect-loving world on him. The skinny right-hander turned 23 on Monday, and even if the jump from Double-A to Triple-A is not what it used to be, it still represented a considerable challenge.

For the first time, Bello would be facing hitters with extensive big-league experience. The RailRiders lineup included former Yankees prospect Greg Bird, whose memorable homer off Andrew Miller beat the Indians in the 2017 playoffs. There was also Derek Dietrich, who has compiled more than 2,000 at-bats with the Marlins, Reds, and Rangers. No. 3 hitter Miguel Andújar finished second in the 2018 Rookie of the Year voting and smacked 27 homers for the Yankees. Old friend Ryan LaMarre has spent parts of six seasons in the big leagues, including five games with the 2016 Red Sox.

In a season where the Red Sox have largely wasted their best starts, it’s worth noting that they’re laying a foundation in a rotation that a year from now could feature Garrett Whitlock, Pivetta, Bello, Chris Sale, and James Paxton, with Tanner Houck in reserve.

John Tomase on the outlook of the rotation:

Outside of a home run to former top-40 prospect Estevan Florial, Bello controlled the game, allowing six hits and two runs in six innings. His fastball reached 98 mph before settling in around 96 and he impressed teammates and coaches by working so quickly, his fielders often had to sprint to their spots in the shift.

“Working fast on the mound does not allow the hitters to make adjustments on me and they hopefully mess up their timing,” Bello told reporters, including Katie Morrison of MassLive. “That’s something that I’ve done throughout my career and will continue to do.”

That should be music to the ears not only of Red Sox fans, but baseball fans. Pivetta worked quickly on Wednesday, too, finishing his 112-pitch complete game in only 2:38.

The future of the Red Sox starting staff isn’t just bright, it might also be fast. We’ll all sign up for that. 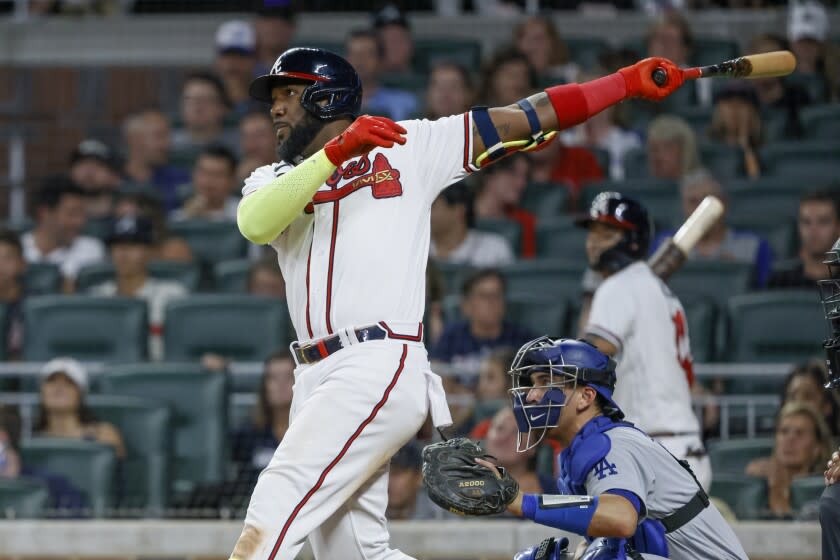