Before Wednesday, Saban had complained about it on multiple occasions. In January, he called for “national legislation:”To prevent an imbalance. When it was pointed out that Saban is concerned that Alabama may not be able to compete with other schools that have access to a greater pool of cash that can be used to lure and keep players, some insisted that Saban was simply firing a warning shot before he cracked the code on the new reality.

More recent developments suggest that Saban is genuinely concerned that his legendary recruiting chops can not match the persuasive skills of someone with a big sack of cash. On Tuesday, his get-off-my-lawn routine regarding the bygone days of everyone having the same resources misused the word “parity,” causing his message to become lost in the Sure, Jan: reaction to the notion that parity ever existed in college football. Parity of resources did indeed exist (except where it did not); however, that word automatically makes people think about parity of results. In recent years, there has been no parity of results in college football.

Then came Wednesday. Saban went unhinged on the issue, accusing Texas A&M of buying every player on its team.

“I mean, we were second in recruiting last year,” Saban said during an event in Birmingham. “A&M was first. A&M bought every player on their team – made a deal for name, image, likeness. We did not buy one player, all right? But I do not know if we’re gonna be able to sustain that in the future because more and more people are doing it. It’s tough. “

The fact that Jimbo Fisher, a former Saban assistant, coaches Texas A&M made Saban’s latest remarks even more powerful. The fact that both are from West Virginia put Saban vs. Fisher immediately on par with Hatfield vs. McCoy.

Here’s the reality. Any NIL deals that are tipping the scales in the direction of schools that had a harder time competing with Saban in the part are permissible in this new environment. If a college program, through the indirect efforts of its boosters, uses NIL money to land players, it’s fair game. It’s no longer a violation of the rules, in large part because the rules that limited players to tuition, fees, room, board, and snacks are now regarded as antitrust violations.

Fisher, to his credit, did not turn the other cheek to Saban’s harsh words. Instead, Fisher decided to engage Saban at a press conference on Thursday. Here’s some of what Fisher said in response to Saban’s comments.

“We never bought anybody,” Fisher said. “No rules were broken. Nothing was done wrong. . . . It’s despicable that a reputable head coach can come out and say this when he does not get his way or things do not go his way. The narcissist in him does not allow those things to happen. . . . The parity in college football he’s been talking about? Go talk to coaches who coached for him. You’ll find out all the parity. Go dig into where he’s been. You can find out anything. And it’s a shame you’ve got to sit here and defend 17-year-old kids and families and Texas A&M. Because we do things right? We’re always gonna do things right. ”

“Some people think they’re God. Go dig into how God did his deal. You may find out about a guy that – a lot of things you do not want to know. We’ve built him up to be the czar of football. Go dig into his past, or anybody that’s ever coached with him. You can find out anything you wanna find out, what he does and how he does it. And it’s despicable. It really is. . . .

“I hate it for our players who are coming here, who did things the right way, have done things the right way, will continue to do things the right way, I apologize to you that people insult you publicly the way they’re doing . . . . I promise you this. There are no violations. There: [is] nothing wrong. It’s the second time we’ve had to do this with grown men who do not get their way and wanna pout and throw a fit and act up. Just go ask all the people who worked for him, who know exactly what he’s about. I always said this, my dad always told me this, ‘When people show you who they are, believe them.’ He’s showing you who he is. “

Fisher acknowledged that Saban has tried to call Fisher, but that Fisher will not talk to his former boss.

“We’re done,” Fisher said. “He showed you who he is. He’s the greatest ever, huh? When you’ve got all the advantages, it’s easy. . . . You coach with people like Bobby Bowden and learn how to do things. You coach with other people and learn how not to do things. There’s a reason I ain’t went back and worked for him with opportunities. Don’t wanna be associated with it. ”

Fisher and Saban agree in one area. Fisher said he wants “unified rules” for NIL payments and that “the government needs to step in.”

The bottom line is that there are so many dollars that boosters will be willing and able to give to the college programs they support. Every dollar that goes to NIL funding won’t go to the programs or the coaches. And some programs will necessarily be able to raise fewer total dollars than others.

Saban undoubtedly fears that, at the end of the day, Alabama will not be able to compete with other schools that draw from bigger fan bases and deeper pockets. To think that Saban is firing a warning shot to college football is now laughable. His warning shot is an SOS.

Meanwhile Alabama and Texas A&M will meet on October 8.

Will it be awkward?

“Awkward about what?” Fisher said. “I do not mind confrontation. Been with it my whole life. I kind of like it myself. Backing away from it was not the way I was raised. ”

Actually, Saban and Fisher were raised roughly 20 miles apart. In Fisher’s view, they could not have been raised more differently.

“I do not cheat and I do not lie,” Fisher said. “Because I learned that when I was a kid. If you did, your old man will slap you upside the head. Maybe somebody should’ve slapped him. “

Hopefully, on October 8, Fisher won’t slap Saban. Unless they want to put on the gloves for a pay-per-view event.

That would definitely generate some extra money for the Alabama and A&M programs. 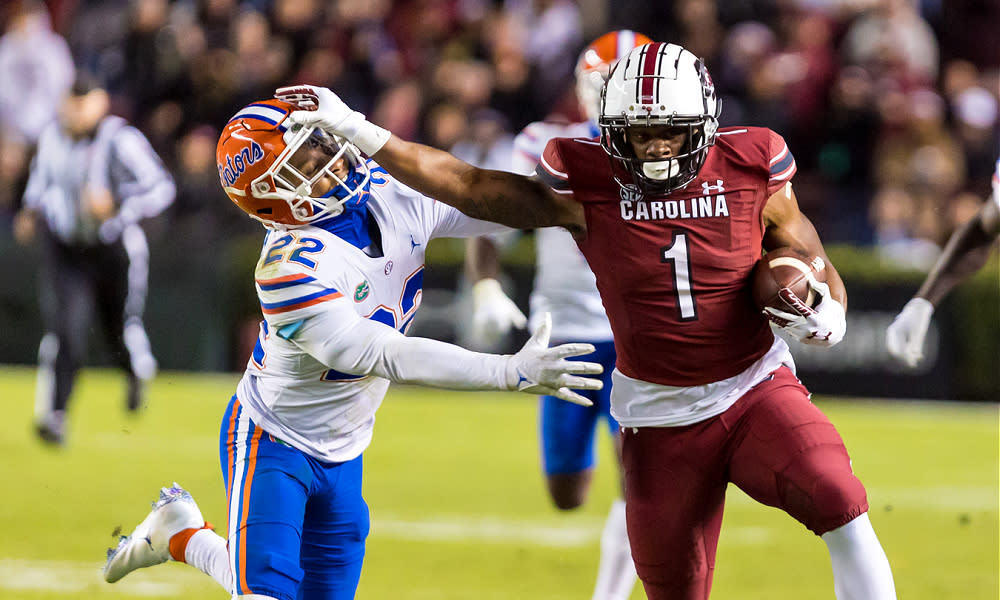