With spring practice already in the books and teams gearing up for fall camp in a couple of months, the 2022 college football season will be here before we know it.

When the next campaign kicks off, the SEC is sure to be at the forefront of the national conversation, as it is every fall. The league has captured the national championship in each of the last three seasons, and it’s looking to make that four this year.

There will be a lot of intrigue around the league this season, especially as two of its blue-bloods will trot out first-year head coaches in LSU and Florida with Brian Kelly and Billy Napier, respectively. Here’s how we see the season playing out with our preseason superlative predictions.

Here, we’ll cover the team side of things. You can check out the preseason individual superlatives by clicking here.

This one should not come as much of a surprise. The Crimson Tide returns last year Heisman Trophy winner in quarterback Bryce Young, who has as good a chance at becoming the first repeat winner since Archie Griffin in 1974 and 1975 as any player has in that span.

Alabama may have lost its top-two receivers in John Metchie III and Jameson Williams, but it added a pair of transfers in Jermaine Burton from Georgia and Tyler Harrell from Louisville. The Tide also returns arguably the best defensive player in the country from last season in edge rusher Will Anderson, who could be the No. 1 pick in the 2023 draft.

‘Bama came up short last season, but it is the prohibitive national title favorite entering 2022.

It feels like the Vols are one of the primary beneficiaries of the hype machine every offseason only to disappoint each fall. I’ll happily eat crow if the same happens this time around, but I truly think this Tennessee team could be different under coach Josh Heupel.

That was a hire that many college football fans questioned, but it seemed to work out very well in Year 1 in 2021. UT only finished 7-6, but its offense was legit with Heupel’s air raid scheme. With quarterback Hendon Hooker coming back and no clear contender in the SEC East outside of Georgia, Tennessee could step into that power vacuum.

Most Likely to Bounce Back – LSU Tigers:

The obvious choice here is one of the two powers with a new coach. Though the Gators may have the higher ceiling overall thanks to quarterback Anthony Richardson’s talent, for now, I’ll give the edge to the Tigers, who have a more complete roster.

LSU needs to figure out the quarterback spot, but it has three options with quite a bit of upside. It’s talented in the skill positions, and although its defense features quite a few new faces from the transfer portal in the secondary, it returns what could be a dominant front seven.

Competing for a division title may not be in the cards, but LSU should improve upon its 6-7 finish from last fall, and then some.

Most to Prove – Texas A&M Aggies:

Texas A&M coach Jimbo Fisher is considered one of the game’s best coaches, largely as a result of his national championship at Florida State in 2013. But is that really fair? Perhaps not.

Since arriving at College Station, he has suffered fewer than four losses in just one campaign, a pandemic-shortened 2020 season in which the Aggies just missed out on the College Football Playoff. Last year campaign was a major disappointment aside from a shocking win over Alabama.

TAMU just brought in one of the best recruiting classes in college football history, and it’s about time Fisher makes good on his ludicrous contract and brings some real success.

Arguably the biggest surprise in the SEC last season was what was going on in Columbia, South Carolina. The Gamecocks weren’t expected to be competitive at all in Year 1 under coach Shane Beamer, let alone reach bowl eligibility.

But that’s exactly what happened, and South Carolina finished 7-6 with a decisive win over North Carolina in the Duke’s Mayo Bowl in Charlotte. Beamer may be building something, and he’s got a talented new piece to work with.

The Gamecocks added quarterback Spencer Rattler, a former five-star quarterback from Oklahoma, this offseason. Rattler had a fantastic first season with the Sooners in 2020, but things went south last fall and he was eventually benched.

Still, he’ll be the most talented passer South Carolina has had in years, and he could make this team dangerous. The Gamecocks aren’t talented enough to be a real contender in the conference, but considering they face Georgia and Clemson, they could certainly be good enough to put it all together one night and ruin someone’s season.

While I could give an incredibly boring prediction here like Nick Saban or Kirby Smart, I’m not going to. Those guys are in the mix every season and rarely actually win it due to how regularly their teams are good.

Kelly or Napier both feel like safe bets here, but I’m going to go outside the box a bit. Stoops has already become arguably the best coach in Kentucky history, and he’s coming off his second 10-win season in Lexington.

He won this award once before in 2018, and this could be one of his best rosters yet as he returns quarterback Will Levis, who is seeing legitimate first-round hype in 2023. With Florida being down and the potential for Tennessee to implode as it inevitably does, the Wildcats could secure another second-place finish in the East.

It may seem premature to discuss Harsin’s job security after just one season on the plains, but considering he was very nearly ousted this offseason by a failed coup among the boosters, it’s hard to spin the situation in a way that makes him look safe.

The hire was a bit of a gamble all along, as Harsin came from Boise State with no Power Five experience. Year 1 was rough, though he did not have a competent quarterback, and with his recruiting still leaving a lot to be desired, there isn’t much room for optimism about his future with the Tigers.

If Auburn struggles again this fall, there will likely be renewed pressure to make a change. Harsin may not be so lucky the second time around. 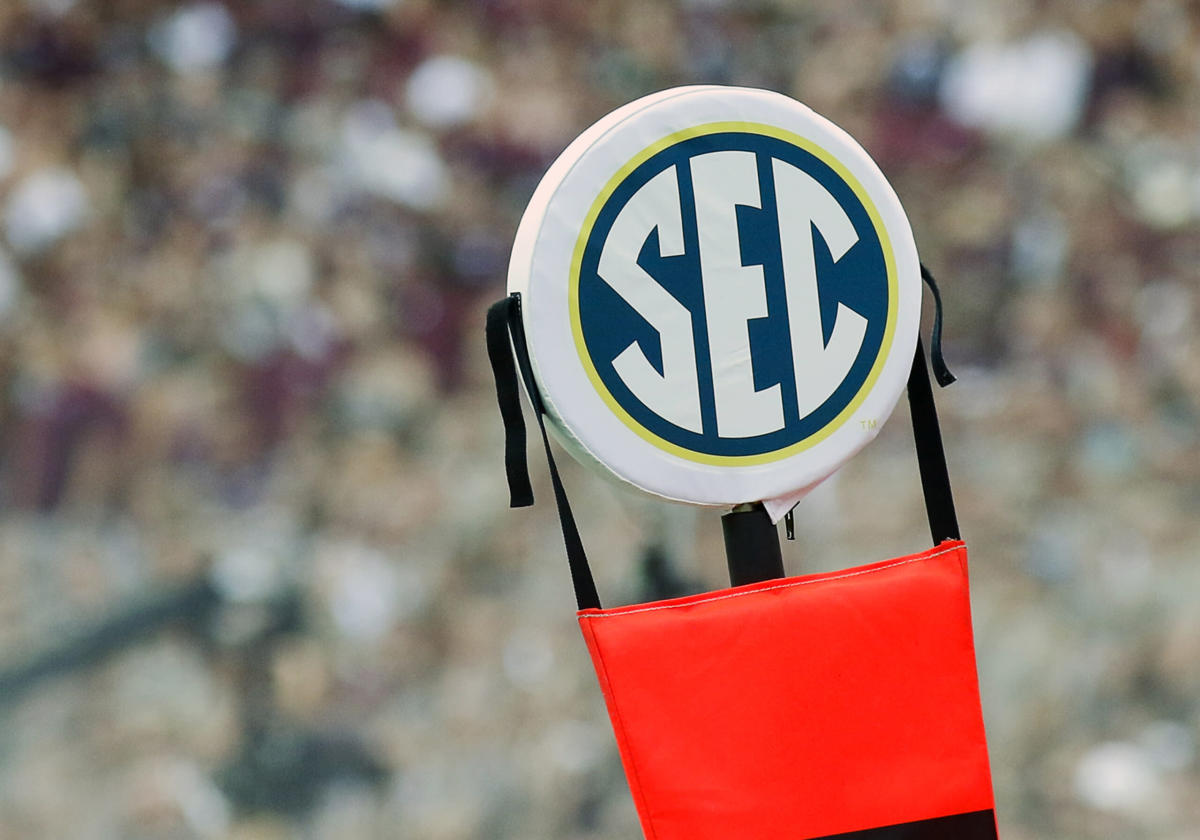 Ranking the SEC football head coaches from worst to first:

Has NIL already gone off the rails in college football?