SINGAPORE (AP) – Jiri Procházka stopped Glover Teixeira by submitting 28 seconds left in the fifth round to claim the UFC light heavyweight title in a grueling bout at UFC 275 on Sunday.

Procházka survived nearly five rounds of consistent punishment from the 42-year-old Teixeira, who became a first-time UFC champion at 205 pounds late last year. After a back-and-forth fight that left both men cut and bleeding, the Czech challenger got into position to execute a choke that ended one of the most compelling title bouts in recent UFC history.

Valentina Shevchenko kept her flyweight title with a narrow split-decision victory over Taila Santos at Singapore Indoor Stadium, but the Brazilian challenger likely tested the long-reigning champion more than any opponent during her run of seven consecutive defenses.

Earlier, former strawweight champion Joanna Jedrzejczyk announced her retirement after losing her rematch with Zhang Weili, who knocked out the Polish veteran in the second round with a spinning back fist.

The UFC’s first pay-per-view card from Southeast Asia took place in the morning in Singapore to reach the lucrative US audience on Saturday night, but the fighters shook off the early start to produce a highly entertaining slate of fights.

The main event was a thriller that only got better while Procházka managed to overcome numerous strategic mistakes with toughness and talent. Procházka became the 15th undisputed UFC champion of what has long been mixed martial arts’ glamor division, with past champions including Randy Couture, Chuck Liddell and Jon Jones.

Teixeira (33-8) was up 39-37 on two scorecards heading into the fourth round, which means the Brazilian champion almost certainly would have won a decision if he had avoided a submission in the final minute.

“Did I look 42 out there?” Teixeira asked afterward. “No? Then I’m going to keep going.”

Both fighters landed big shots from the opening round, and Teixeira appeared to turn the bout in his favor when he hurt Procházka in the second round, eventually landing an elbow that opened a big cut above Procházka’s left eye. Both fighters were bleeding from cuts in the third round, and Procházka also wobbled Teixeira in the middle rounds before his dramatic finish.

Moments earlier, Shevchenko (23-3) was tested from the opening round by Santos, who won four straight fights to earn her first UFC title shot. The closest round was the second, and Shevchenko came on strong in the final two rounds after escaping a choke from Santos (19-2) that could have ended the fight in the third.

“I left my heart in there,” Shevchenko said. “I have a true championship mind, and I’m never satisfied with my performance.”

Two judges favored Shevchenko 48-47 and 49-46, while the third scored it 48-47 for Santos, whose right eye was closed by the final bell after an accidental clash of heads in the third. Shevchenko’s seven straight title defenses are the most among any active champion.

“Unfortunately, I could not really see out of my right eye after it closed,” Santos said. “I saw two Valentinas. I just tried to hit in the middle.”

Shevchenko, the UFC’s 125-pound champion since 2018, has not lost to any opponent since 2010 other than Amanda Nunes. Shevchenko barely managed to avoid the fate of the Nunes, whose long reign atop the bantamweight division ended last December.

Zhang (22-3) dominated Jedrzejczyk in a rematch of the ex-champions’ highly entertaining first meeting in March 2020, when Zhang won by split decision in a bout that Jedrzejczyk insisted she won. The Chinese veteran left no doubt the second time, ending the bout with the spectacular spinning strike that ended it.

Afterward, Jedrzejczyk (16-5) cited her desire for motherhood and a weariness with training as her reasons for hanging up her gloves. She held the strawweight title from 2015 to 2017, making a record five defenses of the strap before losing it to Rose Namajunas and later losing to Shevchenko in a shot at the flyweight title.

“It’s been 20 years,” Jedrzejczyk said. “I’m turning 35 this year. I want to be a mom. I want to be a businesswoman. I’ve been training more than half of my life. I love you guys. ”

Zhang is likely to get the next shot at strawweight champion Carla Esparza. 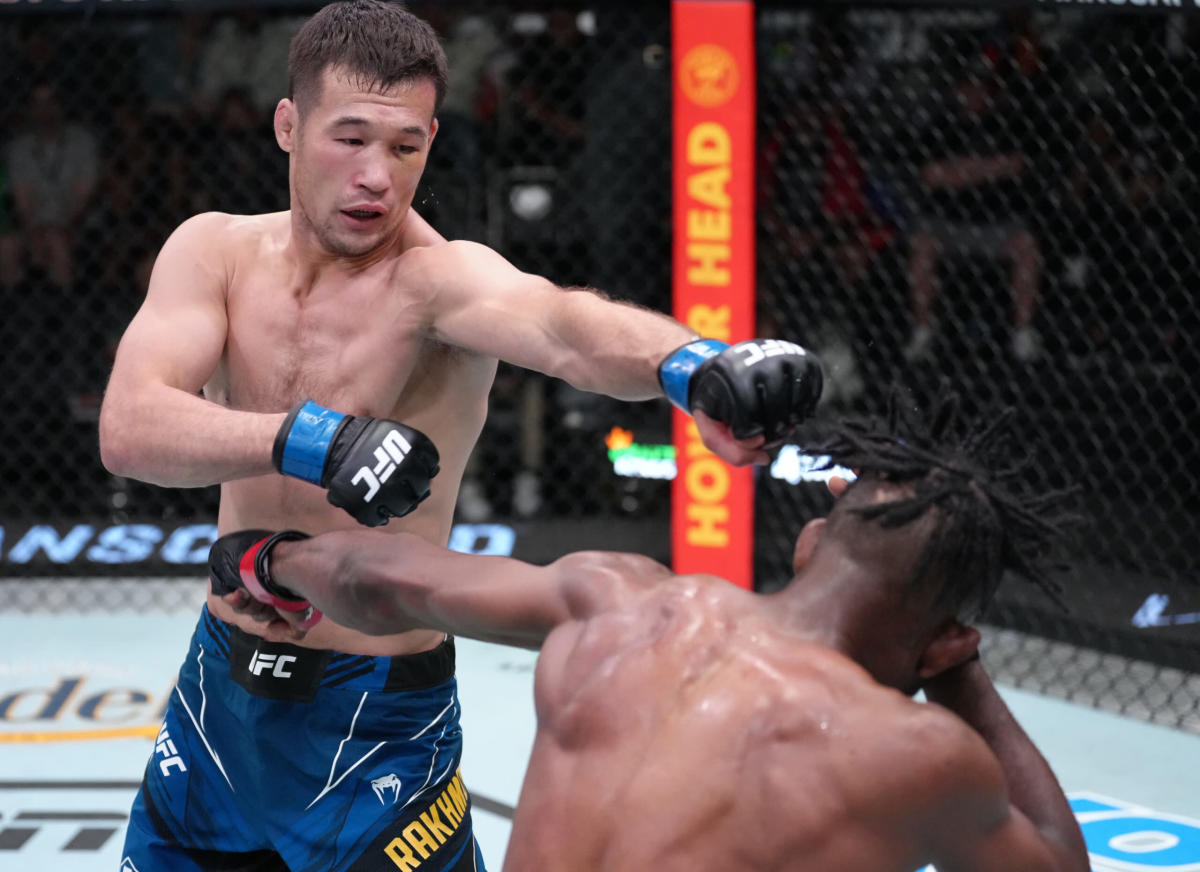 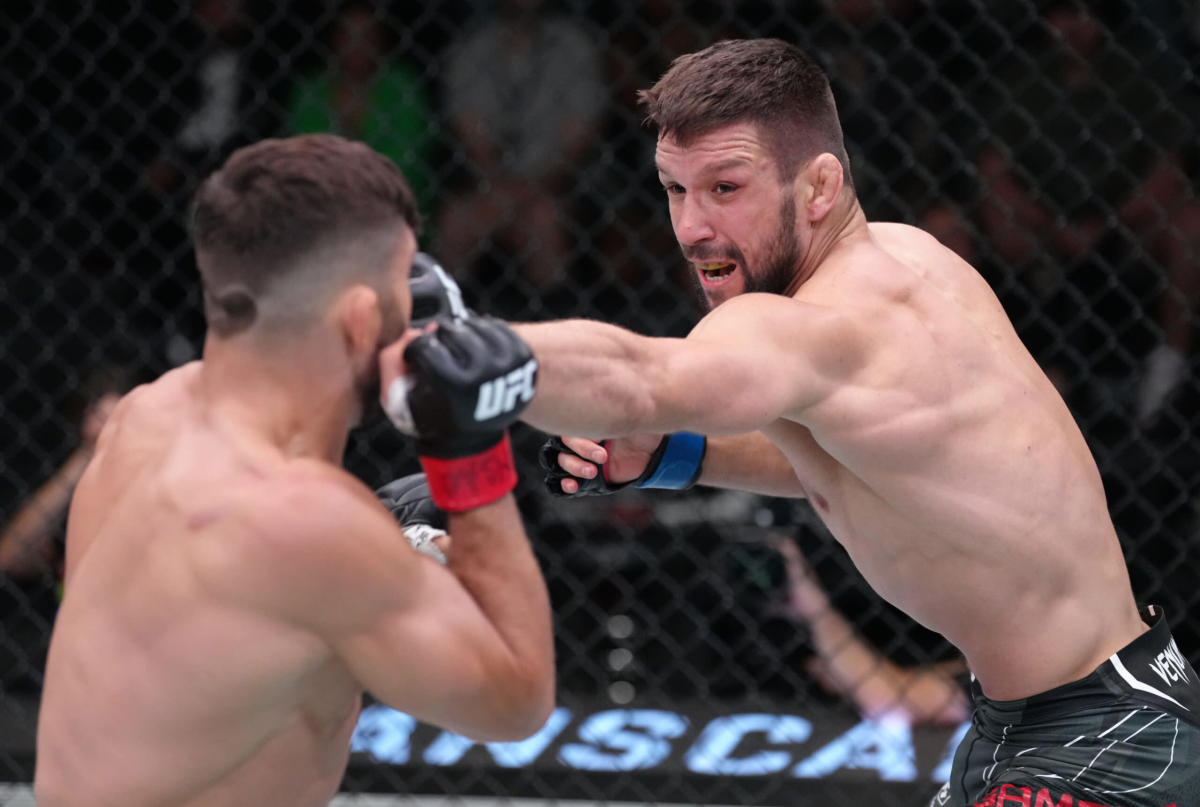