NBA draft prospects for Kings to target with No. 4 pick originally appeared on NBC Sports Bayarea:

After missing the playoffs for an NBA-record 16th-consecutive season, the Kings received a bit of luck in the lottery Tuesday night and landed the No. 4 overall pick in the 2022 NBA Draft.

General manager Monte McNair, new coach Mike Brown and the Sacramento front office can now trim down their draft boards and collectively bring in another young, exciting player to add to their core of Domantas Sabonis and De’Aaron Fox.

Who could the Kings be selecting in the June 23 draft? Here are six prospects:

Banchero has all the offensive tools to be special in the NBA. The 6-foot-10 forward has the quickness and strength to get to the basket, and he also boasts a head-turning level of playmaking ability and can thread the needle to set up teammates with highlight-reel passes.

He was the straw that stirred the drink in coach Mike Krzyzewski’s final season on the sidelines, leading Duke in points (17.2) and rebounds (7.8) while also ranking second in assists (3.2) per contest. However, Banchero has work to do on his outside shot. He cashed 3-pointers at just a 30.6 percent clip all season before getting hot in the NCAA Tournament and swishing 10 of 19 attempts (52.6 percent).

During Duke’s run to the Final Four, Banchero averaged 18.8 points over five games and posted two double-doubles. He was named the Most Outstanding Player of the West Region to go along with his ACC Freshman of the Year and All-ACC first-team accolades.

Banchero would fit perfectly with the Kings, playing alongside Sabonis in the frontcourt as an athletic power forward. But in order for this dream scenario to become a reality, he’d have to slide past the Orlando Magic, Oklahoma City Thunder and Houston Rockets currently slotted to pick ahead of the Kings.

Perhaps the most intriguing incoming rookie, Holmgren stands 7-feet tall and can do it all.

The consensus 2021 top-ranked recruit in the country out of high school did not disappoint in his lone collegiate season at Gonzaga. In 32 games, Holmgren nearly averaged a double-double with 14.1 points and 9.9 rebounds per game. He dominates in the paint, handles the ball like a guard, and drains 3-pointers with ease, logging a 39 percent clip from deep as a freshman.

Holmgren also showcased his defensive ability at Gonzaga, using his 7-6 wingspan to block 117 shots, enough to rank fourth in the nation. Weighing in at just 195 pounds, it’ll likely take Holmgren time to adjust to the physicality of the NBA, but his rare offensive skill set should translate quickly.

Holmgren is projected to go somewhere in the top three, but if he fell to No. 4 he’d be the Kings’ third first-round pick out of Gonzaga in franchise history, joining Dan Dickau (2002) and forward Zach Collins (2017). The Kings traded Collins to the Portland Trail Blazers on draft night.

The Kings already have ties to the Auburn product, having drafted his father and namesake, Jabari Smith, in the second round of the 2000 NBA Draft.

Forget about Smith’s last collegiate game when he went 3 of 16 from the floor and the Tigers were knocked out of the NCAA Tournament by No. 10 seed Miami. This kid can shoot the basketball.

Smith, who stands 6-10 and can play the three or the four, ranked fourth in the SEC with 79 3-pointers, drilling them at an impressive 42 percent clip. He drained at least one triple in all but one collegiate game, ending his amateur career on a streak of 29 straight games with a bucket from beyond the arc.

Elite outside shooting, especially at his size, would be a welcomed sight at Golden 1 Center. It’s a big reason why he’s considered a top-three choice in the 2022 draft along with Banchero and Holmgren.

Could Smith slip to Sacramento at No. 4? Crazier things have happened.

The Kings would likely be more than happy to add the 6-8 Murray to their rotation.

During his second season at Iowa, Murray led the Big Ten in scoring with an average of 23.5 points and added 8.7 rebounds per contest. He shot 55.4 percent from the field, 39.8 percent from downtown and filled up box scores with ease, going off for at least 30 points in five different games.

It’s easy to picture Murray fitting in with the Kings, sliding into the mix as a floor spacer who can hit outside shots and clean up on the glass while the offense runs through Fox and Sabonis.

If Banchero, Holmgren and Smith are selected in the first three picks as expected, Murray will be right there for the Kings’ choosing on draft night.

If the Kings are looking to bring in a player with electric offensive skills and a high ceiling for star potential, Ivey might be their guy.

Ivey, who stands 6-4 and weighs 200 pounds, brings energy on both offense and defense. As a sophomore for the Boilermakers in 2021-22, he averaged 17.3 points, 4.9 rebounds and 3.1 assists per game. He’s difficult to defend due to his explosive nature and shiftiness with the basketball, boasting a special ability to find another gear of speed while attacking the rim. That leads to easy (and often highlight-worthy) dunks and also trips to the foul line, where he knocked down 73.9 percent of his attempts over two seasons at Purdue.

One of Ivey’s weaknesses is his shooting ability. He drained just 25.8 percent of 3-pointers as a freshman but made a major leap last season by nailing 35.8 percent of treys on 5.0 attempts per game.

Ivey is oozing with potential. And he very well could be there at No. 4 for the Kings.

Say hello to the biggest mystery of the NBA draft.

Despite being healthy, Sharpe did not play a single minute for coach John Calipari at Kentucky. Originally listed as the nation’s top 2022 recruit, Sharpe opted to graduate early from high school in 2021. The 18-year-old enrolled at Kentucky for the spring semester, allowing him to practice with the team. The original plan was to have Sharpe sit out the 2021-22 season and suit up for the Wildcats next season, but the guard declared for the NBA draft once it was determined he’d meet the one-year gap requirement from high school to the pros.

Although there’s not much tape out on Sharpe, the scouting report is intriguing. The 6-6 guard logged 22.6 points, 5.8 rebounds, and 2.7 assists per game while shooting 36.1 percent from deep during the Nike Elite Youth Basketball League circuit in 2021. He sports incredible athleticism – a reported (yet unofficial) 49-inch vertical: that would break the NBA draft combine record.

The biggest issue, of course, is the unknown. Making the leap from high school to today’s NBA will likely take Sharpe a couple of years. Selecting Sharpe would come with patience, but patience often pays off in the draft. 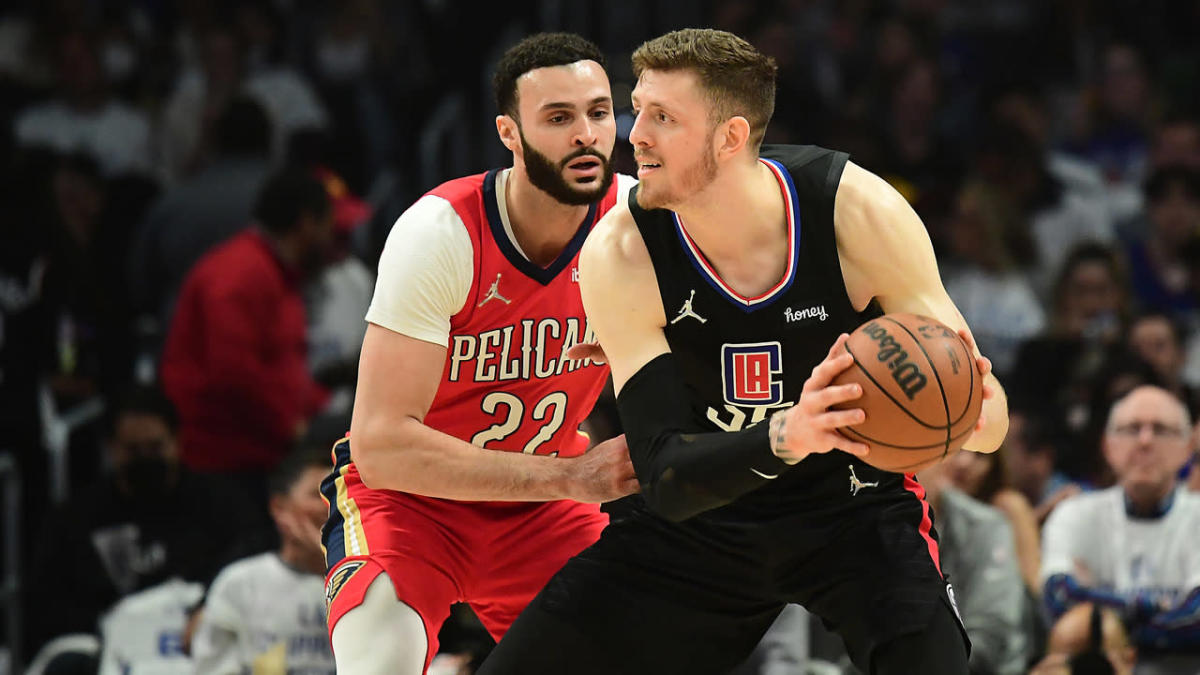