SEC schedules do not let up too often, and that intensity level is an occasional problem. Where will that letdown come among all the big-time showdowns? Each team should win these games below, but let’s just say the focus might not be there – these should be more dangerous than they need to be.

Mississippi State, Oct. 22: Call this the dog day game for the Tide. Before this is the Texas A&M game that should get a weeeeeee bit of national interest, and that’s followed up by the rivalry date with Tennessee. Finally, the Tide get a week off, but only after dealing with the Mike Leach offense.
– 2022 Alabama Schedule Analysis:

at BYU, Oct. 15: How will Arkansas rebound from a three-week onslaught before making the tough trip to Provo? It will get on the plane after taking on Texas A&M in Arlington, Alabama, and at Mississippi State. The team will need a week off – that comes after the Cougars.
– 2022 Arkansas Preview:

Missouri, Sept. 24: Missouri is one of those MUST MUST MUST win games for Auburn considering what’s coming in SEC play. However, after playing Penn State and going into a run of games against LSU, Georgia, and Ole Miss, there can be no misfire.
– 2022 Auburn Preview:

South Carolina, Nov. 12: Florida will be battered after going through Georgia and Texas A&M away from Gainesville before this. Of course everyone will say the right thing after getting walloped last year by the Gamecocks 40-17, but… good luck getting up for this after dealing with the Bulldogs and Aggies.
– 2022 Florida Preview:

Northern Illinois, Sept. 24: This should be a layup win if the Wildcats are 100% fully focused. However, Northern Illinois should be just as strong as the MAC Championship version of last year, and UK will likely be looking well ahead of the trip to Ole Miss, especially after starting the SEC season with a trip to Florida.
– 2022 Kentucky Preview:

UAB, Nov. 19: Be very careful here. This isn’t just some cupcake game in the middle of a vicious November schedule. LSU will take on Alabama and Arkansas prior to UAB, and then Texas A&M on the road right after. UAB has the talent to make this more than just a fight.
– 2022 LSU Preview:

at Arizona, Sept. 10: It’s a fish-out-of-water moment for Mississippi State. It’ll start the season with a revenge game against Memphis, and then comes the SEC opener at LSU right after going to Tucson in early September to deal with an improved Wildcat team.
– 2022 Mississippi State Preview:

Vanderbilt, Oct. 22: Just how up for this game will the Tigers be after dealing with Georgia and at Florida before getting two weeks off, and then with a trip to South Carolina after facing the Commodores? This CAN’T be a loss.
– 2022 Missouri Preview:

at Arkansas, November 19: Lane Kiffin’s club has a rough late run. Arkansas is hardly a “letdown” game – especially after the wild shootout last year – but it’s on the road after going at LSU, at Texas A&M, Alabama, and with the Egg Bowl against Mississippi State coming five days after the trip to deal with the Hogs.
– 2022 Ole Miss Preview:

at Vanderbilt, Nov. 5: Factoring in that this matchup is on the road as well as after games against Texas A&M and Mizzou, the Gamecocks had better take this seriously with a trip to Florida right after.
– 2022 South Carolina Preview:

Missouri, Nov. 12: The Vols might be running on fumes after an early bye date leaves it with eight straight games to close the season. It will take Mizzou deep into this slogan, and after facing Kentucky and Georgia and with a date at South Carolina to follow.
– 2022 Tennessee Schedule Analysis:

Appalachian State, Sept. 10: It’s hard to have a letdown moment so early in the season, however, with Miami, Arkansas (in Arlington), at Mississippi State, and at Alabama to follow, there’s no room for a lack of focus against a team that might be the best in the Sun Belt.
– 2022 Texas A&M Schedule Analysis:

at Northern Illinois, Sept. 17: The problem here isn’t just dealing with the defending MAC champion, it’s having to go on the road to do it… and with a trip to Alabama a week later… and after facing the Wake Forest offense… and a few weeks after making the LONG trip to Hawaii.
– 2022 Vanderbilt Schedule Analysis: 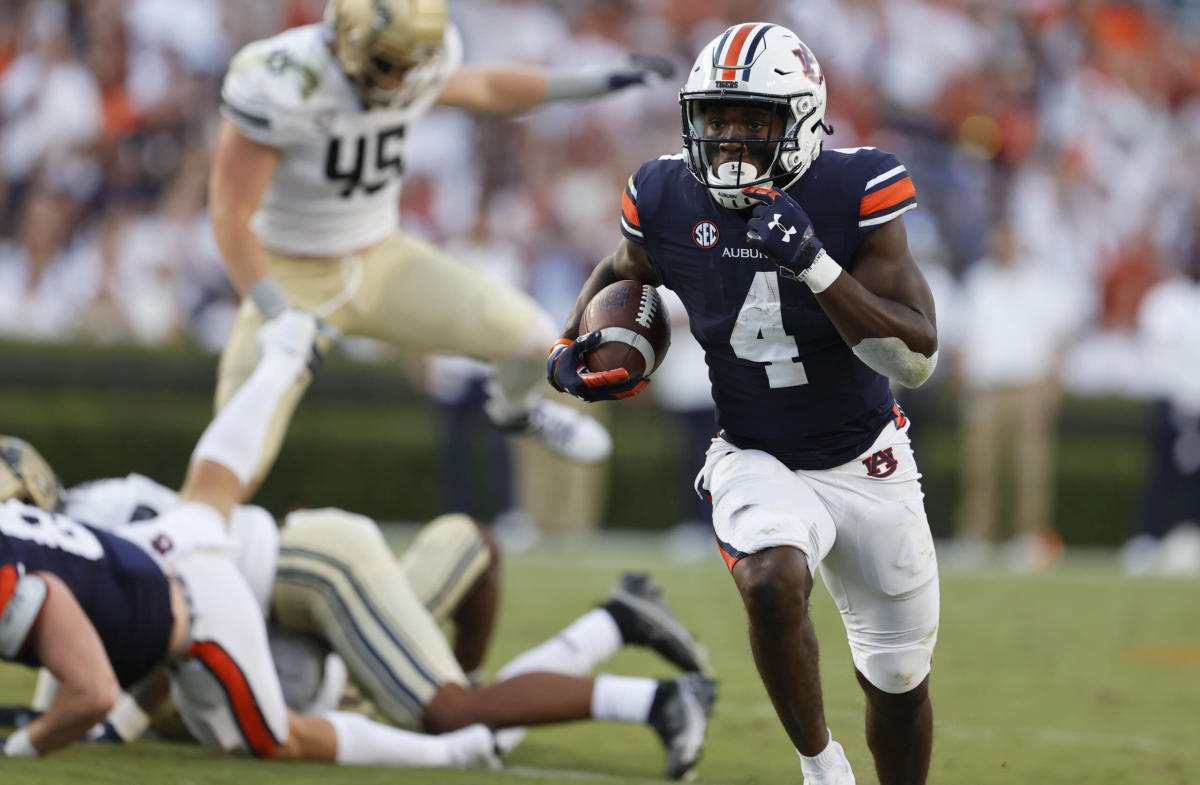 How a leap of faith led Tyrone Taleni from Samoa to USC for a sport he never played: