Months after leading Utah to its first Pac-12 Conference football championship, coach Kyle Whittingham and university officials negotiated a new contract that not only is the most lucrative for a public-school coach in the conference, but also includes specific commitments to football facility improvements that would require the school to pay Whittingham additional money if various deadlines are not met.

The new agreement, which USA TODAY Sports recently obtained through an open-records request, calls for Whittingham to receive $ 41 million in basic annual compensation over a six-year period that began Jan. 1. His pay for the 2022 season is set at $ 6 million, which is $ 400,000 more than he had been scheduled to receive under his previous agreement, which was an eight-year deal when it began on Jan. 1, 2020.

Whittingham is set for further increases that would take him to $ 8 million in 2027, although if the school fires him without cause prior to the contract’s final year, it would owe him $ 3 million for each year remaining.

“Kyle has elevated our football program to the highest levels of success within our conference and climbing nationally and at the same time establishing a culture of excellence that has more than just winning. It is also incredible academic achievement and just the development of our student-athletes , “Utah athletics director Mark Harlan said.” So it made a lot of sense to compensate him at that elite level in our conference because he’s proven that that’s where our program resides. “

The Utah football lot most recently published NCAA Academic Progress Rate was 991 out of 1,000 and its most recent NCAA Graduation Success Rate was 90 out of 100. Both figures resulted in maximum-level bonuses under Whittingham’s contract.

UCLA’s Chip Kelly is scheduled to make $ 6.6 million for his 2022 contract year. However, that’s because the due dates for a series of $ 1 million retention payments under his previous contract and under a new, four-year agreement that began in January now set him up to receive two such payments this contract year. As a result, his total pay is set to decrease in 2023. And it would decrease again in 2025 – the final year of the agreement, when no retention payment is scheduled.

Southern California’s Lincoln Riley, who was making more than $ 7 million at Oklahoma before heading to USC after last season, is likely the Pac-12’s highest-paid coach. As a private school. USC does not make its employment contracts public.

Sign up for our sports newsletter: All the sports news you need to know delivered right to you!

Stanford’s David Shaw, who has won three Pac-12 titles, was credited with more than $ 8.9 million in total compensation for the 2019 calendar year, according to the school’s most recently available federal tax records. But a little more than $ 400,000 of that had been reported on prior years’ returns, and the school said the total also included more than $ 2 million in “retroactive salary and signing bonus” that were unique to Shaw’s pay for 2019.

Whittingham’s new agreement maintains an array of provisions that existed in previous versions: More than $ 1 million in possible incentive bonuses, perks that include the possibility of free tuition to Utah for his grandchildren, and the prospect of a high-paying, post-coaching retirement plan. That plan now would include a lump-sum payment of at least $ 1 million and a five-year contract to work as a special assistant to the athletics director at $ 995,000 annually.

But the introduction of the contractual facilities commitments, backed by what amount to $ 400,000 in financial penalties for the school, are even more unusual. Two of the fix-ups are relatively cosmetic: New graphics and carpeting for the football building. The other involves a nearly $ 62 million indoor practice facility for the team, which currently shares an indoor facility with other Utah teams and local recreation programs.

According to the contract, the new graphics must be added by Sept. 1, the new carpet by Dec. 31. Construction on the new facility must begin by July 1, 2023 and the university must assume occupancy by Dec. 31, 2024.

The inclusion of that provision, Harlan said, is “something that… I felt helps the organization to keep focused on certain aspects, particularly as you go through your approval processes that are needed with your overall leadership.”

While having language like this in a coaching contract is rare, Harlan does have experience with such a circumstance. In December 2013, when he was an associate AD at UCLA, the university and then-football coach Jim Mora agreed that if the school did not start building a new football facility by Oct. 1, 2015, and Mora was fired without cause, Mora would have been freed from his normal obligation to offset the buyout he would have been owed. UCLA with the deadline.

Harlan said Utah’s graphics and the carpeting “are scheduled to be completed” on time. Athletics spokesman Paul Kirk said the cost of that work has not been finalized because some of it is still out for bid.

As for the indoor facility, Harlan said: “We still need to get approvals from our trustees down the line when we get to certain fundraised benchmarks that we need to move forward. So, it’s an ongoing process. It would be unfair to comment on whether we’re ahead or behind schedule. ”

DATABASE: See how much college football coaches earn in our sortable database:

This project comes just after Utah’s $ 80 million renovation and expansion of its football stadium, which was completed last summer and increased capacity to 51,444, including new premium seating.

While Utah has sold out 70 consecutive home games, it still has one of the smallest stadiums for a public school whose coach is making the kind of money Whittingham is now making. Most schools in this pay range have stadiums with at least 60,000 seats. An exception is Oklahoma State, which has a 55,509-seat stadium and will be paying Mike Gundy $ 7.5 million this season.

In April, Utah announced that football season-ticket prices would be increasing by an average of $ 10 to $ 12 per game, although it also said that an outside consultant had found that its prices in 2021 were 24% below the average season-ticket prices of other Pac-12 schools.

“We do not have any particular one (revenue) source that goes to one particular initiative,” Harlan said regarding a connection between Whittingham’s pay increase and the ticket price increase.

“We’ll make it work,” Harlan added. “We’re blessed to have a sold-out Rice-Eccles Stadium. And with the new premium seating and all of the different things that we have built, that allows us to be an athletic department that’s able to do the things we need to do to push the organization forward. ” 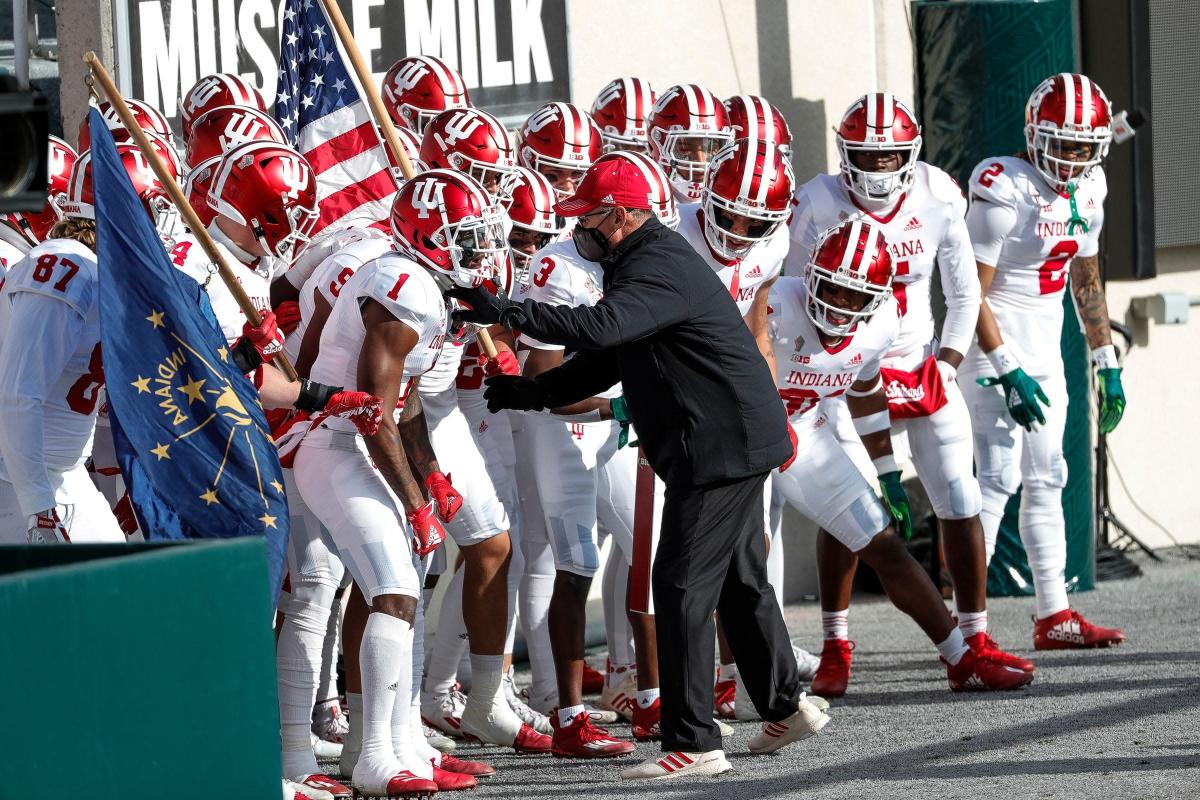 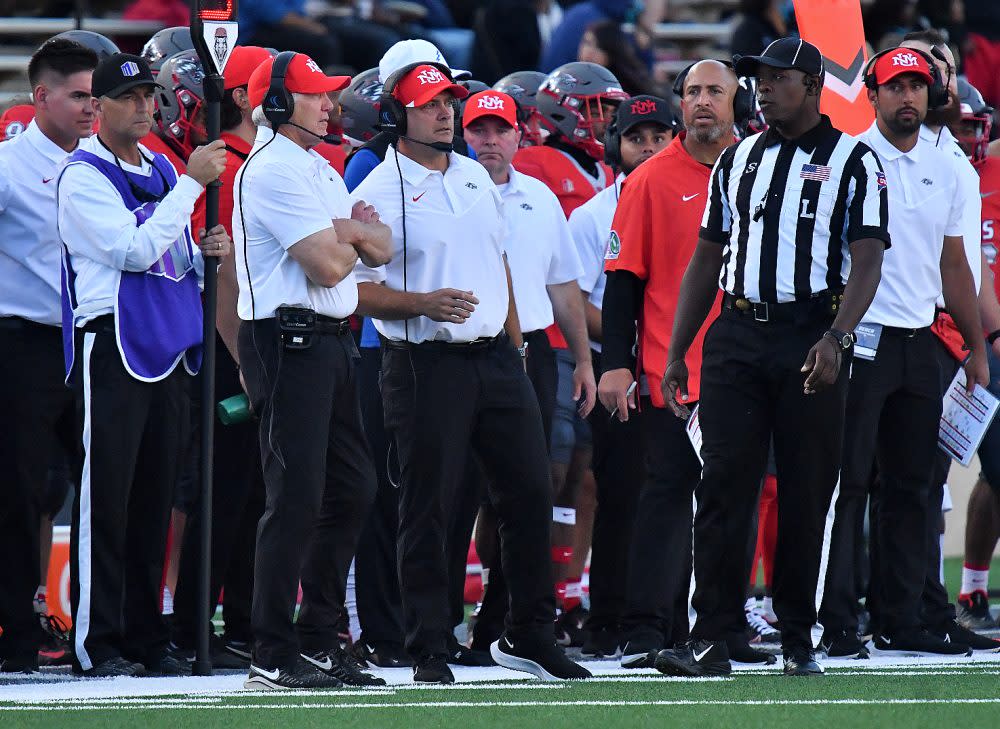 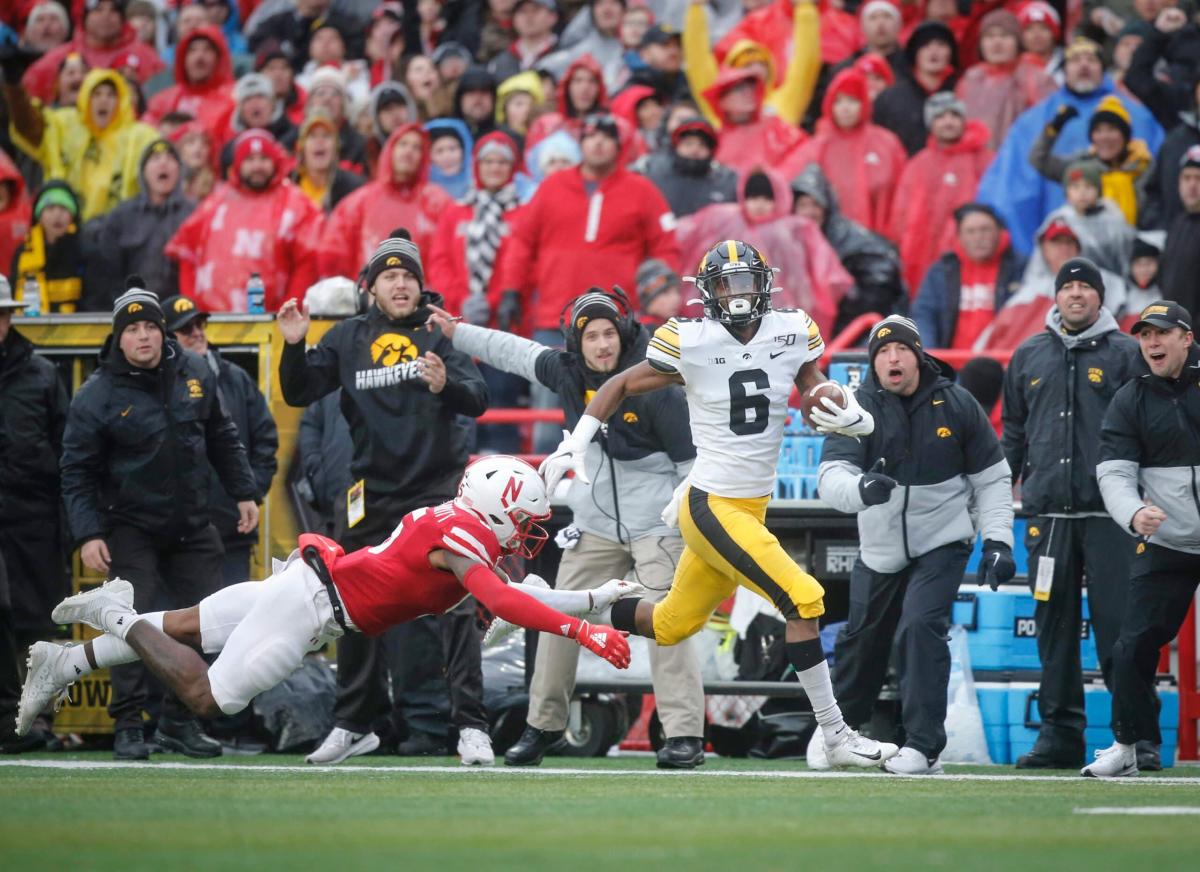 Top 5 Iowa Hawkeyes to use in EA Sports NCAA Football who never got a game: