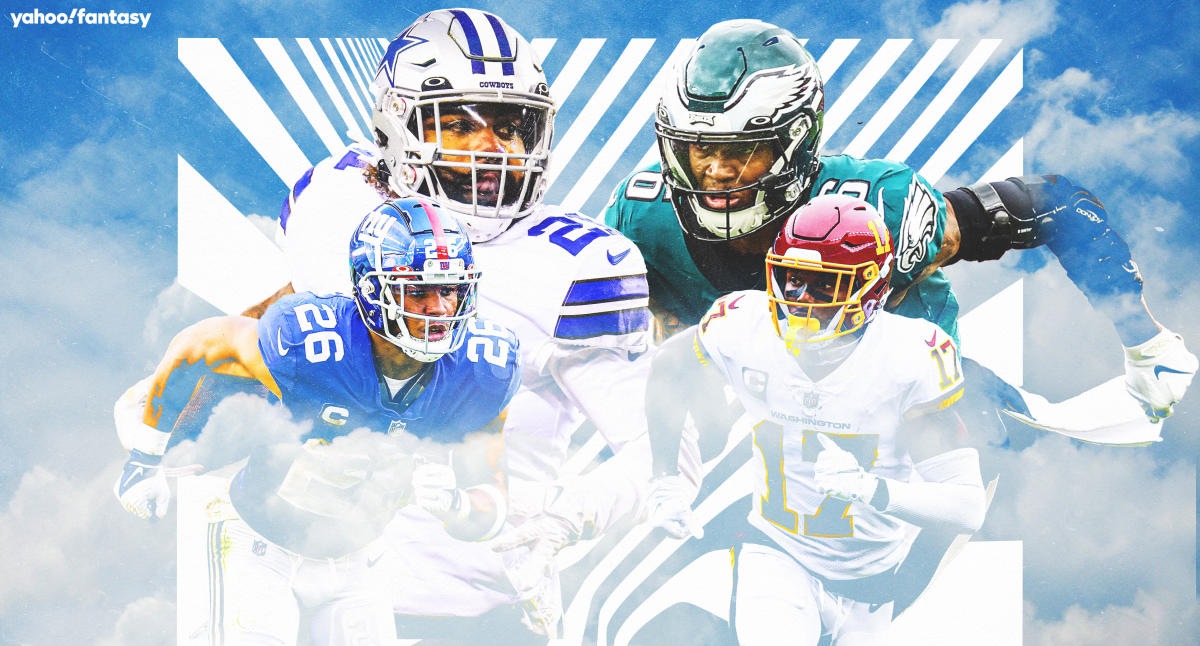 One of the most common ways to get started on your fantasy football preparation for the season ahead is to not only: look at positional rankings: but also at the state of each NFL offense offense.

Over the coming weeks, fantasy football analyst Liz Loza will sift through every division and highlight the biggest fantasy issues facing each team within. Next up, the NFC East!

Is Saquon Barkley worth a look in the third round of 2022 drafts?

I did a deep dive on: Saquon Barkley: as part of my Rest vs. Rust series last summer. In that piece – despite medical optimism from Dr. Alex Weber – I advised against using a first-round pick on the former fantasy standout, citing a brutal strength of schedule and a diminished workload.

The analysis was sound as Barkley finished outside of the top 30 players at his position in 2021.

This go-around, however, things are different. The fantasy investment cost has dropped and the complexion of the team has shifted. From the front office to the head coach to the offensive line, the ecosystem in New York appears better suited to support fantasy production.

That’s largely why: Yahoo Fantasy: followers are bullish on Barkley’s ability to ROI at his current third-round ADP:

The Giants are in the beginning stages of an unabashed rebuild. And Saquon is not a lock for Phase II. He’s currently in the last year of his deal and set to become a UDFA in 2023. The previous regime’s need to “protect their investment” does not exist for Joe Schoen: or: Brian Daboll:. They can brazenly feed Barkley the rock 16-18 times per game. And that appears to be the plan, given the talent behind him (keep an eye on rookie: Jashaun Corbin:however, who has excellent power: and could carve out a role on passing downs).

For his part, Barkley needs to seize the workhorse opportunity in order to secure his next deal. A bottom-12 strength of schedule presents a challenge, but given that he’ll be nearly two years removed from the ACL / MCL tear that derailed his 2020 season, there’s a 60-80 percent chance he returns to his prior level of performance. He’s never excelled as a hyper-efficient grinder, but rather as an elusive playmaker who shines in space and as a receiver. Daboll can and will create those opportunities for Barkley. After all, he did it for: Devin Singletary: – who managed 14 breakaway runs (RB5) with 4.6 speed – last year.

Ezekiel Elliott has managed at least top-11 fantasy numbers over the length of his six-year career. He only fell outside of the top-six fantasy players at the position in 2017 (RB10), limited to 10 games due to suspension) and 2020 (RB11). Zeke closed out 2021 as FF’s RB6 overall, despite averaging a career-low 58.9 rushing yards per game.

It was the TDs (12) that saved him. And just like waterfalls, you do not want to go chasing touchdowns.

Instead, you chase volume. Unfortunately, Zeke’s has dwindled since: Tony Pollard: arrived in Dallas.

Dallas is financially bound to Zeke through 2026. The team does have a potential out at the end of this season, but – conversely to Barkleys’ situation – must be cognizant about monitoring the (almost) 27-year-old’s odometer rating and preserving his health. Increasing Pollard’s workload allows the Cowboys to extend Elliott’s window while also taking advantage of a fourth-round talent, who earned a top-four rushing grade from PFF (91.0:) last season.

Even if Zeke returns to full health and avoids any physical limitations throughout the season (which would be a miracle in itself given his age and the volatility of the position) he’s unlikely to touch the ball more than 16.5 times per game. That’s not enough volume to vault a player with Elliott’s skill set inside the top 10. He’s the Yahoo Consensus RB16.

Will the addition of AJ Brown help unleash DeVonta Smith?

Philly morphed from being a pass-friendly offense at the top of 2021 to a run-focused operation over the back half of the season. Shane Steichen: leaned hard into the ground game when he took over the play-calling duties midway through last year, resulting in 550 rushing attempts (second only to TEN) on the season.

While the move improved the record record, it cost: DeVonta Smith: nearly 2.5 targets per game. Despite leading the Eagles in looks (103), receptions (64) and yards (916), Smith averaged just 8.9 fantasy points per game (WR45). Those numbers additionally reveal a woefully inefficient catch rate (62.1%, WR58), implying that volume was not the only issue negatively affecting Smith’s fantasy output.

The addition of: AJ Brown: will cap Smith’s volume, but it should also make him more efficient by providing the former Heisman Trophy winner an uptick of smashable opportunities.

Smith worked as Philadelphia’s X receiver, recording only 87 slot snaps (WR106) over his rookie campaign. But Smith is better suited for a “Z” role. He’s a smooth and polished route-runner with dazzling ball skills and exciting agility. Having Brown work as the fate No. 1 will take defensive pressure off of Smith and allow him to win on finesse and savvy.

It also realigns the depth chart. Quez Watkins: and: Jalen Reagor: won’t see a combined 119 looks in 2022. Those are going to Brown, which leaves close to 100 targets left for Smith. His quantity figures to stay static while the: quality: of those opportunities should only improve. FF: 73-992-5:

Can Terry McLaurin finish inside the top-15 fantasy WRs with Carson Wentz at QB?

Carson Wentz: has drawn well-earned heat from fantasy diehards. And we’re all within our rights to be bummed for / about: Terry McLaurin:.

But has the community overcorrected?

Wentz’s accuracy stats are staggeringly similar to those posted by: Taylor Heinicke: last season. Both QBs averaged 6.9 YPA and earned accuracy ratings below 7.5 (outside of the top 25). However, when factoring out unpressured throwaways and dropped passes, Wentz performed significantly better, earning a True Passer Rating of 83.7 (to Heinicke’s 65.2). He also supported: Michael Pittman: to the tune of 88-1,082-6 and helped the second-year wideout achieve a top-18 (11.3 fantasy points per game) fantasy finish.

Wentz may not be the QB we wanted for F1… but he’s still an upgrade.

McLaurin’s talent is as endless as it is obvious. We’ve watched him drag dusty QB after dustier QB into production for three straight seasons. The Ohio State product is a true deep threat who can fluster and manipulate DBs to his advantage. He’s cleared 1,000 yards in back-to-back efforts despite the aforementioned subpar talent under center. With the sure-handed: Jahan Dotson: expected to work outside and a healthy: Curtis Samuel: deployed via the slot, McLaurin won’t have the weight of the entire offense on his back. He can focus on doing what he does best: Serving up highlight-worthy plays.

The frequency of those big plays, however, will not be regular enough to push the 26-year-old into the top-15 territory. In order to clear 95 catches, McLaurin will have to improve his 2021 conversion rate by 15 percent while drawing the same number of looks. (Wentz may be better than Heinicke… but I’m not sure he’s 15 percent better.)

Engage with Liz on social: @LizLoza_FF: 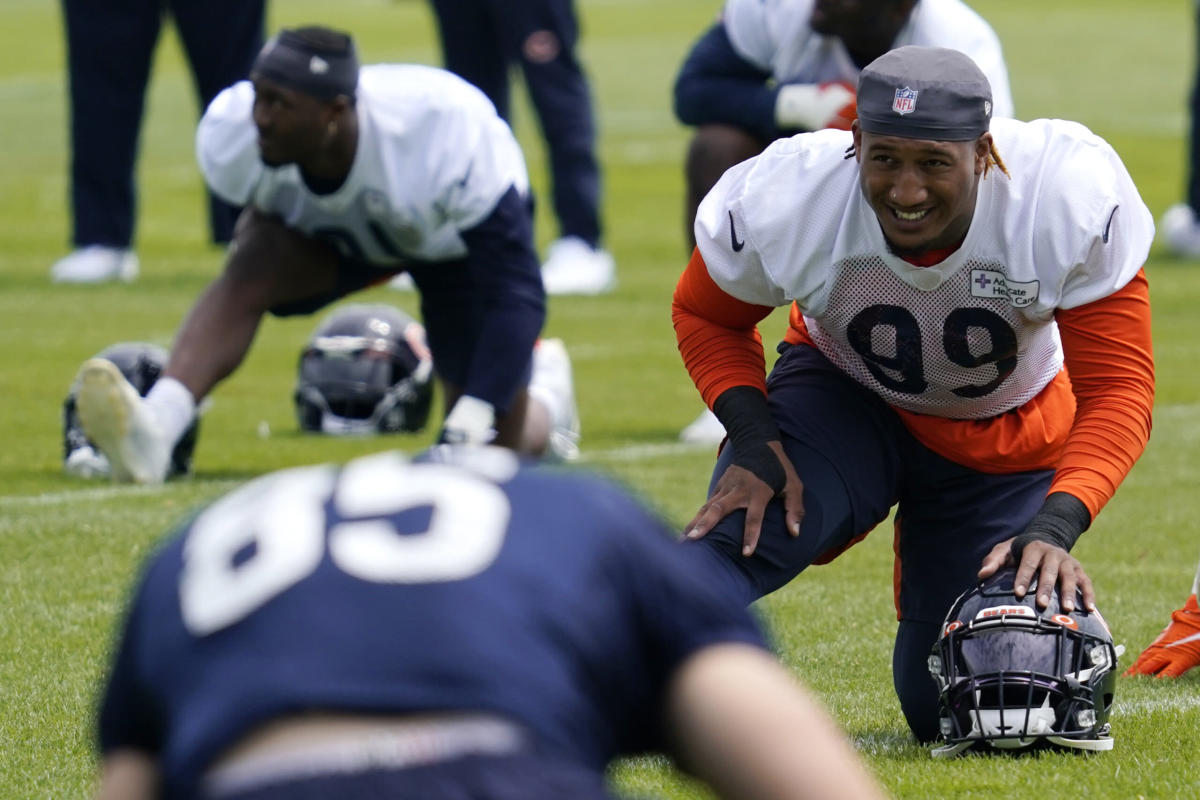 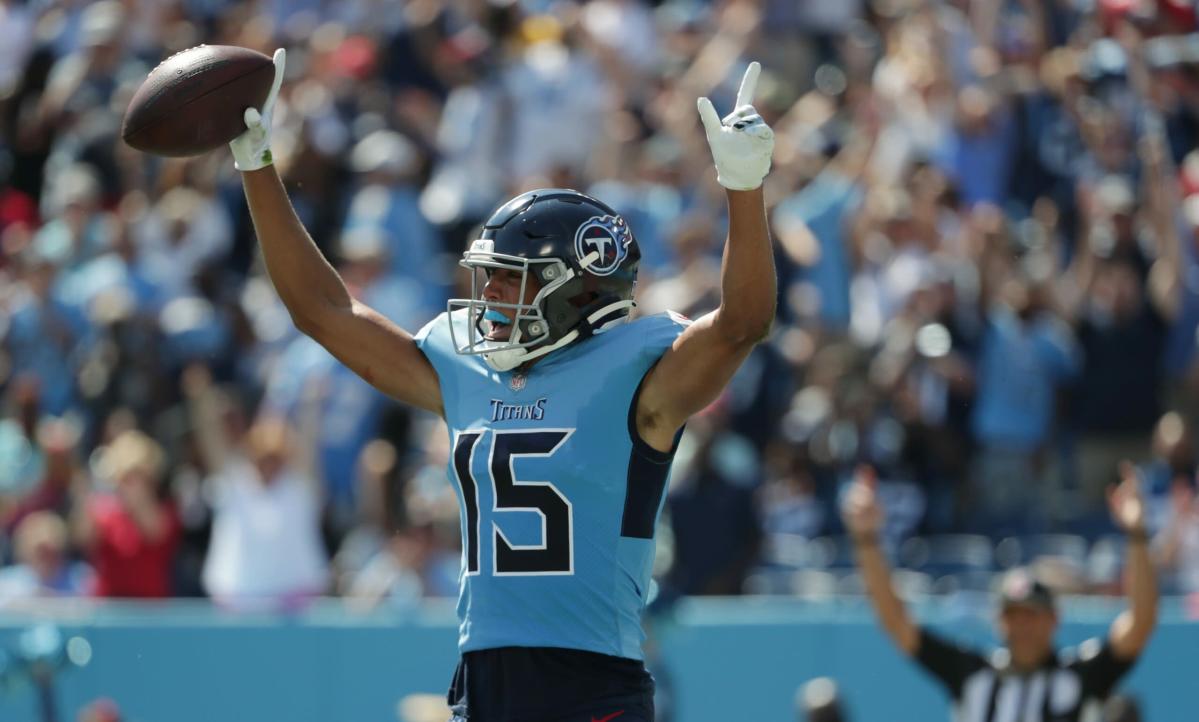 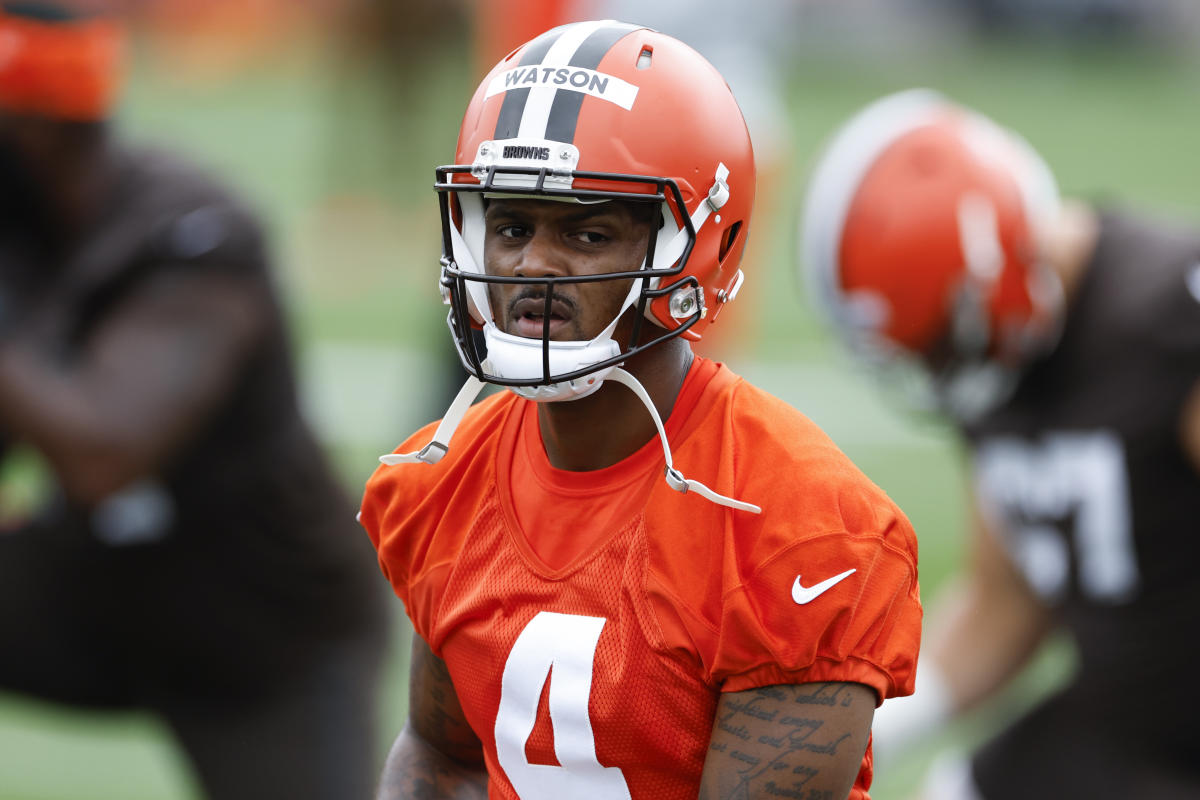