As the: Detroit: Lions make their way through training camp, they could be looking for help for their defensive line. Specifically, a bigger body to help stop the run.

Lions coach Dan Campbell acknowledged Thursday that a lack of size in the front seven is one of his team’s shortcomings as they transition to a new even-man front.

“Look, it goes without saying, you better be disruptive then,” Campbell said on Day 2 of training camp. “We’ve got to hit these gaps. We’ve got to hit the blocks. We can’t allow ourselves to get road graded. Now, I would tell you this. I do think that we may need a little bit more girth up front. I wouldn’t say that we’re not looking for that, or won’t be.”

MORE FROM BIRKETT: ‘Nobody wants it more than’ Jeff Okudah in recovery from torn Achilles

The Lions targeted edge rush help for their defense this offseason after finishing 27th in the NFL in sack rate in 2021. They re-signed Charles Harris (6 feet 3, 250 pounds) and used the No. 2 overall pick on Aidan Hutchinson (6-7, 264).

Campbell said the Lions will lean heavily on McNeill at nose tackle for now, and that second-year defensive tackle Levi Onwuzurike will see time at the position, too.

The Lions signed free agent Isaiah Buggs (6-3, 295) to add more girth to their defensive line this week, but still need another capable big body to bolster a run defense that ranked 28th in the NFL last season.

“(Penisini) could anchor in there now, and he could swallow up the blocks and he could run the line of scrimmage a little bit,” Campbell said. “Between him and Alim it was hard to run in the middle. So yeah, that’ll always be in the back of our mind. It’s something that we’ve got to be aware of. And I think, look, Alim continues to grow. There’s things he does in there. Look, Levi’s got to be able to hold up in there, too, now, and there’ll be some stuff he’s going to have to play in there. He may have to play the nose or the shade as well, if need be.

“But I guess … it’s really what I said the first time, man, we’ve got to hit the blocks. You have to. If we’re late off the ball or we’re not explosive, we’re not taking it to the double teams we’re going to be in trouble. And that’s a point of emphasis. (Defensive line coach Todd) Wash does a great job with those guys. It’s kind of the essence to the defense.”

[ Campbell: If second-year players don’t improve, Lions are ‘in trouble’ ]

“Every day I come in, I work a little harder,” Chark said Thursday. “Today, spending more time before coming out, but I’m the type of guy, I don’t want to let any of these things hinder me. We have a good training staff that put a plan together for me. But yeah, like any other injury it takes time but I like where I’m at, at this point in my recovery.”

Chark has worked primarily with the first-team offense through the first two practices of training camp after the Lions managed his workload in the spring.

CARLOS MONARREZ. Lions got plenty of hype this offseason. But here’s why I’m not buying it yet

Limited to just four games last season because of the injury, Chark said he and first-year Lions offensive coordinator Ben Johnson envision him playing a similar role on offense as a multi-dimensional field-stretching threat who lines up at a variety of positions.

“Just being able to stretch the field horizontally as well as vertically,” Chark said. “Vertically is cool, but there’s so much field to run across horizontally that he allows in this offense, which helps out a lot.” 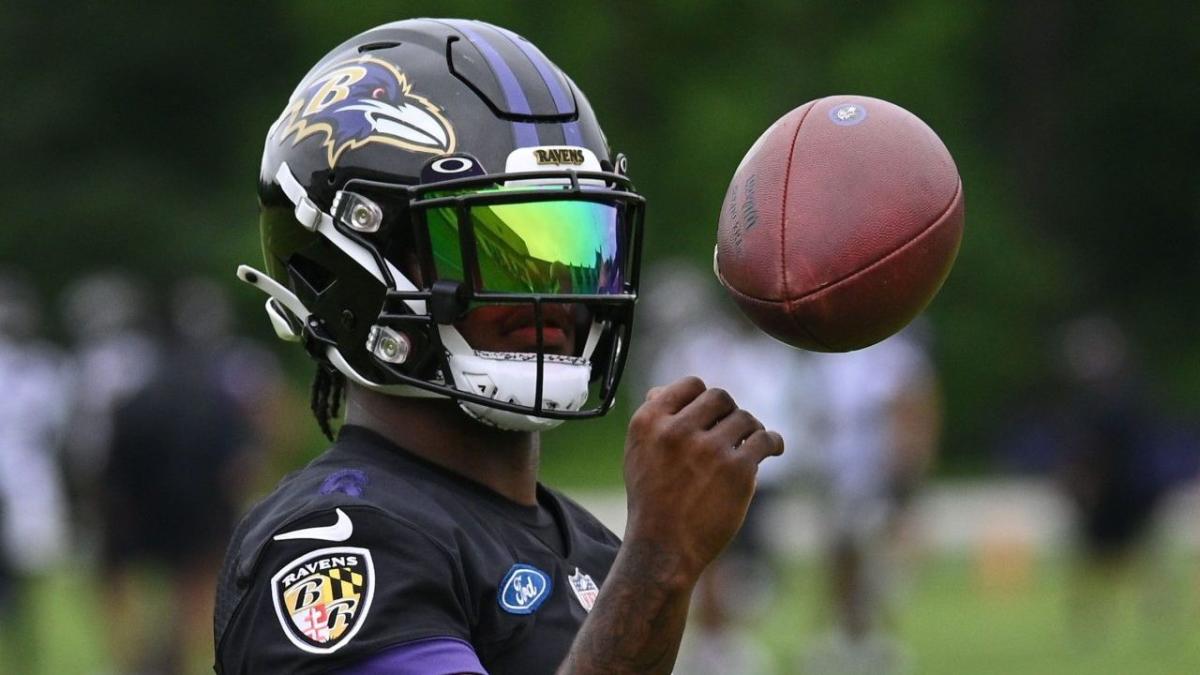