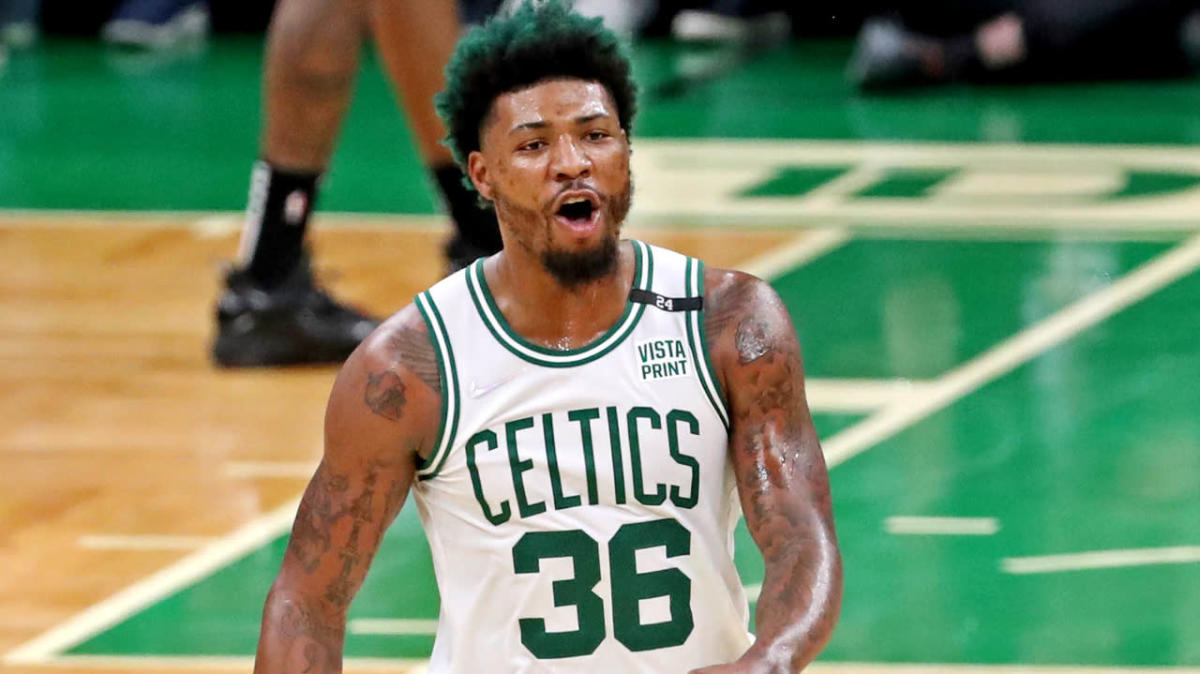 The Boston Celtics struggled to generate consistent offense in the NBA Finals, hindered most notably by ball security. And it has been decided by some that this means it is time, again, to ponder trading Marcus Smart.

Smart is inarguably the most polarizing player in Boston sports. But the “Trade Marcus Smart!” takes that pop up any time the Celtics hit a speed bump are tired and often gloss over the fact that Smart is far from the most biggest issue.

Alas, it’s the easy take. You’re not trading superstars Jayson Tatum and Jaylen Brown. You’re not moving Robert Williams III based on his development and sweetheart of a contract extension. No one is taking 36-year-old Al Horford for a return that makes you any better without attaching a prohibitive amount of assets to him. Trading Grant Williams or Payton Pritchard is not particularly sexy.

So it’s “Trade Smart!” because it’s splashier than “Use your trade exceptions to fix the inconsistent bench that truly sunk your Finals chances.”

Smart was far from perfect in the Finals. His defense on Stephen Curry was not as crisp as it needed to be. He could not make shots in critical junctures. He turned the ball over. And he could not steady an offense that too often went off the rails for long stretches. But the totality of the 2021-22 season suggests that Smart at point guard was the least of Boston’s troubles.

A few numbers to keep in mind as you slam your keyboard navigating the Trade Machine:

The Celtics owned a plus-13.7 net rating in the 1,170 minutes that Smart was the clear-cut point guard this season, per position tracking by Cleaning the Glass. That ranked in the 99th percentile among all point guards.

The Celtics’ offensive rating with Smart as the lone point guard was a robust 119.0, a mark that would have led the NBA by nearly three full points if maintained. Boston’s expected win total with Smart’s point guard production was 70.

This continued a career-long pattern of Smart playing his best basketball when he was the primary point guard. For most of his career, Smart had been shifted off the ball while playing alongside Isaiah Thomas, Kyrie Irving, and Kemba Walker.

Even during the 2020-21 season, Smart spent only 27 percent of its total floor time at the point guard spot. That percentage spiked to 51 percent this past season. And the Celtics were dominant in that span. Imagine if you cut out all those instances he logged sharing the court with Dennis Schroder, who is a nice reminder of what happens when you prioritize offense at that spot.

The point guard for a dominant starting five:

Boston’s starting five of Smart, Tatum, Brown, Horford, and Williams III owned a net rating of plus-24.6 in 443 regular-season minutes. That was 4.4 points better than the next closest five-man unit (Philadelphia) with at least 250 minutes together. In fact, of the nine five-man units with at least 400-plus minutes last season, the next closest group was at plus-12.8 (Minnesota).

The Celtics’ starters were bullies for most of the second half of the year. There’s a case to be made that they certainly inflated numbers by dominating inferior competition, but that’s just what the best teams typically do.

Boston’s starting group played only 138 postseason minutes together over 12 games due to injuries. Their net rating was a far less glossy plus-3.6, which is also an indication of the uptick in competition.

It’s undeniably concerning that Boston’s offensive rating with that five dipped to a mediocre 107.3 in that span. The defense was still elite but it’s fair to demand more from that group as a whole against the best teams.

After returning from a six-game absence on January 23, Smart quarterbacked the NBA’s top offense over the final 35 games of the season. The Celtics posted an offensive rating of 120.2 in that span, which included a top-10 assist percentage (64.1, tied 6th).

Smart seemed to find a better balance between seeking his own offense and creating for his teammates, and all the questions about his point-guard potential faded away during that stretch.

While much of the responsibility of getting a team to be more careful with the basketball undoubtedly falls on a point guard, it is important to remember that Smart was far from the most egregious in terms of diminished ball security in the postseason.

Marcus Smart was one of four Celtics who lowered their turnover percentage during the postseason.

Are there pass-first point guards out there who might be able to better accentuate the talent of the Jays? Probably, though even those at the top of a dream wish list would struggle to help the Celtics generate the sort of offense they did over the final 35 games of the regular season.

The more troublesome part is the drop off that Boston would experience defensively in going from Smart to any league-average perimeter defender.

We can quibble with just how impactful Smart’s defense is and whether he was truly the Defensive Player of the Year. What’s inarguable is that the difference between Smart and a replacement-level defender at his position is profound. There are certainly instances where Smart struggles – particularly against bigger guards – but his overall versatility, along with an ability to really pester opposing ball-handlers at the first line of defense, was invaluable in helping the Celtics post the best defensive rating in the NBA (106.2) this season.

Remember, too, what you’re losing if you move Smart. Good luck finding a point guard who has the versatility to defend Giannis Antetokounmpo for long stretches of playoff games.

We understand there is little middle ground with Smart. Either you unequivocally “love and trust” him (as Brad Stevens once suggested) or you’re unwaveringly convinced that he’s the root of all that ails a team, even if it’s one that was four and a half minutes away from a 3-1 Finals lead. Few reside anywhere in between.

This is not to suggest that you should not entertain any thoughts about potential deals for Smart. There is some redundancy now with the addition of Derrick White and the Celtics are thin on tradable assets.

There is also a case to be made that he’s near the height of his value given the fact that: 1) He’s the reigning DPOY, 2) He’s playing on a reasonable extension, and 3) He’s coming off a season in which the Celtics thrived with him quarterbacking the offense. But Smart is also the sort of player who thrives as the third or fourth best piece on a championship-caliber team and finding a trade partner that would want him as, say, the centerpiece of a swap for a younger player with more upside is hard to find.

The Celtics should absolutely be interested in adding a steady ball-handler off the bench who can take some of the stress off Smart and the Jays to run the offense. After years of hearing people lament his 3-point shooting, spare me the suggestion that the Celtics should move Smart off the ball more. Pick a lane here, people.

Remember, too, what you’re losing if you move Smart. Good luck finding a point guard who has the versatility to defend Giannis Antetokounmpo for long stretches of playoff games when you’re desperate to throw another look at him. Good luck finding someone who can have the ear of the locker room, at least while Tatum’s voice continues to get louder.

The Celtics have more pressing needs at the moment. They must find a succession plan for Horford. They need more wing depth to alleviate the wear and tear on the Jays. They have road maps to adding impact bench talent without having to send out a core piece and risk rocking the boat on a team that finally has an identity.

The only thing that needs to be traded are the “Trade Smart” takes. 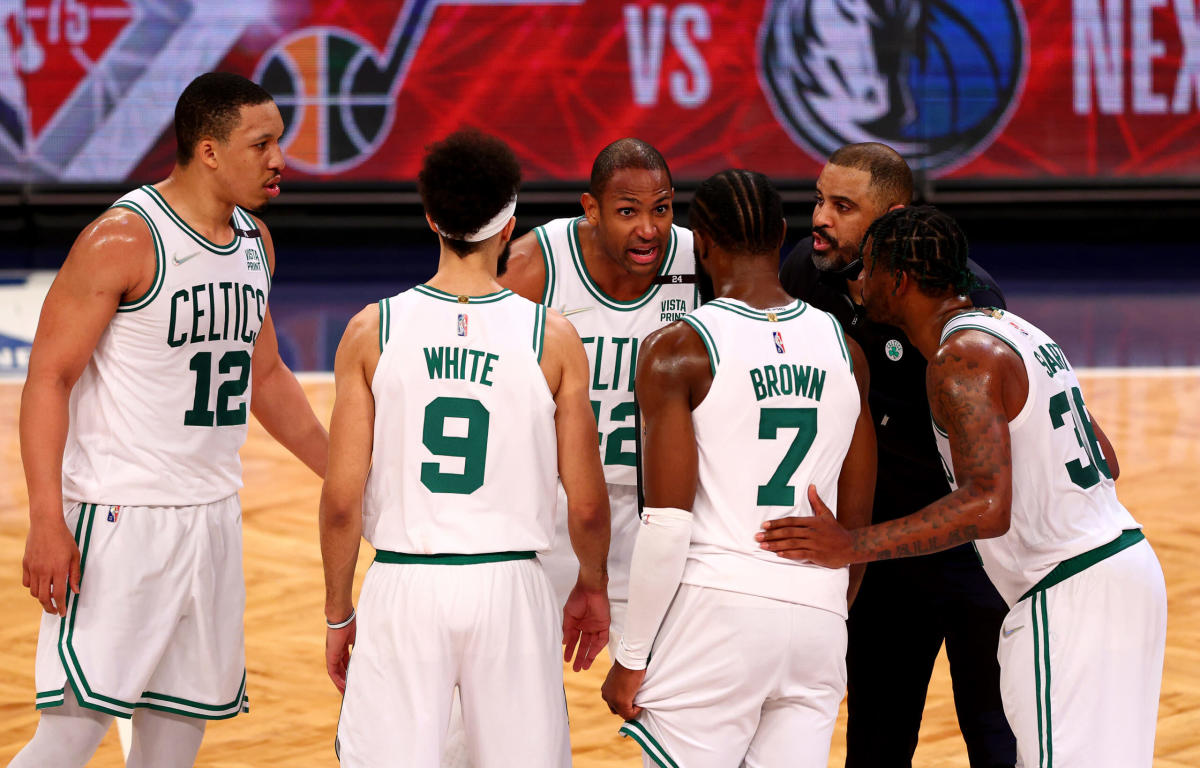 Three Boston Celtics players up for contract extensions in 2022-2023: 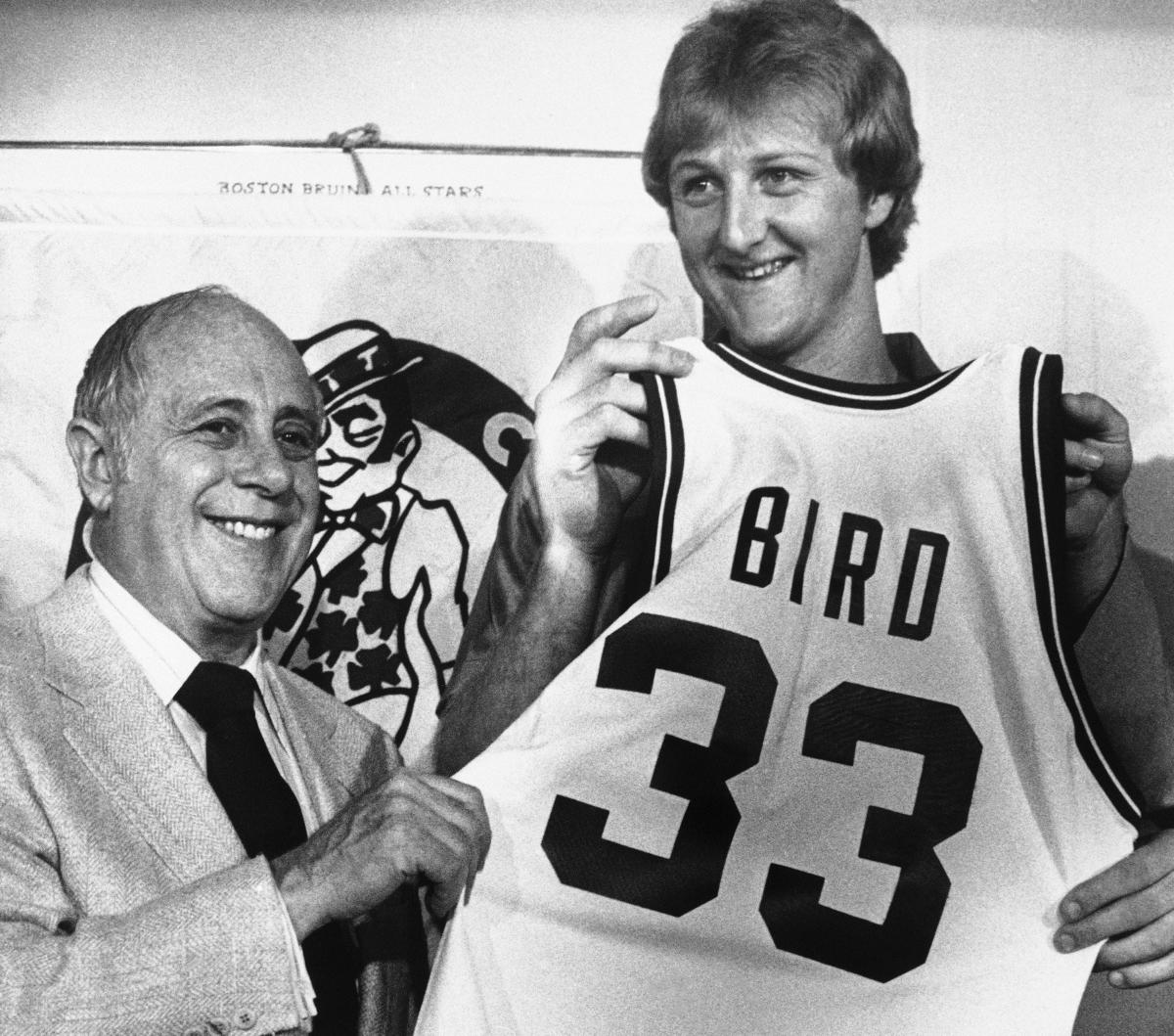 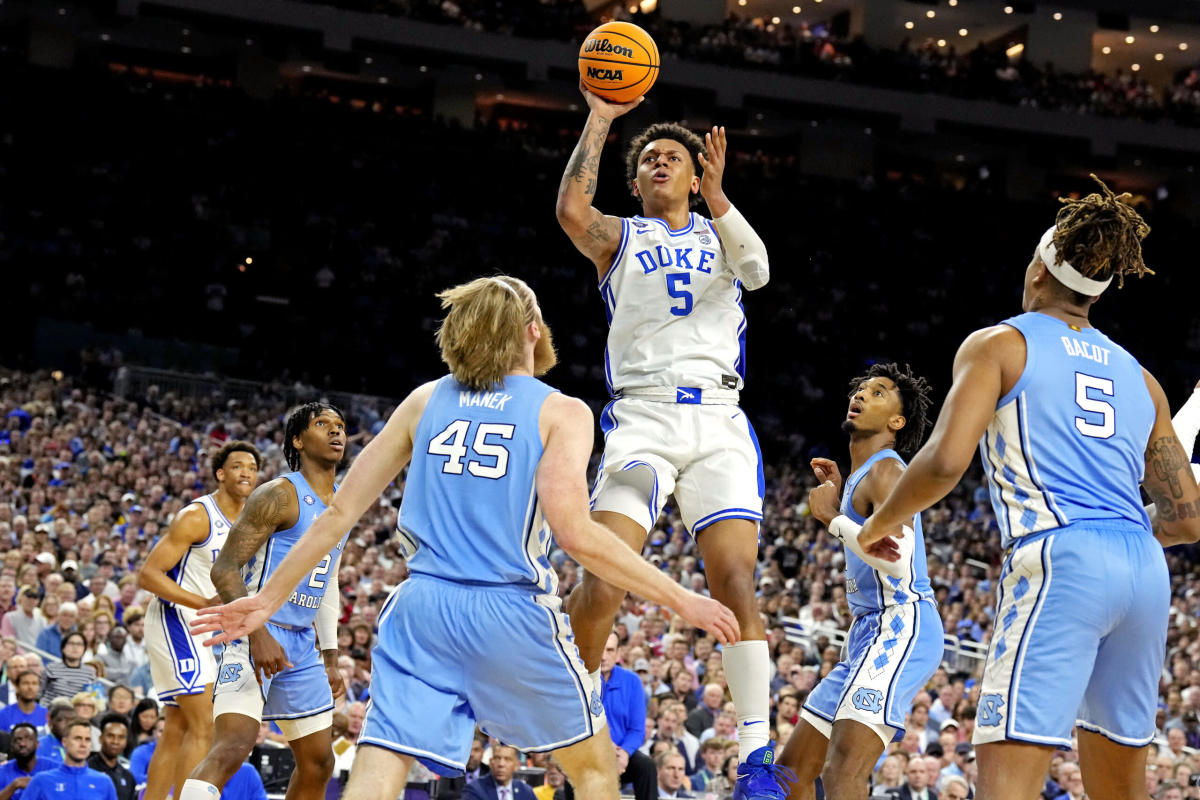